On the Other Side of Treatment: Penni Flynn's Story

On the Other Side of Treatment: Penni Flynn's Story 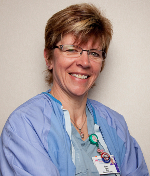 Just four months earlier, the results of Flynn's annual mammogram were normal. Flynn admits, "I didn’t do a monthly self breast exam like you’re supposed to." A few days before Thanksgiving, she did a self exam and discovered a lump. "Something didn’t seem right," she says.

On the morning of her mammogram, Flynn went to work as if it were an ordinary day - with one exception. "I prepared myself for the worst. My grandmother and great aunt both had breast cancer," she explains. By early afternoon, Flynn had an ultrasound and biopsy. "After the biopsy, I got an ice pack and finished my shift."

When the test results came back - and she heard the words no one wants to hear - she was alone. She says, "I didn’t have anyone with me because this was a workday."

After hearing the diagnosis, Flynn’s initial thoughts were how this would affect her loved ones. "I thought of my husband, Dan, and my young boys," she says.
Ten years earlier, Flynn’s younger brother died of cancer, and she knew her parents would be heartbroken. "The hardest part was telling my mom and dad another of their kids had cancer," she says.

Flynn’s mind was flooded with questions about what the future would bring. She asked herself the most daunting question, "Am I going to die?" She boldly put her doubts to rest. "No. I have too much to live for. I have my husband, my two boys and my family. I am going to see my kids grow up," she said with determination.

On Dec. 16, 2005, her 16th wedding anniversary, Flynn underwent a lumpectomy with auxiliary dissection to remove the malignant cells. With her medical training and experience in the operating room, Flynn said "in some ways, it was easier for me. I’m more informed than the average patient."

Throughout Flynn’s treatment, her family was by her side. When Flynn was in surgery, the waiting room was filled with her family members. "They were all there," Flynn says with a smile. Her husband and parents came to every chemo treatment. "My family was very supportive through the whole thing. My coworkers rallied around me. A lot of people were rooting for me."

Going through eight rounds of chemotherapy wasn't easy. "I wouldn’t wish chemotherapy on anybody. It’s not something you would wish on your worst enemy." The chemotherapy treatments left Flynn nauseated and tired, but her spirit stayed strong. "Ninety-nine percent of survival is attitude," she says.

"I was tired, but I never missed a day of work. I wasn’t going to sit home and feel sorry for myself," Flynn says. "I was too busy with my boys and work." After getting the boys ready for school, Flynn came to work. "The patients were sick. I wasn’t."

Although Flynn didn't allow the disease to take over her life, it did change her appearance. “Three days after my second treatment, I lost my hair. When I went to bed, I had a full head of hair. The next morning, when I got the boys up, I was wearing a bandana." She says, "My youngest was scared, and that scared me."

Flynn decided to have a little fun with her new accessory. "The kids were excited to see what color bandana I would wear," she says.

Flynn’s treatment lasted the next several months. By Mother’s Day, Flynn started her last round of chemo and by July 20, 2006, she had finished 31 rounds of radiation. Flynn felt a sense of comfort by the constant routine. After the radiation treatments ended, Flynn asked, 'Am I OK?'
"When my hair started to grow back, I thought, 'Yes, I am going to be OK!" she says.

Going through this experience gave Flynn a new appreciation for her workplace and her coworkers.
"Because we work here, we know UW Health is a great institution. We offer a lot of great services to patients. As a patient, I can truly appreciate the services and really see how everything works," she says. "There are a lot of great caring people who treat you like a friend."

The UW Health Breast Center team provides care for the whole person with a coordinated approach, particularly in diagnosing and treating breast cancer. The Breast Center is a state leader in breast cancer treatment and was recently certified by the National Accreditation Program for Breast Centers as well being designated as a "Breast Imaging Center of Excellence" by the American College of Radiology.

In December 2010, Flynn will reach a five-year milestone of being cancer-free. Thinking back on what she experienced, she says, "Going through this does change you. It’s a part of me. And if I can survive this, I can survive anything."