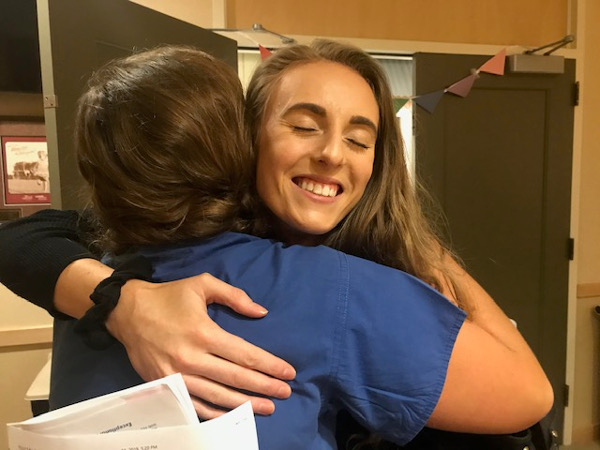 Andrea VonMarkle has only hazy memories of the events leading up to her becoming the first adult patient ever to receive anakinra, an anti-inflammatory drug, for a life-threatening seizure disorder.

In December 2017, she was working three jobs to put herself through community college when she started to have memory problems.

"For two or three weeks, I felt like I had the flu," says VonMarkle, a 21-year-old from Calumet, Mich. "I had headaches, confusion and forgetfulness ... one of my professors later told me he was worried I was on drugs!"

But her doctors believe a brain inflammation put her into non-stop seizures. The condition, rare and seen more often in children, is called FIRES, for febrile infection-related epilepsy syndrome.

When her aunt came to her home in Michigan's Upper Peninsula on New Year's Eve, the door was wide open on a cold winter night and VonMarkle was on the floor having a seizure. She had no history of epilepsy.

It would be more than a month before she would regain consciousness. Her local hospital didn't have a neurologist, so she was taken by ambulance two hours to Marquette, Mich. The neurologist there realized she was in status epilepticus, a condition that means non-stop seizures; it can be fatal or cause irreversible brain damage.

He decided she needed to be at an academic medical center. And because the weather was bad in Michigan, VonMarkle says, the helicopter brought her to Madison rather than Ann Arbor.

Here at University Hospital, a team of neurologists worked to control her seizures. They kept VonMarkle in a medically induced coma for 31 days to prevent damage to her brain, trying a variety of drugs to reduce the seizures. Nothing worked completely.

Her team researched some atypical treatments, including rituximab, a drug used in chemotherapy. One candidate was anakinra, a drug typically used in rheumatoid arthritis and other inflammatory conditions, that had been successfully used on a child FIRES patient at Mayo Clinic. Her team decided to try it.

VonMarkle received the drug on Day 32, and within a day, her seizures stopped.

"I was really surprised at her response," says Dr. Erik Tarula, a specialist in status epilepticus. "While there were multiple therapies tried that could have contributed to her overall improvement, the speed and completeness to which she responded to the anakinra really made me believe that we had the key to her treatment." 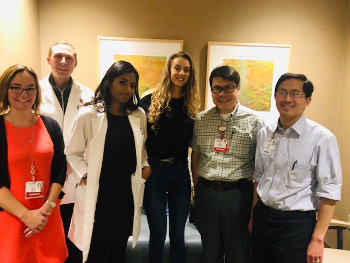 Doctors also thought a ketogenic diet could prevent the seizures from returning as she was weaned off her sedation medication. The pediatric neurology team at the adjoining American Family Children's Hospital had experience in using the diet on patients who were in induced comas, so she was transferred next door.

At AFCH, pediatric neurologist Dr. David Hsu, who is experienced in the keto diet, joined her team of physicians. They began the diet, which eliminates almost all carbohydrates, but Hsu says, "we were never able to get her into ketosis because she was on so many medications."

Still, VonMarkle began to come out of her sedation very quickly. She had a trach tube and a feeding tube, and began trying to take them out, a sign she was coming to consciousness.

"I don't remember a whole lot," she says. "I do have memories of being trapped in my body. I couldn't move and I couldn't talk. I would never wish that on anyone."

She had physical and occupational therapy, regained her ability to walk, and after a while was posting makeup tutorial videos from her room at AFCH.

"We were amazed at how quickly she progressed," says Hsu.

VonMarkle also became a favorite of the nurses at the children's hospital, some of whom were just a few years older than her.

"She was very relatable," says AFCH nurse Molly Milborn. "Every day we would see her get stronger and able to do more. She was such a miracle and it was so great to watch her. She stayed very positive, her spiritual health was a game-changer. I believe in the power of prayer, I believe it really does work. That is something we had in common."

Adds 7th floor colleague Lori Williams, "We were really inspired by her."

VonMarkle, who spent more than 10 weeks in the hospital, had a chance to meet up with some of the huge team that cared for her when she returned for a checkup this fall.

"When I first came through the door of the hospital I started crying," she said. "I can't believe how much I went through here, and how much time I spent here. I can never thank you enough."

Today VonMarkle remains seizure-free, but hasn't been able to return to school. She struggles with being able to afford her medications.

"My insurance has dropped me twice," she says. "This summer I was working three jobs just to pay the $1,500 a month out of pocket costs of my drugs. And they're generic."

VonMarkle's first-ever case has been written up in the Wisconsin Medical Journal and she will be featured in a story in Science magazine in December.