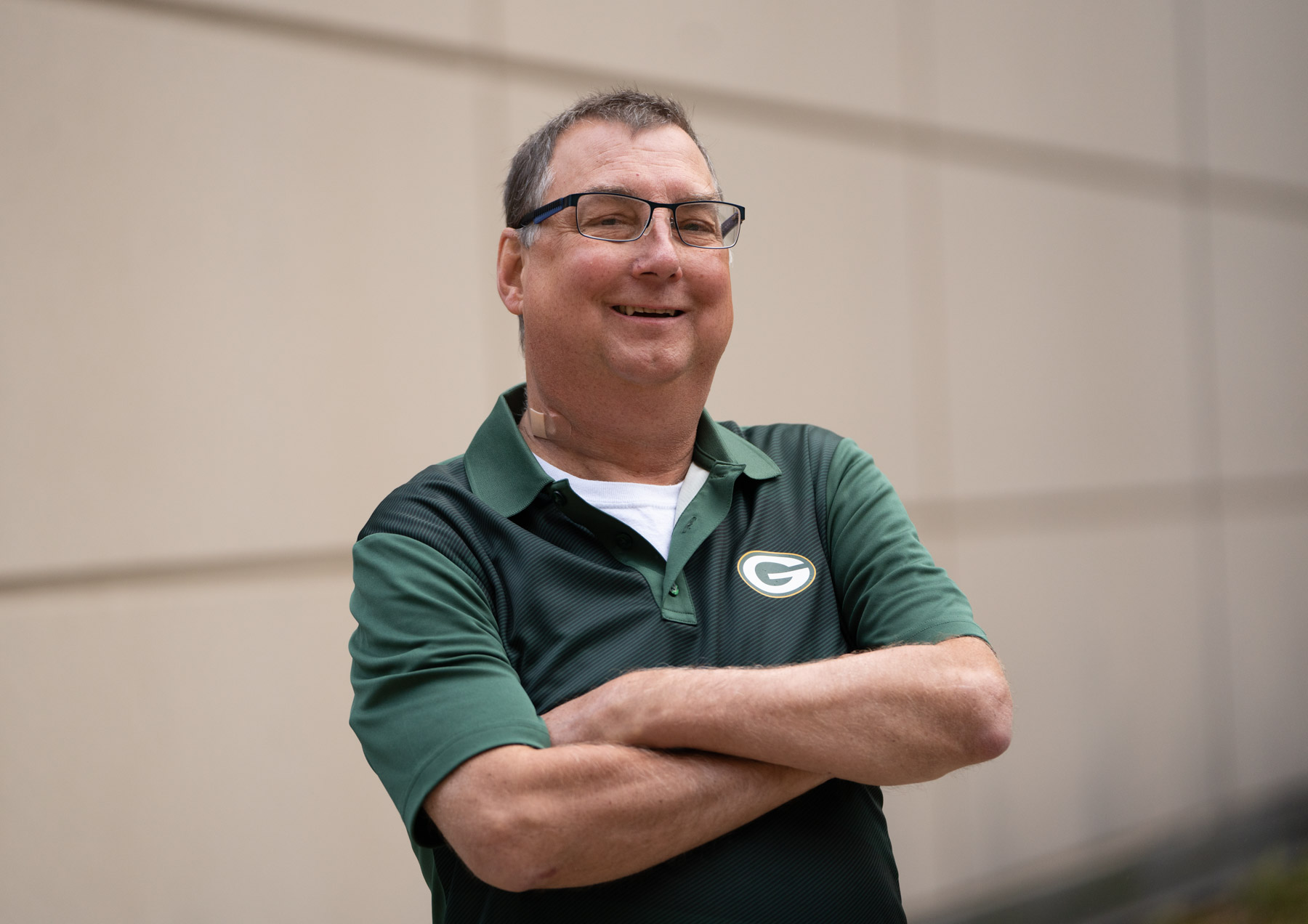 Throughout his life, Jeff Hartmann has never stayed still for very long. During the day, the Janesville, Wisconsin man worked as a machinist, and on the weekends,  he kept busy golfing, fishing, doing yardwork and swimming. In 2017, however, he was forced to slow down as his chronic heart problems finally caught up with him.

He had been diagnosed with congestive heart failure in 2001 and managed it with medications for 16 years. But then, he started experiencing major symptoms of heart failure, including shortness of breath and inability to accomplish simple tasks like mowing the lawn. “I couldn’t even walk from the bedroom to the bathroom without huffing and puffing,” he says.

Jeff worked with his doctors at UW Health to find medications that would improve his health, but soon, he was out of non-invasive options. In the spring of 2019, he received a left ventricular assist device (LVAD), a mechanical pump installed inside the chest to help a weakened heart pump blood. But, after about a month, even the LVAD wasn’t enough to restore his quality of life. In July 2019, he was placed on the wait list for a heart transplant. Less than three weeks later, he learned that a heart had become available and received his gift of life on July 25.

Both before and after his transplant, Jeff says, his caregivers at University Hospital made everything much easier for him. “They explained everything to me,” he says. “It was just an overwhelming experience. Every day, someone new was coming into my room to talk to me about what to expect—doctors, therapists, nurses and dietitians.”

Now, Jeff spends his time working to increase his strength and stamina, which are important, especially when he cares for his granddaughter. Jeff becomes teary-eyed when he talks about his life-saving transplant. “I’m really grateful for the family that chose to donate this heart,” he says. “I want everybody to know that a heart transplant is a wonderful thing. I feel so good now.”