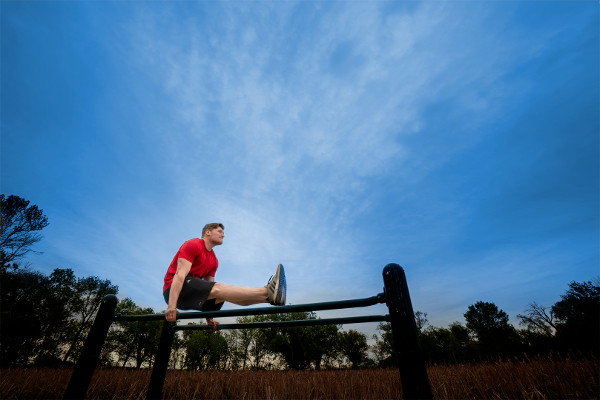 An outsider might wonder why Casey McDermott chose to donate part of his liver to a woman he had only met a couple of times. After all, he certainly had plenty going on in his life - he was 24 and had recently moved to Fort Collins, Colo., to pursue a master's degree in toxicology. He was in his prime, but he chose to take a break and give the gift of life. Casey's reasoning is simple: "She needed a liver, and I had one."

When he was growing up in Mayville, Wis., Casey played basketball throughout high school and became friends with his team's assistant coach, Matt. After Casey finished his undergraduate degree at University of Wisconsin-Whitewater, he asked Matt - who was now head coach at the high school - if he needed an assistant. Matt readily accepted, and Casey became even closer with Matt's entire family.

Casey first met Matt's wife's sister at a benefit the family organized for her in June 2018. She needed a liver transplant, and he had followed with interest on social media as her family asked others if they would consider being tested as potential donors. He asked the family if they wanted him to be tested, but they declined, since he was starting graduate school at Colorado State University that fall. However, after a potential deceased donor didn't work out for the sister, Casey decided to be tested at University Hospital in Madison, over his Thanksgiving break. "The next thing I knew, I was the guy who had a matching liver," he says.

He planned the surgery to take place over his holiday break from school. While the procedure was delayed a few weeks because of the recipient's health, he ultimately donated his liver on January 11, 2019. Luis Fernandez, MD, FACS, was his surgeon. "He's a very charismatic guy," says Casey. "He always had a smile on his face. All of my anesthesiologists were incredible people, too."

After leaving the hospital, Casey stayed with his parents for about a week to recover and then drove with his dad back to Colorado. His first day back to classes was Jan. 29, and while he became tired easily, he was able to ease back into his prior life. Every week, he gained more strength, and by late spring, he was pushing himself harder than ever during workouts at the gym. His liver has now regenerated, and he has unceasing motivation to make the most of every moment.

Casey has also become even closer with his recipient's whole family. "These people mean a lot to me," he says. "I didn't know her well, but I couldn't live with myself knowing there was something I could do to help her. It was an opportunity to do some good."