Platelet-rich plasma (PRP) therapy uses a patient's own blood to speed the healing of stubborn tendon injuries that do not respond to normal courses of rest and rehabilitation.

Say you're a runner whose normal exercise routine included three weekly four-mile runs. A year ago ankle pain forced you to at first reduce how far and how often you run, then eliminate running altogether, because the pain was so persistent. You tried rest. You tried rehabilitation with a physical therapist, but the ankle pain wouldn't go away.

You fear you might have to give up running entirely.

And you might be a candidate for PRP, says UW Health Sports Medicine physician John Wilson, MD, MS. 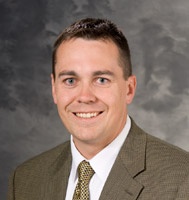 "I always like to start with rest and tried-and-true physical therapy," Dr. Wilson says. "When those things aren't working, PRP might play a role. We tend to use it with patients who have tried everything else but it hasn't worked."

Injuries to tendons, which connect muscle to bone and provide the impetus for movement, can be tricky because blood flow, a key component in recovery, is scant to those tissues. Overuse injuries such as the one hobbling the aformentioned runner and those of the occupational, repetitive-stress variety encountered by physical laborers or desk-bound office workers who perform the same activity over and over, place too much stress on the tendon, which breaks down and and may not fully heal due to inadequate blood supply.

These chronic tendon injuries - tendinopathy, or the breakdown of the tendons' structure, as opposed to the inflammation of the tendons that characterizes tendonitis - need a boost, and PRP may provide it. During PRP, a small amount of blood is drawn from the patient and spun in a centrifuge to separate the red blood cells from the plasma. The resulting, platelet-rich substance can then be injected into the troublesome tendons to catalyze healing.

"Platelets are the body's big storage container for growth factors," explains Dr. Wilson. "By concentrating those growth factors and delivering them directly to the tissue, we hope to speed the healing of injuries that otherwise might take a long time."

PRP is no miracle cure."It's not like a cortisone shot, where you feel better the next day," says Dr. Wilson.

The plasma injection is just the first step. The second is a deliberate, attentive rehabilitation program.

"Tendons need stimulation," says Dr. Wilson. "Physical therapy is a very important part of it. If we just put somebody in a cast for six weeks after PRP, the tendon would end up being worse off." 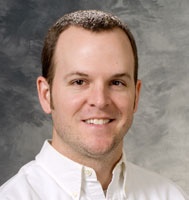 "For the tendon to heal, it needs to be stressed in a progressive fashion," says Ken Krogman, ATC, MPT, a physical therapist for Sport's Medicine's rehabilitation team.

Generally, that means a rehabilitation regimen that starts with concentric exercises, during which muscle groups are shortened against resistance. As strength builds, therapists can introduce eccentric exercises, which lengthen the muscles against resistance. Examples include Thera-Band® drills for the rotator cuff, dumbbell exercises for the forearm tendons, single leg lowering for the knee, and heel drops for the Achilles tendon. The goal of rehabilitation is to re-establish full range-of-motion in the affected area with an increase strength and endurance, all with an eye toward eventually returning patients to their normal activities.

"We increase the intensity of the exercises to reflect what they're going to encounter functionally in their activities and sports," says Krogman.

Recovery periods vary according to the severity of injury and how long the tendon problems have existed prior to treatment.

"Patients who have had a tendon problem for years are probably going to be slower to progress," Krogman says. "For patients we get to reasonably early, the progress may be more rapid. If everything goes according to plan, we anticipate patients can return to sport at close to 100 percent in three months or so."