When Facebook is a Life-Saver: 8-Year-Old Finds Living Kidney Donor

When Facebook is a Life-Saver: 8-Year-Old Finds Living Kidney Donor 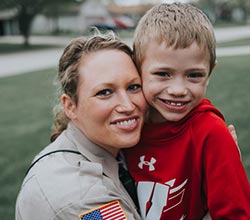 When Kristi Goll learned her 8-year-old son, Jackson, needed a kidney transplant, she shared it with her Facebook friends and asked them to consider donating:

"Social media has the ability to go a long ways, and Jackson’s transplant social worker reassured me of this. Please help me get the word out.”

1,500 shares and 333 comments later, her post caught the attention of an old friend who works in television, and a story on a Madison news outlet followed. It was that story, shared on Facebook, that caught Lindsey Bittorf’s attention.

"It said Jackson needed an O+ blood type donor who is healthy," said Lindsey. "I thought, that’s me! I can do this."

Lindsey, who is a police officer and a mother herself, said: "If this were my child, I would hope every other mother would step in and help." 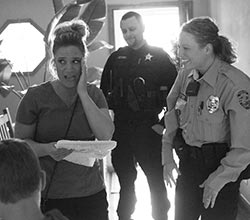 Even though Lindsey had never met Jackson or his family, she went ahead and contacted the UW Health Transplant Program in Madison, Wisconsin, to initiate the process - but it turned out Lindsey was in a long line of willing donors who had also read about Jackson on Facebook.

"We had more than 50 people contact us, stating they were interested in learning about being a living donor for Jackson," says Beth Gerndt Spaith, a transplant nurse coordinator at UW Health. "When these stories happen, it gets a little crazy for us, but we welcome the interest. It often results in more happy stories like Jackson’s."

With more than 100,000 people in the U.S. waiting for a kidney transplant, living donors are in high demand. People who are considering living donation can complete a form on the UW Health website, or contact a transplant center near them.

"I wanted to be Jackson’s donor," says Lindsey. "It was an awesome day when Beth confirmed we were a good match." 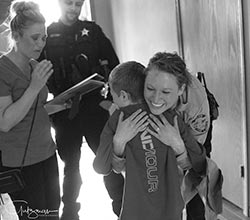 As it turned out, Kristi and Lindsey learned they are connected through many friends and distant family links, and likely had crossed paths at some point in their lives.

"All along, I thought this was fate," says Lindsey.

When Lindsey, and her husband Ryan, who is also a police officer, stood at the door waiting to meet Kristi and tell her the search for a donor was over, it was Jackson who saw the patch on Lindsey’s uniform.

"Mom, I think there’s a Boy Scout at the door," said Jackson.

Little did he know it was another kind of service-minded person, about to save his life.

Kristi is overwhelmed with Lindsey’s offer. 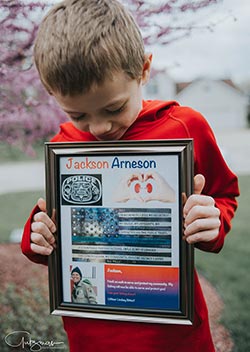 "I’m so happy just thinking about Jackson’s future, and all the things he’ll be able to experience after his
transplant," says Kristi. "Lindsey is a beautiful person for giving him his future."