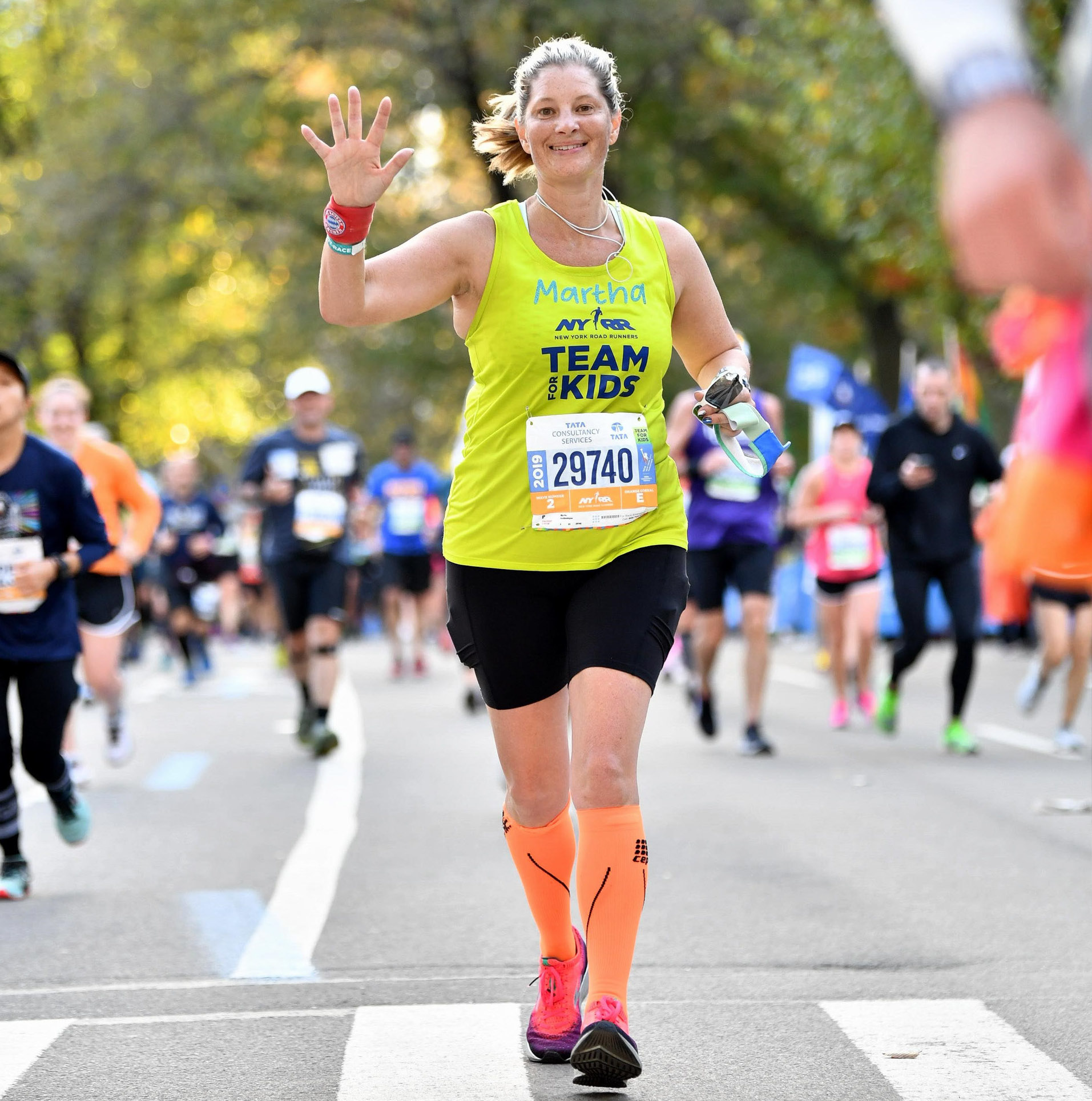 Martha Van Bendegom running in the NYC Marathon in November 2019 after having herniated disc surgery.

Pain – especially searing pain that never goes away – can be debilitating for anyone. For a marathon runner and avid downhill skier like Martha Van Bendegom, months of pain radiating down her leg, due to a herniated disc, also took away two of her greatest passions.

“Training for a marathon by yourself is not always fun, but there is such a great sense of accomplishment on race day,” says Martha, a wife and mother of two girls -- ages 13 and 10 – from Middleton, Wisconsin. “There’s great satisfaction in setting a challenging goal and reaching it. When the pain prevented me from doing these things, I felt confined both physically and emotionally. It reached a point where I couldn’t walk or even sit. I was just a miserable slug in a lot of pain.”

Herniated discs – which occur in the spine -- typically result from years of impact. The disc tears, creating a small opening that allows a piece of the disc nucleus to burst through, or herniate. When this herniated segment pushes directly on nerves just outside the disc, pain – usually in the glute and down the leg – is the consequence.

Martha first herniated her disc in 2014 but managed the pain for two years with physical therapy and pain-relieving lidocaine injections. Unfortunately, things got much worse in early 2016 after she broke her leg slipping on the ice while taking out the trash. Surgery to repair Martha’s ankle required insertion of nine screws and a metal plate. Using crutches and a walking boot, Martha got by, but the pain and tingling only intensified.

“It reached a point where my left foot stopped working normally,” she says. “It was one thing to give up running and skiing but even walking through the grocery store became very difficult.”

Martha knew something had to be done. She discussed several options with UW Health Neurosurgeon Nathaniel Brooks, MD, ranging from more physical therapy and lidocaine injections to surgery.

A highly reputed surgeon who specializes in spine repair, Dr. Brooks told Martha he could improve her herniated disc by performing a microdiscectomy, a minimally invasive procedure that removes the piece of disc that was pressing on the nerve and causing pain.

“Today, we perform microdiscectomy endoscopically as much as possible,” says Dr. Brooks, “It offers many advantages over open surgery, including high success rates, faster recovery, preservation of spinal mobility, no overnight hospital stays, and an even smaller incision.”

“The first week or two can be a little painful,” says Dr. Brooks, “but most patients do very well by the sixth to eighth week after surgery.”

Back to skiing and running 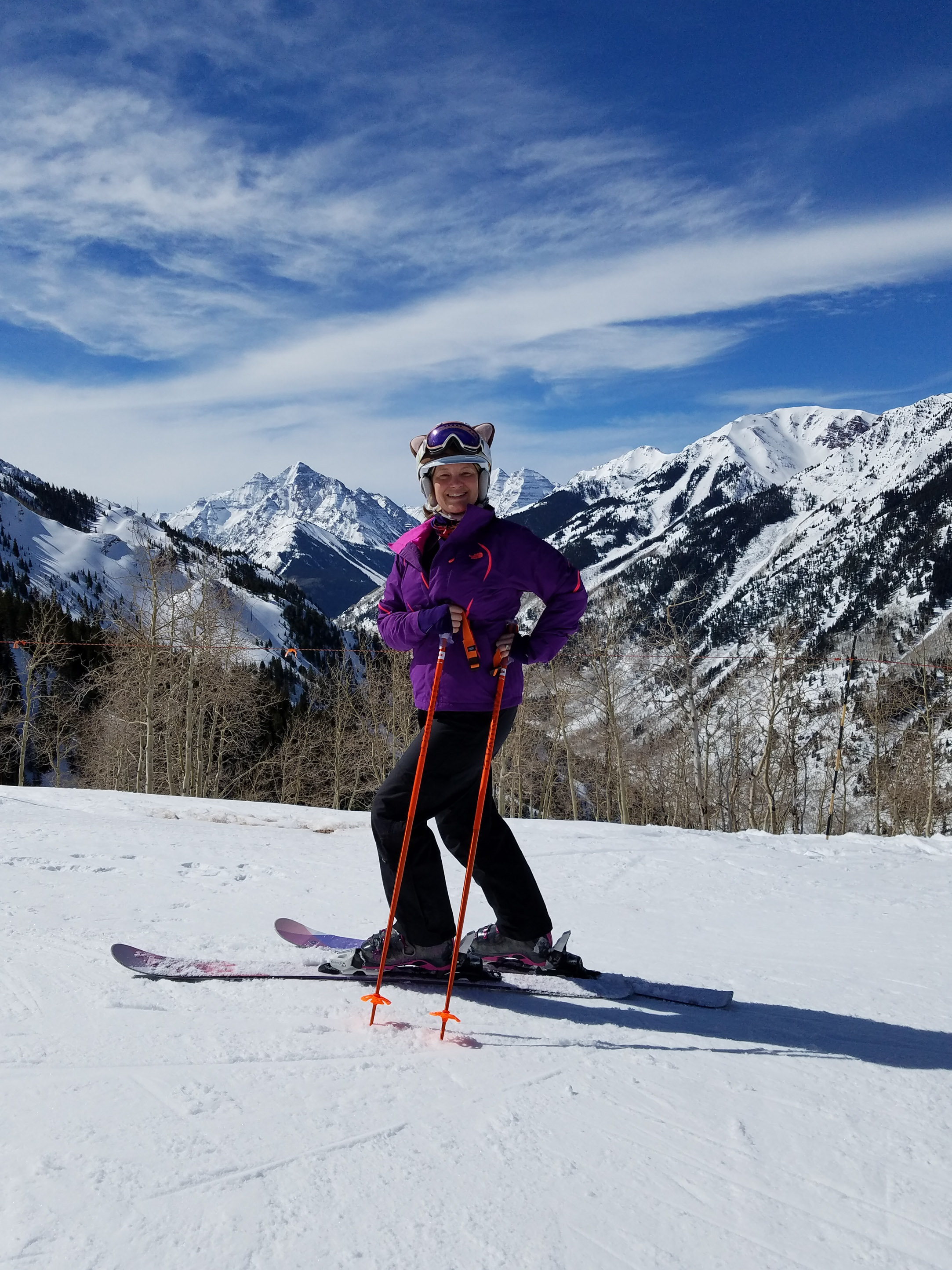 Martha wasted little time, hopping back on the Colorado slopes just two months after surgery. Not long after that, she put on her sneakers and started training for a half marathon (13.1 miles), which she completed in her 11th month after the operation.

“It felt really good to finish that one,” Martha recalls. “It was nice to be reminded of who you want to be, instead of who you are stuck having to be.”

A few more half marathons followed in the ensuring years. By November 2019, Martha realized one of her greatest dreams -- running in the New York City Marathon.

“It was thrilling and empowering,” she says. “When I think about how I used to cry out in pain just to get up from a chair, I feel so incredibly grateful to Dr. Brooks and the UW Health team.”

Given Martha’s passion and good health, it would be hard – and probably not very smart -- to bet against her.