Cancer Survivors on the Catwalk

Cancer Survivors on the Catwalk 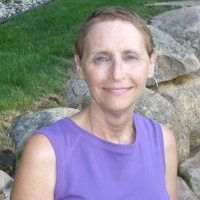 Madison, Wisconsin - Cancer can be described as anything but glamorous. This September 13, however, survivors will let their style take center stage in a fashion show to raise money for the UW Carbone Cancer Center.

Carbone's Passion For Fashion will feature clothing, hair and makeup from local retailers and salons, all with the purpose of proving just how beautiful it is to beat cancer.

Donna Hellenbrand, one of the show's models, finished her last treatment for breast cancer in June. After her diagnosis last November, Hellenbrand underwent surgery followed by several months of chemotherapy and radiation in an aggressive push to rid herself of the invasive ductal carcinoma, a common form of the disease.

"Standing up there in front of everyone is a way for me to express that life can be okay after going through so much," she says. "I want to be an example to show others that after such an ordeal, women can still have style and grace."

Modeling for Passion For Fashion is just one of several steps Hellenbrand has taken toward becoming an advocate in survivorship.

"Connecting with others at the event is an opportunity to offer myself as a resource and help with the experience of cancer," she adds. "I couldn't have done it without my friends and loved ones who helped me through it, and I want to pass on that support to those who might need someone to lean on."

Passion For Fashion emcee Gail Konop Baker agrees that the event is a perfect way for women to reclaim their bodies in the aftermath of going through such a life-changing event. 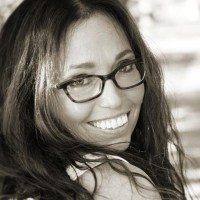 A breast cancer survivor herself and author of Cancer Is A Bitch, Baker maintains that "in surgery or in treatment, we entrust our lives to medicine and hope for the best, but when we walk out of the hospital after treatment, our bodies still belong to us."

"What better way to reclaim our bodies than by modeling in a fashion show?" she adds.

Baker was also taken aback by the outpouring of response from the over two dozen businesses in the Madison area that have donated supplies for this fashion show.

"It's inspiring to see members of the community all rallying together for this cause," she observes. "Seeing the whirlwind of enthusiasm and energy surrounding the event makes me proud to be involved."

Karen Cook was motivated to volunteer her time for Passion For Fashion by observing the strength of cancer survivors she's interacted with in her work. Providing hair and make-up for the event on behalf of Aniu salon in Middleton, Cook feels inspired by the courage she witnesses.

"Giving women who have gone through cancer treatment the confidence in their outer selves is just a way for their inner beauty to resonate," says Cook. "As a stylist, it's so easy for me to see how pretty they are, but sometimes it's a matter of holding up a mirror to themselves and the world."

On September 13 at the Edgewater Hotel in Madison, that mirror will be a catwalk, and the stars of the show will emerge to fight cancer, one pose at a time.