All Natural: On the Hunt for New Chemical Structures

All Natural: On the Hunt for New Chemical Structures 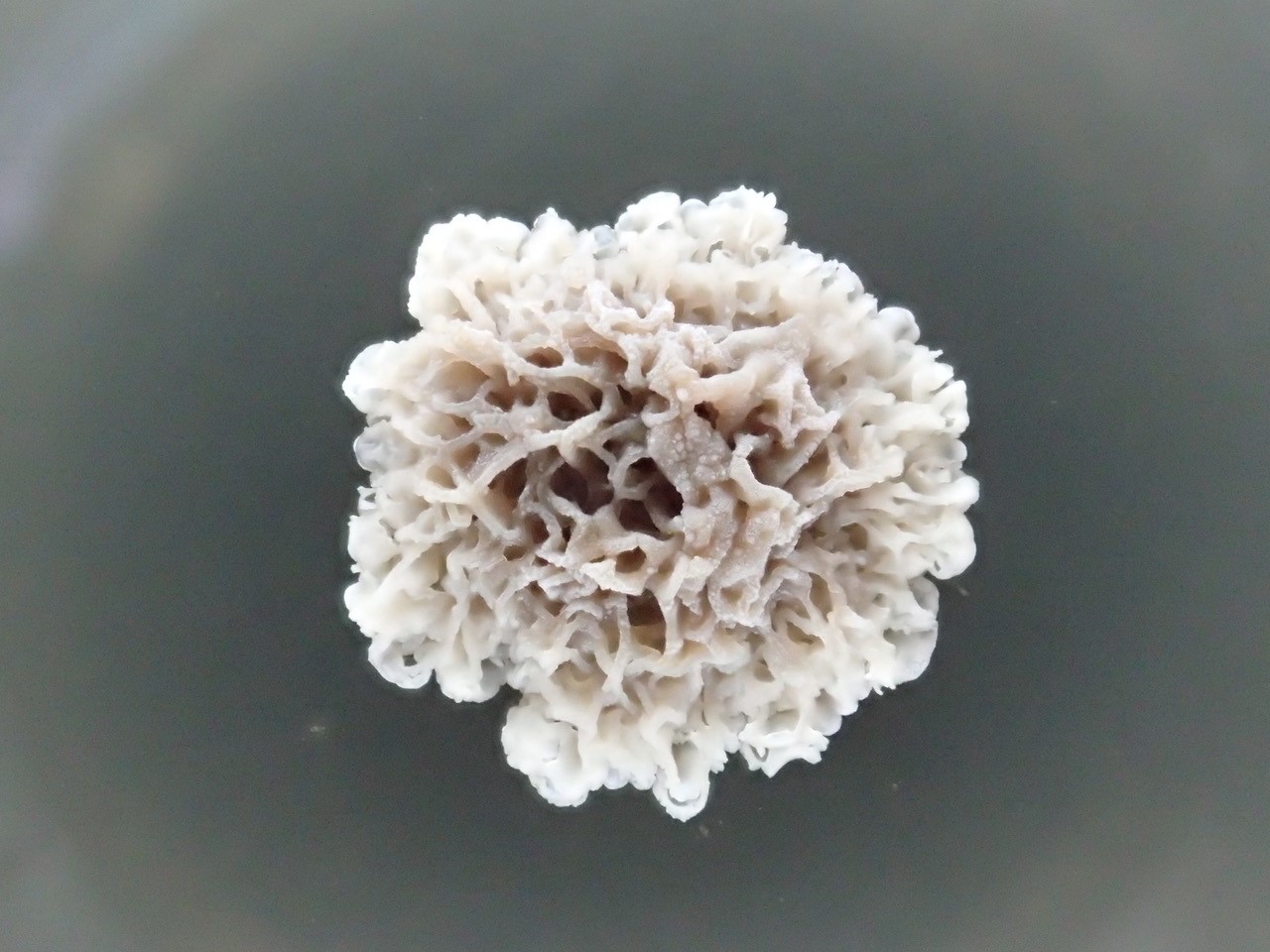 A close-up image of a bacteria strain. Photo: Bugni Lab

“This one’s really cool,” said Tim Bugni, pointing to a neon, amorphous mass on his computer screen, an up-close photograph of a bacteria culture called Streptomyces. Bugni, PhD, is a professor of pharmacy at UW-Madison and UW Carbone Cancer Center member whose appreciation for bacteria extends beyond an aesthetic appreciation of their bizarre shapes and bright colors. These bacteria are microscopic chemical factories, pumping out previously unknown molecules that could be used as new drugs to treat cancer.

These new molecules are called natural products because they are produced from organisms rather than being synthesized by human hands in a lab and have traditionally been a key source for new drugs.

“If you look at anti-cancer agents, 60 percent of these drugs have roots in natural products,” Bugni said. “Historically, they have been one of the best sources of drug leads.”

Many different bacteria strains, however, will produce the same natural products, limiting the number of new molecules that can be discovered in a single experiment. Bugni instead uses modern mass spectrometry screening technologies that allow his research group to quickly screen different bacteria strains as promising sources of new natural products.

“We can usually eliminate up to 90 percent of bacterial strains from the start with the screening methods we’ve developed in our lab. This lets us focus on far fewer strains but the chemical diversity we end up seeing from these strains is quite large,” Bugni said. “It’s estimated that you’d need to look at 100,000 to one million different Streptomyces strains to find one novel class of molecule using traditional approaches. With our approach, we have an example where we looked at 36 bacterial strains and got three completely new classes of molecules.”

Bugni has recently applied his screening methods to identify new natural products that inhibit the TGF-β pathway, a cellular process that could play an important role in cancer metastasis – when tumor cells spread from one part of the body to another. For this project, he collaborated with fellow UW Carbone Cancer Center member Michael Hoffman, PhD.

Of the 41 new molecules that showed some inhibition of the TGF-β pathway, one was selected to be studied further. Studies with worms and mouse cells suggest this new natural product does inhibit the TGF-β pathway. The next step is to test the effect of this molecule in mice.

In addition to his own research, Bugni recently started as the faculty leader of the UW Carbone Cancer Center Drug Development Core (DDC). In this role, he hopes to bring new technology to the DDC’s small molecule screening facility.

“We’re working right now to implement yeast chemical genomics assays in the DDC,” Bugni said. “This is an inexpensive method that we’ve used in our group that allows us to quickly develop a hypothesis about the mechanism of how our natural products interact with biological systems. It would be exceptionally valuable for the chemists on campus.”

In the meantime, Bugni and his students continue the search for new natural products from their colorful gallery of bacterial strains.

“Millions of years of evolution have given these bacteria genes tailored to make potent and unique chemical structures. We just need to find them.”