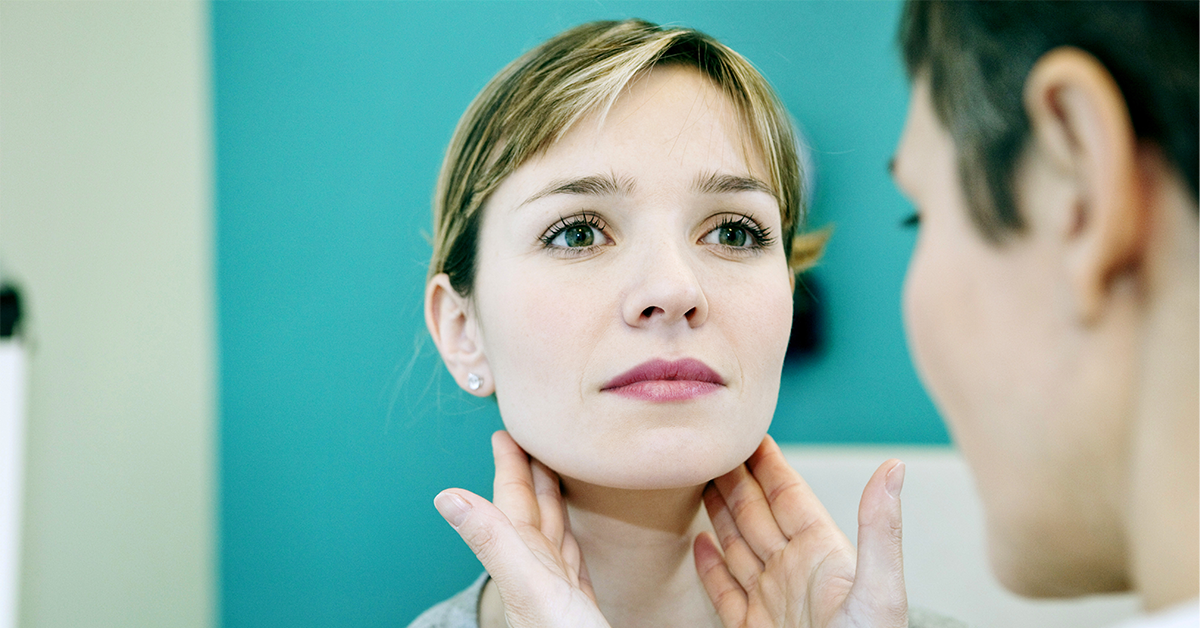 Thyroid cancer is more widely detected than ever before, making thyroid cancer the most rapidly increasing cancer in the United States. The American Cancer Society estimates rates of thyroid cancer diagnosis have tripled since the 1980s.

Thyroid cancer is diagnosed at a younger age than many other cancers and women are three times more likely than men to have it. The rapid increase of thyroid cancer detection is likely due to the increased use of imaging technology.

As ultrasound imaging becomes better and more frequent, more thyroid cancer is being detected and at earlier stages than ever before. Improvements in imaging means small lumps, called nodules, can be detected much earlier than in the past. In many cases, these nodules are benign and can be left alone, although they may need to be monitored. In other cases, they may be cancerous and need to be removed.

Dr. Kristin Long, a UW Health endocrine surgeon, said it's become more common for a person who undergoes an x-ray or CT scan for a different reason to discover they may have thyroid cancer.

"We do more imaging for other things, and that imaging sometimes reveals possible nodules," she said. "We're finding them a lot more than we used to."

Dr. Long recalled treating a patient who received CT scans after a minor car accident. The person’s scans revealed advanced thyroid cancer, although he didn’t report any symptoms from the cancer.

"It’s not uncommon for a person with thyroid cancer to have a thyroid that is still functioning or for the person to initially not notice symptoms," Dr. Long said.

What’s Next When a Thyroid Nodule is Detected

When an imaging study or physical exam reveals a possible thyroid nodule, the next step is an ultrasound of the thyroid gland to pinpoint its precise size and location. If the nodule is larger than one centimeter, a needle biopsy is recommended.

The protocol for treating thyroid cancer has changed in the past ten years, Dr. Long said. Often, the treatment is less aggressive than in the past, when surgeons would most commonly remove the entire thyroid. Today, it’s more likely the cancer will first be studied to determine if partial or full removal of the thyroid is needed.

"A surgeon should discuss with the patient the size and type of cancer, if it has spread to the lymph nodes, and many other factors," Dr. Long said.

In cases where thyroid cancer is advanced or it’s an aggressive type of cancer, radioactive iodine treatment may be recommended. This treatment is a one-time pill given after surgery to destroy any cancer cells that may not have been removed.

For some small thyroid cancers that are less than one centimeter and have not spread, it may be recommended to avoid surgery and monitor them periodically without surgical treatment.

There’s No Such Thing as a 'Good Cancer'

Compared to many other cancers, thyroid cancer is treatable and has a lower rate of death. This has lead to its reputation as a "good cancer," two words Dr. Long says she and her colleagues absolutely hate to hear. While thyroid cancer is often what she would call “not life limiting,” that never means it’s good.

"I hate hearing that because it trivializes what the person is going through," Dr. Long said. "I try to strike a balance between reassuring them that it’s treatable, but also recognizing the seriousness of the diagnosis."