Living Liver Donation: The Gift of Life - From One Cousin to Another

Living Liver Donation: The Gift of Life - From One Cousin to Another 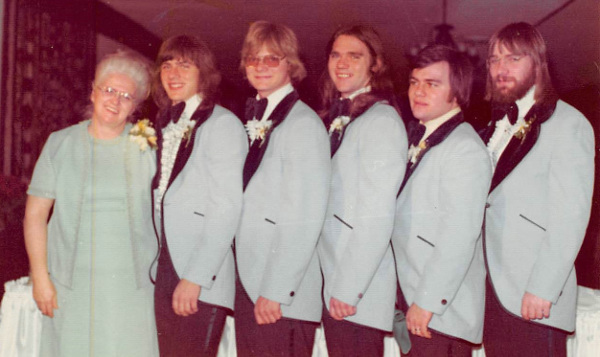 Brian Forrest had been thinking a lot about his 62-year-old cousin Richard Gillette, who was suffering from end-stage liver disease.

"Richard is one of five brothers who I had always looked up to when I was a kid," says Brian, 48. "When they were young, all five of them came up from Illinois during the summer to help out on my dad's farm in Stratford," - a village of 1,600 in northern Wisconsin, about 30 miles west of Wausau.

Two of the five brothers died in their 50s - and Brian didn't want to see a third Gillette brother die before his time.

As sick as Richard was in the spring of 2019, he was unlikely to receive a new liver from a deceased donor in time to save his life. Too many patients were ahead of him on the transplant list - and most of them were even sicker.

In the spring of 2019, Richard's brother, Garry, told Brian about a friend of his who got screened to become a living liver donor. (A living donor undergoes surgery in which part - not all - of the liver is removed. Within weeks, the liver grows back in size.)

"Talking with Garry made me think about becoming a living liver donor for Richard," says Brian. "At first, I assumed it was unlikely that my liver would be a match for Richard. Still, I was curious enough to look into it." 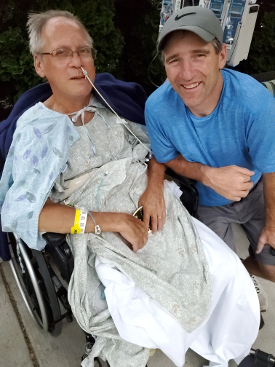 Knowing that Richard was being cared for by the UW Health Transplant Team in Madison, Brian spoke with Transplant Coordinator Beth Spaith the next morning.

"I knew my blood type matched Richard's, so Beth explained everything I would have to go through just to determine if I could be a donor," Brian says. "It was a little daunting."

To learn if he would qualify as Richard's liver donor, Brian would have to undergo three days of extensive screening in Madison. The outcome was out of his hands, but Brian found some comfort in that.

"My wife, Elaine, and I kept saying that God was driving the car and we were just riding in the back seat waiting to see where it would go," Brian says.

Also available to Brian - and to anyone considering becoming a living donor - are UW Health social workers who go over every facet of the process and stay engaged with living donors throughout their journey.

"While there is no medical benefit to becoming a living donor - and there clearly are risks - the emotional payoff of supporting a loved one or friend this way can be incredibly high," says UW Health Transplant social worker Paul Smith.

Brian made a point of involving his entire family as he weighed the pluses and minuses of donating part of his liver. If he was a match, Brian would undergo a complex surgery followed by six to 12 weeks of recuperation that would greatly impact Elaine, their five children, and the employees of his family-run dairy farm. He would not move forward without everyone's buy-in, which he received in full.

"A lot of people would have to pick up the slack for me. It took a village, and we were very lucky to have a village," Brian says. Following the screening process, Brian passed every test and the transplant surgery was scheduled.

With three surgeons required, along with two comprehensive medical staffs -- one for the donor and one for the recipient - scheduling a transplant surgery can take up to a few months to coordinate. Fortunately, everything fell into place for a July 1, 2019 surgery, a mere six weeks after Brian first thought about becoming a living donor.

Brian Would 'Do it Again In a Heartbeat'

Everything went well and today, Brian is fully recovered. Richard is back home in Rockford, Illinois with a new lease on life, thanks to his generous cousin.

"I would do it again in a heartbeat," Brian says. "For someone considering it, this is not something to take lightly. The first week after surgery was kind of tough, but by week five, I was just about back to normal. It's also amazing how quickly both my liver and Richard's grew back in just a few weeks. Most of all, this whole experience brought our family even closer. It's hard to put a price on that."