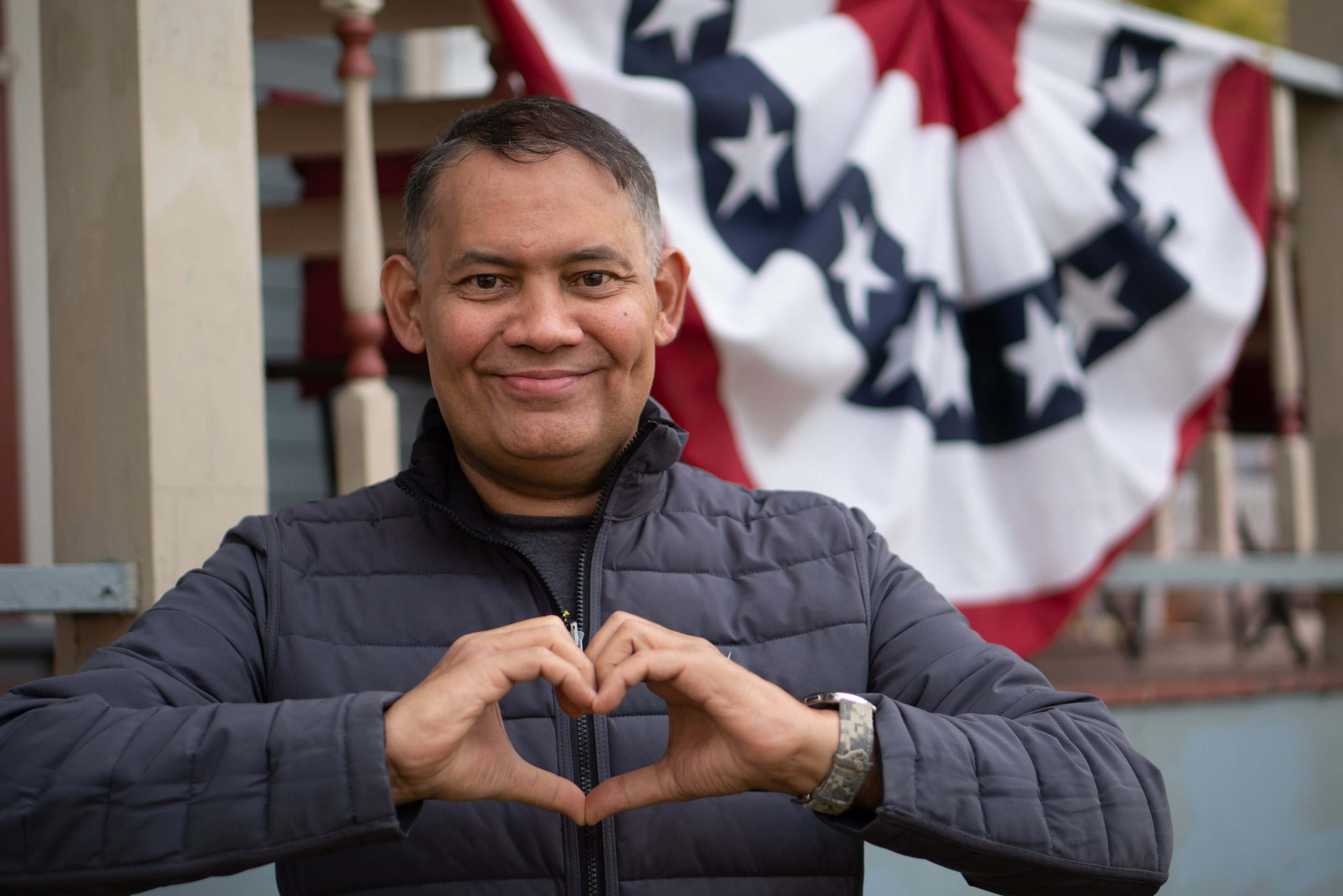 When Sonny Torres experienced his first heart attack, it took him a while to realize something was seriously wrong. After 12 hours of heartburn that led to sweating in the back of his neck and difficulty breathing, the Madison man took an Uber to the closest hospital and learned his life was in danger. A week later at a friend’s house, he had another heart attack, and an ambulance took him to University Hospital in Madison, where he received a stent to unblock his arteries.

Sonny, a U.S. Army veteran who served in the Persian Gulf War, had not visited a hospital for years and didn’t know he qualified for Veterans Administration benefits. UW Health staff quickly connected him with caregivers at the William S. Middleton Memorial Veterans Hospital, which is adjacent to University Hospital. In September 2018, he learned his heart was too damaged to recover and he needed a heart transplant. “It was super weird,” says Sonny, 48. “I was in denial. I had never been through anything like this. It was very strange to think that something I grew up with was going to be taken out of me.”

Before Sonny was ready for the gift of a new heart, however, he had some work to do. His transplant coordinator recommended that he attend cardiac rehabilitation at the Veterans Hospital to keep his weak heart pumping, and he stopped smoking and drinking. He had been diagnosed with diabetes, so he also worked to keep his blood sugar under control.

Sonny was placed on the wait list for a new heart in January 2019, and six months later, he received the gift of life. Right away, he began feeling much better. “I was walking up and down the hospital halls in really good spirits,” he says. “We credit a lot of my recovery to staying active before surgery.”

As he continues to recover from his life-saving transplant, Sonny is filled with gratitude. “I have such an appreciation for organ donors and what their families go through,” he says. I have someone’s heart keeping me alive, and that’s thanks to their gift. My family, health care providers and friends have seen a big change in me. Everything has been extraordinary.”