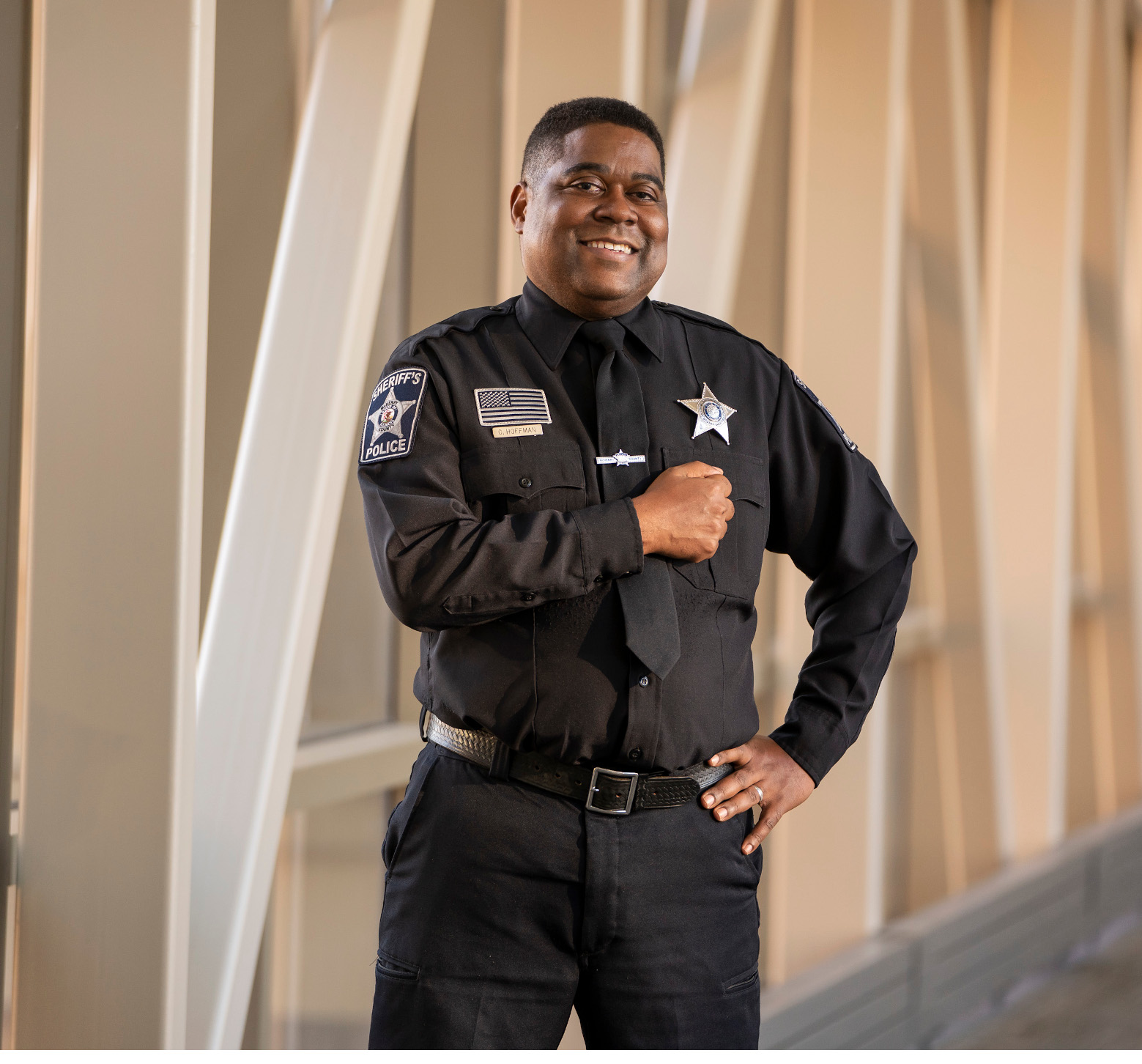 As a detective for the McHenry County Sheriff’s Department in Illinois, Chuck Hoffman is usually in great shape. So, when he found himself out of breath while chasing his toddlers around a water park in December 2018, he knew something was wrong. After returning home to Huntley, Illinois, Chuck visited his local emergency department, where he learned he had a blood clot in his lungs. The blood clot had formed, doctors told him, because his heart was not pumping efficiently.

After Chuck was transferred to a larger hospital, doctors recommended that he allow them to install a left ventricular assist device (LVAD), a mechanical pump implanted in the chest to help a weakened heart pump blood. Chuck was hesitant at first. “My wife, Alicia, was pregnant at the time,” he says. “The procedure seemed kind of invasive. But they told me I needed the LVAD if I wanted to be there for my baby’s birth.”

He received the LVAD on January 9, 2019, and finally went home in February. Doctors told him he needed a heart transplant, but they would wait until he had healed from the surgery before activating him on the wait list. Once he was activated, he would probably wait about two years for a heart, they said.

In the meantime, Chuck was undergoing cardiac rehabilitation close to home when a nurse there told him about the UW Health Transplant Program in Madison, Wisconsin. She suggested he pursue dual listing—having his name on the wait list for a heart at two different hospitals. He checked out the UW Health website and decided to give the staff a call. By July, he was meeting with Rhavi Dhingra, MD, medical director of UW Health’s Heart Failure and Transplant Program. “He explained to me what my heart was and wasn’t doing,” says Chuck. “No one had ever spent that kind of time explaining it to me before.”

In August, Chuck spent three days in Madison meeting the entire transplant team. Before he could be listed at UW Health, he needed to undergo numerous tests, which he arranged with his primary care physician. By the beginning of September, he was officially on the wait list for a new heart in Madison. A mere three days later, he received a call that a heart had become available. “I was completely shocked,” he says. “We thought it was going to take a lot longer than that. Suddenly, they were asking me if I could be in Madison in three hours, and I said, “Absolutely.’”

Chuck and Alicia left their 2- and 3-year-olds with her parents, and they brought their newborn along with them. On September 8, he received the gift of life with a new heart, and by the beginning of October, he was back in Huntley, healing from the surgery. “The entire time I was in Madison, the staff was very positive and upbeat,” he says. “You could never tell if someone was having a bad day.”

Chuck returned to light duty in November 2019, and to his surprise, he was back to full duty at the beginning of December—a goal for which he hadn’t even dared to hope. “I don’t want to boast, but I haven’t felt this good in years,” he says. “I have a lot of things I want to accomplish. I’ve been given a second chance, and I’m so grateful.”