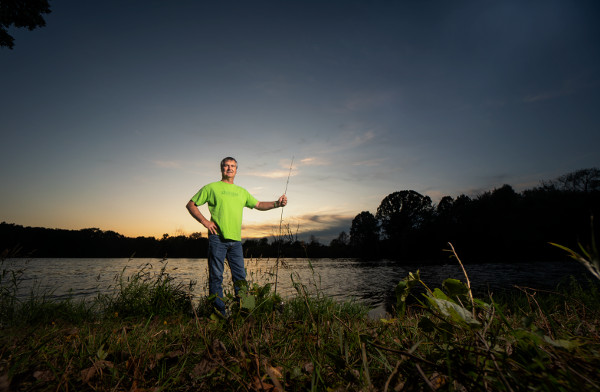 Roger Sdano isn't exactly shocked that he suffers from heart problems. Both his father and grandmother died from complications due to heart disease, and he has since learned that many people in his family have a gene mutation that can cause arrhythmias or sudden death. After 14 years of pacemakers, defibrillators and a left ventricular assist device (LVAD), Roger never imagined he could feel healthy again. But, after receiving the gift of life with a heart transplant in March 2018, he has boundless energy and drive. "I feel better than I have in years," he says.

Roger, now 61, first had a pacemaker implanted in 2004. Over the next several years, he experienced persistent problems with his heart's electrical system, despite having an implantable cardioverter-defibrillator (ICD) installed. In June 2017, he became sicker than he had ever been before and missed his daughter's wedding because he was in the hospital. That's when he received his LVAD, a mechanical pump that helps a weakened heart pump blood. That year, he was in the hospital for every major holiday, as well as his and his wife's birthdays. He's grateful, however, that the LVAD kept him alive long enough to wait for a heart transplant.

Now, Roger is back to hunting, fishing and hiking - just like he used to do before all of his heart problems. He has started a new hobby tapping maple trees for syrup, and his dream is to climb a 14,000-foot mountain out West. Both his daughter and son recently had babies, and Roger hopes to live long enough to help raise his grandchildren. "With my new heart, I'm able to do whatever I want to do," he says. "Before the transplant, it was so hard to catch my breath. Now there are no limits to what I can accomplish."

He has even taken to inspiring others. His wife's brother also had heart problems, and after seeing Roger's newfound energy, he too had an LVAD installed and then received a new heart in May 2019. "I don't take anything for granted," says Roger. "I'm very thankful for the gift I've been given."