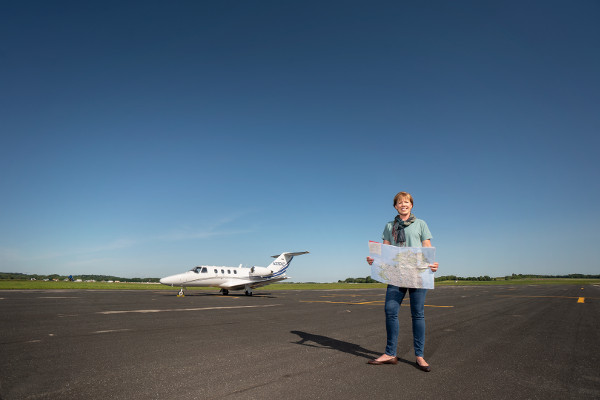 In 2019, Marie Ganser took unforgettable trips to both the Netherlands and India - the former for her daughter's wedding and the latter for her niece's wedding. The year before, she journeyed to Switzerland for a vacation. She is grateful that her boundless energy has enabled her to travel so much - even after donating one of her kidneys in 2018. "I went to Switzerland just two months after my surgery," she says, "and I had no fatigue at all."

Marie first started thinking about organ donation after a discussion with her friend Larry at a Super Bowl party in 2018. Larry had donated one of his kidneys on behalf of a family friend. In her job as a teacher, Marie also had seen just how important the gift of life is - she watched one of her students decline and then improve dramatically following a kidney transplant. After meeting another organ donor at the gym, Marie made the decision to become an altruistic kidney donor.

One of Marie's friends, Mary Nachreiner, works at UW Organ and Tissue Donation - Mary's daughter, Kelly, became an organ donor after she was killed in a car accident 19 years ago. During the kidney donor application process, Mary helped Marie with her questions. During one discussion, Marie asked Mary if she knew anyone who needed a kidney, and in fact, Mary did. Sara, the sister of a co-worker, was suffering from polycystic kidney disease and needed a transplant. Marie decided to direct her donation to Sara, but wasn't a match so she and Sara became part of an eight-person kidney exchange in which Marie's kidney went to a man named Paul, from Michigan, and Sara received a kidney from another donor.

Since giving the gift of life in July 2018, Marie has been in contact with Paul, who is back to bowling, walking and living a normal life. "I've been blessed with good health," says Marie, "and there are not that many ways to pay it back. This was something I could do that would impact someone's life, and it only took six weeks of my life. I feel so lucky to have been given the opportunity."