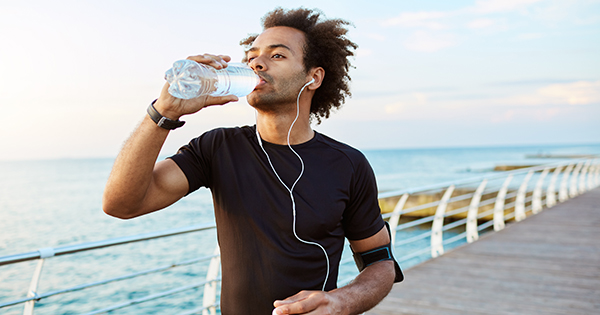 Only a few decades ago the importance of proper hydration was not fully realized. The degree to which dehydration affected performance and the rate at which heat illnesses were caused by dehydration were largely overlooked. Athletes were thought to be 'tough' by not drinking fluids and were considered 'weak' by requesting or needing water. With the significant rate of problems caused by the dehydration of athletes, recommendations shifted dramatically.

Find tips and resources to help you improve your run from the professionals with UW Health Sports Medicine.

The principle that distance runners should hydrate as often as possible and should never reach a state of thirst was proposed based on research regarding performance training, hydration and heat illnesses. What followed was a drop in heat illnesses but a rise in a previously rare athletic illness, hyponatremia (overhydration or, more accurately, dilution of electrolytes due to excessive fluid retention). So many runners went from not hydrating enough to drinking fluids to excess.

A closer examination revealed that those susceptible to hyponatremia were those who participated in sport for approximately four hours or more and were drinking significant amounts of fluid while participating. Further, women were found to be more susceptible than men to suffer from hyponatremia because women typically have a lower sweat rate than men. The frequent consumption of fluids over a significant amount of time combined with the inability to get the fluids out of the body at a similar rate caused an elevation of fluid levels within the body leading to illness.

Listening to your Body

Hydration plans are a significant part of the training process for distance events. While a number of factors can affect hydration, runners can and should begin to normalize their routines for hydration to prepare for race day.

According to the International Marathon Medical Directors Association (IMMDA) it is far easier than one might expect: Runners must trust their body and drink when it tells them to do so by drinking fluids when thirsty.

Traditional training methods suggest that runners are already dehydrated by the time thirst begins, but this is not necessarily true. Runners can be thirsty and dehydrated, but thirst does not always signal an onset of dehydration since performance will be unaffected if fluids are consumed near the onset of thirst.

To get a better grasp on fluid use and potential needs for fluid intake, runners can get an estimate to help formulate a hydration plan. During activity, fluids and electrolytes are lost so the consumption of sports drinks with 6-8 percent carbohydrates, fruits and possibly gel for events lasting greater than one hour should be incorporated into any hydration plan. 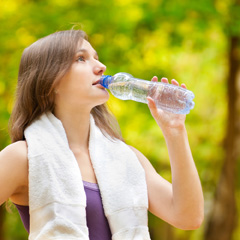 To estimate your fluid needs:

This estimate may vary depending on the weather conditions, running conditions (hills versus flat terrain) and choice of clothing. Runners are encouraged to be weighed prior to and after activity to ensure appropriate hydration levels in order to modify fluid intake after activity, as indicated. Simulate race conditions as closely as possible for the most accurate estimate.

Remember that the best practice as indicated by the IMMDA for hydration during extended running events is to consume fluids when you are thirsty. The method provided above is to help you plan your estimated hydration needs for race day.

Everyone has different fluid and caloric demands during long-distance running events, so be sure to practice your hydration and calorie intake plan. Have a running plan and practice it, adjust it as needed during your training runs, and prepare yourself to have the best day of running on race day.