The Yogurt Craze: Is It Really Healthy?

The Yogurt Craze: Is It Really Healthy? 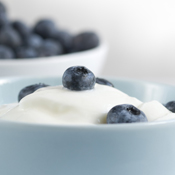 Yogurt is believed to have been discovered accidentally by Bulgarians when bacteria settled into containers of milk and thickened the liquid to a custard-like consistency.

Early on, scientists considered fermented milk to be a medicine for curing stomach and intestinal disorders. Yogurt was first introduced to the United States in the first decade of the twentieth century and grew in popularity during the 1950s and 1960s, when it became known as a "health food." By the late 20th century yogurt had become a common food item in America.

Yogurt is a nutrient-dense food that can be low in fat and it contains nutrients such as protein, calcium, vitamin B12, phosphorus, riboflavin B2, and potassium. Some research has shown that people who eat yogurt with "live and active cultures" may have fewer dental cavities, better gut function, and improved lipid profiles.

People who are lactose-intolerant may be able to tolerate yogurt without having any adverse reactions because much of the lactose in the milk is converted to lactic acid by the bacterial culture. These health benefits have increased consumer consumption, but with all the varieties on the market there has also been an increase in consumer confusion.

The term "live and active cultures" refers to the living organisms, or the "good bacteria" - Lactobacillus bulgaricus and Streptococcus thermophilus - used to ferment the pasteurized milk to yogurt. Some yogurts may also contain other "good bacteria", such as Lactobacillus acidophilus or Bifidus. Manufacturing practices vary, therefore, some yogurt will have more "good bacteria" than other yogurts.

Most research has focused on the health benefits of yogurt with "live and active cultures" so it is important to know what you are purchasing and eating to get the most bang for your buck. Check the food label for the National Yogurt Associations (NYA) Live and Active Cultures seal of approval to ensure you are getting the bacteria you paid for.

Remember that not all yogurts are healthy. Some are full of sugar and high in fat. Choose nonfat or low fat yogurts. Consume yogurts that are low in sugar. To determine if the yogurt is high in sugar read the ingredient list to see whether the yogurt contains sugar, high fructose corn syrup, or brown rice syrup. If these items fall within the first part of the ingredient list that means it contains a high amount of sugar. Choose yogurt that will meet at least 20 percent of your daily calcium needs. To increase your protein intake, try Greek yogurt. Greek yogurt generally contains twice the amount of protein than regular yogurts.

To increase your intake of yogurt you can try using plain yogurt as a marinade or tenderizer prior to cooking. Plain yogurt can also replace mayonnaise and sour cream in recipes for pasta, potato salads, and dips. Yogurt blended with fresh fruit and juice can also make a tasty smoothie.