That’s what Sheila Berklund of Luck, Wisconsin often hears when she approaches a group of people, a tray full of paper bags in hand. “They don’t all know my name, but they know I’m coming with cookies,” she said.

She doesn’t mind. “Hey, if it’ll raise money to fight cancer, you know, all the better.” 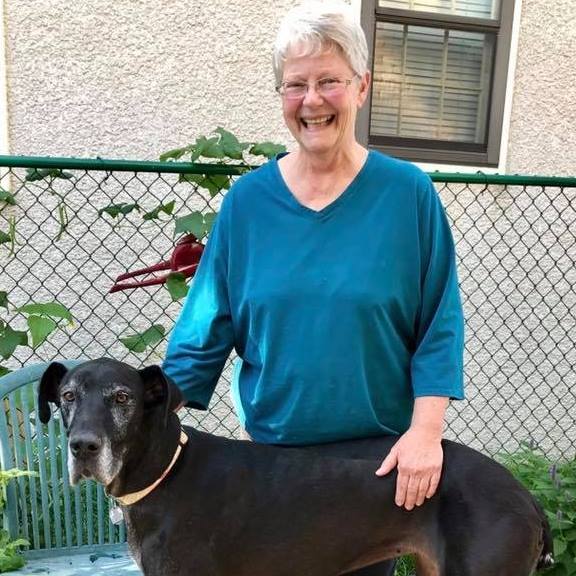 For years, Berklund has been raising money for cancer research through her cookies. The transaction is simple. She offers a bag of freshly-baked cookies in exchange for a donation to cancer research. A tag on each bag reads “Cookies for Cancer.”

It’s a win-win for everyone involved.

The tradition began as a way to support a local cancer race in her community. After losing both parents to cancer, the cause was personal. However, when it came to fundraising, Berklund found it difficult to ask people for money. But the second year of her involvement in the event, she had an idea.

Sometimes you want a cookie and you want it now. Berklund knew that specific craving well, which often sent her scrambling for the mixer and cookie dough. But with her grown kids out of the house and her husband working out of town, she often found herself with too many cookies on hand. “I had started giving them away just to get them out of the house,” she said. “And then all of a sudden I thought, well, maybe I could raise money for the cancer walk.”

That first year, Berklund rolled out two different varieties of cookie – chocolate chip and coconut. But then came a special request from her husband for peanut butter cookies. Then one from the neighbor for oatmeal raisin. “Next thing you know I’m making 12 or 14 different kinds,” she said.

As the years went by, the number of cookie varieties just kept increasing. Working with the same base recipe, she’s made everything from cranberry to espresso chip. She’s constantly coming up with new flavor combinations, while retiring others.

All the while raising thousands for cancer research.

“Cookies for Cancer” could have come to an end at one point. Her local cancer race in Luck merged with the one in neighboring Frederic, and moved out of town. Berklund had always enjoyed the friendly competition between the two villages.

That’s when her sister-in-law, a Pardeeville, Wisconsin resident suggested an alternative: the high school’s Bulldog Stomp Cancer Run/Walk, which benefits the UW Carbone Cancer Center. Berklund likes it because she knows the money she raises stays in Wisconsin. She also enjoys the fact that it’s a student-run event. “All the work is done by the kids in the school, which is teaching them community and you can’t get that out of a book,” she said.

She doesn’t keep track of how much money she’s brought in over time. But in just two years of fundraising for the Bulldog Stomp event, she’s made two gifts to UW Carbone totaling over $10,000.

“As someone who used to be called the cookie monster by my family, Sheila’s efforts and talents on behalf of our shared fight against cancer are extra special,” said UW Carbone Director Howard Bailey, MD. “I look forward to having a lot of her cookies."

Over the years, she’s had imitators. A former co-worker in Luck started making cinnamon caramel rolls, and the two competed for the top fundraiser honors, which was just fine by Berklund. “I’d like to think I inspired her,” she said.

Unlike those caramel rolls, however, Berklund’s cookies have developed a bit of an international following. Her son, a business owner, often requests her cookies for his overseas clients. “My cookies have been to England and Germany and I’m not sure where else,” she said.

While Berklund has no plans to cease her baking operation anytime soon, there is one thing that could bring it to an end. “My goal is to not have to do it anymore,” she said. “That we can beat cancer, so that we can use our time and talents and money for other things.”