What Research Says About Preventing Alzheimer's

What Research Says About Preventing Alzheimer's 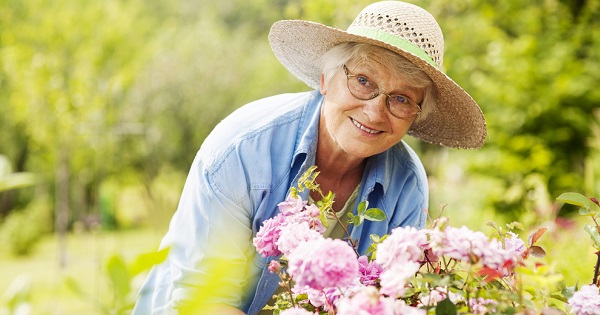 There are currently no effective treatments to reverse or stop Alzheimer’s disease after it takes root in the brain — a process that may start 10 or even 20 years before a person starts showing obvious symptoms. That’s why scientists are working hard to uncover what causes this devastating disease, because the best chances for stopping it may be preventing or delaying it from developing in the first place.

Fortunately, recent studies have yielded new insights into the role of lifestyle factors ranging from diet to sleep to stress.

“The latest research shows that lifestyle is extremely important, especially when it comes to cardiovascular fitness and the complexity of your occupation and activity,” says Alexis Eastman, MD, clinical medical director of UW Hospitals and Clinics’ Division of Geriatrics. “Those are two big areas that show incredible success in slowing down cognitive decline.”

“It’s important to note that these studies look at associations — they’re not cause and effect,” explains Barbara Bendlin, PhD, an investigator with the center who recently presented findings on lifestyle factors at the 2016 Alzheimer’s Association International Conference in Toronto. “We know there are things people can do to age in a more healthy way, such as eating a healthy diet, exercising, and being mentally and socially engaged. All those things can reduce many risks of aging, such as cancer and cardiovascular disease, and they may be protective of the brain as well. Even if they don’t completely prevent dementia, they may slow down mental decline.”

The media is full of myths and contradicting information on what can — and cannot — prevent memory loss. Here’s what the latest research has to tell us.

What Should You Eat?

First off, you can probably skip the supplements that claim to be beneficial for memory function. “There’s very little convincing evidence yet that over-the counter supplements protect against dementia,” Bendlin says. “On the other hand, there is evidence that dietary patterns can help.”

Research has shown that the DASH diet (which stands for Dietary Approaches to Stop Hypertension) and Mediterranean diet are associated with many health benefits, including slower cognitive decline, Bendlin says.

The newer MIND diet, developed by Martha Clare Morris, PhD, at Rush University Medical Center, is a hybrid of the DASH and Mediterranean diets. It emphasizes brain-healthy foods such as leafy greens and other vegetables, berries, beans, nuts, fish, poultry, whole grains, olive oil and wine, and it suggests limiting fried foods, red meat, sweets, cheese and butter/margarine. A study of the MIND diet showed that it substantially lowered participants’ risk of Alzheimer’s, Bendlin says.

Eastman recommends the Mediterranean diet to her patients. “The most important aspect of your dietary choices is to eat as colorful of a diet as you can, and Skittles don’t count,” she says. “You want to have mostly vegetables and whole grains and as close to the original source as possible, which means less processed food.”

Brain imaging reveals that people who have higher fitness levels have healthier brains, Bendlin says. Studies have found that people who walk regularly have a larger hippocampus, which is a part of the brain important for memory.

It’s never too late to get started. “Studies that looked at people who already have memory dysfunction found that those who start a walking program seem to show less cognitive decline over time,” Bendlin says. “The more vigorous the physical activity, the more you can measure the positive effects.”

So how much exercise is ideal? Research from WRAP has shown that middle-aged adults who get at least 150 minutes of moderate or vigorous exercise a week have less shrinkage in parts of the brain that are important for memory. Individuals who are more fit also show better cognitive function, even if their brain is starting to show evidence of amyloid accumulation, a hallmark of Alzheimer’s disease. “They’re able to better cope with whatever damage has happened to the brain,” Eastman says.

What's the Role of Your Job and Daily Activities?

Wisconsin investigators and others have also shown that occupational complexity, including jobs that involve a lot of interaction or where you play a leadership role, could be beneficial for cognitive function, Bendlin says.

Does that mean you should postpone retirement? Not necessarily. It’s more important to stay engaged with the world, Eastman says. “You have to really reframe your purpose. Volunteering can be a huge part of retirement. There’s also great research that shows that grandparent and grandchild interaction decreases depression and suicidality, and depression is another risk factor for dementia.”

You might also take up a new hobby or make music a regular part of your life. “In patients who already have Alzheimer’s, music can access parts of the brain that are otherwise inaccessible. People often have a musical ‘muscle memory’ that doesn’t fade as quickly as other cognitive tasks,” Eastman says.

“The field is a little divided on whether computer-based brain training should be recommended or not,” Bendlin says. A study that looked at computerized training for memory and speed-processing tasks found that the benefits were still preserved a decade later. And yet there’s not a lot of evidence that popular online games like Lumosity make a difference. Those who practice online games regularly may improve their game performance and do better on pen-and-paper tests, but “what you’d really want to show is that if you do these games you get better at real-life tasks,” Bendlin says.

“It probably isn’t going to hurt your brain to do Lumosity, but social engagement and spending time with friends and family are also associated with healthy aging. So getting together with friends to play card games could be just as beneficial or more beneficial than sitting home alone playing computer games. Most of these games need more evidence,” Bendlin says.

Does a Good Night's Sleep Make a Difference?

It might. WRAP researchers collaborated with investigators at the Wisconsin Sleep Center and found that participants who reported feeling less rested showed more Alzheimer’s-like protein levels in their cerebral spinal fluid. Those who reported better sleep had healthier protein levels.

“There have been some studies suggesting that when we sleep, a brain system called the glymphatic system clears waste — or put more simply, ‘washes’ the brain — and there have been several studies that suggest that conditions such as untreated sleep apnea might have a negative effect on cognitive function,” Bendlin explains. “We think that sleep might be one of those modifiable factors that could delay cognitive decline.”

What’s the Impact of Stress?

Research shows that life stress can negatively affect the brain. WRAP researchers have found that participants who are genetically predisposed for dementia and who have multiple factors known to harm health — such as higher stress levels and insulin resistance — were more likely to have Alzheimer’s-like protein levels and altered function in the medial temporal lobe, an area of the brain involved in memory.

Of course, stress isn’t always within our control, but regular exercise can decrease stress, as well as improve your sleep and reduce insulin resistance — all factors that could potentially protect your brain.

Hope for a Cure?

Beyond lifestyle factors, scientists continue to search for new, more effective treatments for Alzheimer’s. There are five medications on the market for dementia that can slow cognitive decline, but they can’t stop it. However, clinical trials of antibodies that target the brain plaques and tangles associated with Alzheimer’s show some promise, Eastman says. Last year, Luigi Puglielli, MD, PhD at the Wisconsin Alzheimer's Disease Research Center also identified compounds that could be helpful for treating Alzheimer’s.

In the meantime, it’s best to focus on the health factors under your control. First work on managing preexisting risk factors, such as diabetes, hypertension and cardiovascular disease, and then think about other brain-healthy habits you may want to adopt.