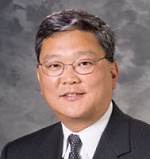 It was the first time the stent was used in the state of Wisconsin, and UW Health vascular surgeon Jon Matsumura, MD, says it may have helped a patient avoid foot amputation.

"Most patients do not need intervention for peripheral artery disease and can be treated with risk factor modification and medications," says Dr. Matsumura. "Some patients develop a severe form of PAD, called critical limb ischemia, and need procedures to improve the blood supply to the foot in order to avoid amputation."

Dr. Matsumura says his patient's peripheral artery disease had evolved into gangrene - the death of body tissue resulting from inadequate blood flow, disease or infection - in her left foot.

The patient underwent a number of angioplasty procedures and a skin graft, but none of the attempts to improve blood flow to the foot proved successful. So Dr. Matsumura decided on surgery involving the 200-millimeter femoral artery stent he had studied during the multicenter DURABILITY II clinical trial for which he served as co-principal investigator.

"Doctors have been reluctant to use stents in long lesions because the performance was not ideal," Dr. Matsumura, noting high restenosis (a narrowing of the blood vessels leading to restricted blood flow) and stent fractures that coincide with overlapping multiple stents as factors discouraging stent use.

The results of the DURABILITY II study, however, persuaded Dr. Matsumura of its potential efficacy in this case. The procedure, under local anesthesia, was performed on the morning of March 22, 2012, and the patient is currently recovering. She was released the next day from UW Hospital and Clinics.

The femoral stent used in the procedure was approved by the Food and Drug Administration's Center for Devices and Radiological Health on March 7, 2012 after review of the DURABILITY II study that involved 287 patients and 44 investigational sites.