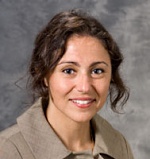 "Dr. Hamedani is an incredible leader and one who leads by example, whether it is how she cares for her patients or how she treats her colleagues. She sets an example for all of us to follow," says Donna Katen-Bahensky, UW Hospital and Clinics president and CEO. "I cannot truly think of someone who is more deserving for this honor than Dr. Hamedani."

Hamedani will receive the award at the April 30 meeting of the American College of Emergency Physicians (ACEP) in Dallas, Texas. The award is presented by the ACEP, the Emergency Medicine Foundation and Blue Jay Consulting.

The award is based on several criteria revolving around quality patient care while collaborating with nursing and other hospital departments.

This is the second national recognition this year for leaders in the emergency department. In February, Tami Morin, emergency services clinical manager, was named Outstanding Emergency Department Nurse Leader of 2012.

Hamedani joined the UW School of Medicine and Public Health faculty in 2006, after completing emergency medicine residency at Harvard and an administrative fellowship at Massachusetts General Hospital. She received her undergraduate, medical school, and public health degrees from Yale University.

The American College of Emergency Physicians is the oldest and largest national medical specialty organization with more than 29,000 members.