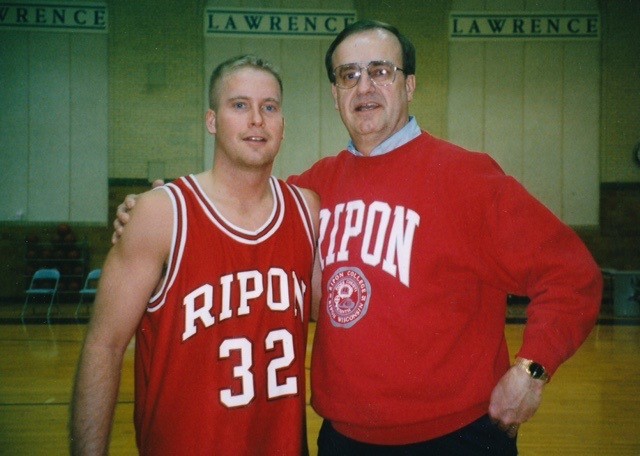 EDITOR’S NOTE: Due to concerns surrounding the COVID-19 virus, the Big Bill Invitation basketball tournament is cancelled. Players, coaches and fans are encouraged to donate online, in lieu of attending the event.

Bill Van Wie was larger than life - both figuratively and literally.

After all, "Big Bill" stood just over six-and-a-half feet tall. But ask those who knew him and it's not the height they remember.

"He was a big, big, big guy and his heart was even bigger," said Andy Van Wie, Bill's son. "He just had a really kind heart. He was a great dad. Sometimes, heck, he was a dad to a lot of my friends."

Outside of his family, the thing that Bill loved most was basketball. He coached his kids, went to their games, and eventually, the games of his grandkids. It was that passion and commitment to the game that Andy wanted to honor after this dad lost his life to multiple myeloma in 2017.

In memory of his dad, Andy launched the Big Bill Invitational basketball tournament in early 2018. The free event, much of which was paid for out of his own pocket, brought together some of the best youth players and teams from around the state. "As I saw the success of that, just the atmosphere that it brought and the feedback that I got from it, I wanted to make it bigger and even more meaningful," Van Wie said.

When it came time to planning the second year of the event, Van Wie wanted to go bigger, but also find a way to raise money for cancer research in the process. After consulting with family, they decided that they wanted the money to go to UW Carbone. "Having seen what they do at Carbone made it a no-brainer when I asked my mom who to choose for this," Van Wie said.

Through donations and fundraising, about $12,000 was raised for UW Carbone in the tournament's second year. And just like last year, Van Wie is looking to go bigger once again. 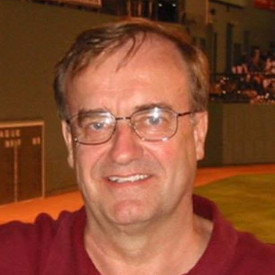 The third annual Big Bill Invitational basketball tournament takes place on Sunday, March 29, at Waunakee High School. Admission is free, but on-site donations to UW Carbone are appreciated. Even without charging admission or team entrance fees, a rarity in the sport, Van Wie is hoping to raise $20,000 this year. Donate now

Eight teams of eighth-grade boys will take the court, from Waunakee to Hortonville, who won it all last year. All the teams have been personally chosen and invited by Van Wie, and while he certainly takes into account talent and competitiveness, he's also looking for teams that exemplify the cultural values - sportsmanship, respect and love of the game - that his dad instilled in him.

Though it is a tournament - and there are prizes on the line - Van Wie says the games aren't ultimately about winning or losing, but forging connections across the court.

In addition to free admission, fans are encouraged to grab a free bag of popcorn while they're there: Another touch Big Bill would have loved. "My dad always liked to knock down a couple bags of popcorn during a game," Van Wie said.

Van Wie is also getting support from several business owners in Wisconsin Dells, the community where he grew up. In addition to kicking in some funds, many have donated things like hotel stays and waterpark passes that will be raffled off during the event.

It's that generosity - of individuals, of teams and of communities - that's stuck with Van Wie as he heads into year three of the event. He's also been touched by the many people at previous tournaments who still remember his dad, or the ones who share their own stories about loved ones losing their lives to multiple myeloma.

"Cancer itself touches so many lives in a bad way, but there can be positives to it," he said. "It brings these communities together, and we can raise money and put together an event for a good cause."