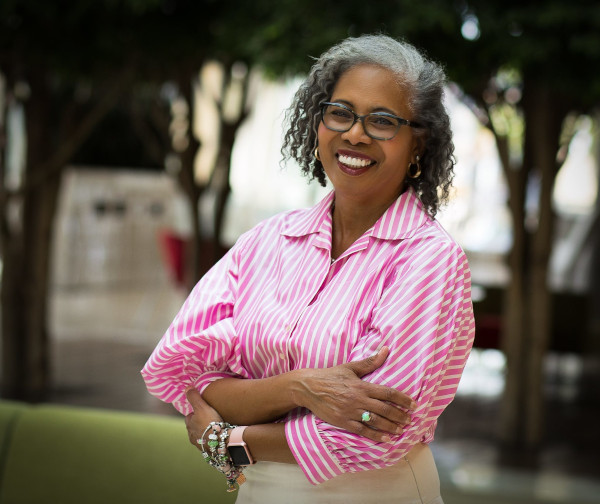 When Gloria Ladson-Billings had her first brush with breast cancer nearly 30 years ago, she felt invisible – especially during a support session aimed at helping women who were losing their hair.

"All of the wigs there were inappropriate for Black women," she said. "It was like, no one ever thought about us being there. In some ways, that was more depressing than having the disease."

But she felt the invisibility in other ways, too. When she attended her first cancer walk event, she looked around and saw very few people there who looked like her. It came at a time when she had been reading about how Black women had a smaller chance of getting the disease than white women but had a higher chance of dying from it.

With treatment, Ladson-Billings was able to beat her cancer, but the entire experience left her wanting to do more: both to raise awareness of the disease, but also to advocate for Black women with breast cancer and amplify their voices in a system that seemed to exclude them.

So in addition to her work as a professor of education at UW-Madison, Ladson-Billings threw herself into cancer advocacy. She started by organizing her own Race For the Cure Team with her church members, but gradually got involved as a board member for numerous cancer organizations.

Now, the self-described "board queen" is taking on a new task. Ladson-Billings is one of over a dozen individuals who are taking part in the UW Carbone Cancer Center's newly created Community Advisory Board. The group brings together Wisconsin residents from a variety of backgrounds to weigh in on UW Carbone's research agenda.

"It's really a bridge between scientists and Wisconsin communities," said Rebecca Shirley, an outreach specialist with UW Carbone. "By sharing personal stories and information about cancer's burden in their hometowns and communities, members will help enhance the relevancy of UW Carbone's patient care and shape the direction of future research."

For Ladson-Billings, her goal at these quarterly meetings will be to advocate for policies and initiatives that increase access to health and cancer care, while also addressing the underlying reasons why local residents may not seek these services out.

"I've described Madison and Dane County as asset-rich but access-poor," she said. "We have an embarrassment of riches, but we have people who can't seem to access those things. And that pattern is linked to issues of poverty and issues of race."

While Ladson-Billings says she's seen improvement in outreach in recent decades, she says what's often overlooked are some of the structural barriers that keep some people from getting things like preventative screenings and mammograms. "Sometimes you think that what people just need is health care or clinical services, but what it turns out they really need is transportation or child care," she said.

Throughout it all, cancer remains a deeply personal issue for Ladson-Billings.

The two-time survivor - her cancer came back 27 years after her first diagnosis but she caught it early - volunteers to help other women with the disease, coming with them to appointments for support and offering to take notes. She also shares her ever-growing collection of head scarves with anyone who needs them - something that started when she couldn't find a wig so many years ago.

For those facing breast cancer, it's these personal acts of kindness and support that perhaps have had the biggest impact of all.

"We always think you have to write a big check or make a big splash," Ladson-Billings said. "But sometimes, just paying attention to the small things that are challenging people can make a difference."