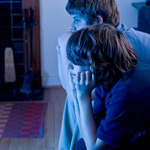 Madison, Wisconsin - With television, texting and computers all part of the cultural landscape, a national movement is drawing attention to the negative impact of too much screen time on children's health, decision-making skills and the ability to learn.

Two pediatricians at American Family Children's Hospital are joining the effort to encourage parents to cut back on their children's use of screens during Screen-Free Week, April 18-24.

Presented by the Campaign for a Commercial-Free Childhood, Screen-Free Week aims to get families to eliminate unnecessary use of computers, televisions and other "screens" and discover new hobbies and sources of entertainment such as writing, reading, drawing and playing outdoors.

"The idea is to get people to understand how screens have taken over our lives," says Dr. Susan Ehrlich, a clinical professor of pediatrics at the University of Wisconsin School of Medicine and Public Health. "Preschoolers are spending more than three hours a day in front of a screen, and older children more than seven hours."

Ehrlich says overuse of television and computers has been linked to obesity, sleep problems and lower school grades in children.

"Many kids will sit in front of a TV while eating a bag of cookies," she says. "Children who are constantly multi-tasking by texting or using social networking are known to have attention problems in school. But, when they cut back on screen time, there has been an improvement in their attention span and school performance."

Dr. Dipesh Navsaria, assistant professor of pediatrics at UW and medical director of Reach Out and Read Wisconsin, agrees that extensive use of electronic technology could get children off to a slow start in the classroom.

"In infancy, there are almost 700 new neurons being wired per second, and we want those neurons to be wired in ways that will optimize the ability to learn, so that when a child starts kindergarten, they are ready to take advantage of what a school system has to offer," he says. "That wiring is accomplished by interacting with other human beings such as parents, siblings and day-care providers. Face-to-face interaction is how children learn and prepare for their education. That does not happen with screens."

An avid supporter of parents reading to their children, Navsaria, who has a master's degree in children's librarianship, says books are more beneficial than computer games to parents who want to enhance their child's ability to learn.

Ehrlich hopes that Screen-Free Week will make true believers out of parents and children who center their lives around electronic devices.

"Not all screens are bad; it's just that too much of anything is not good for you," she says. "If kids are spending eight hours a day in front of a screen, they are not getting outside to play sports and they are not interacting with friends. If families are sitting at the dinner table watching TV, they are not talking to each other."

"It's about stepping back and looking at the role screens have in our lives and saying this is too much, and maybe by cutting back some, we can lead healthier, happier lives."