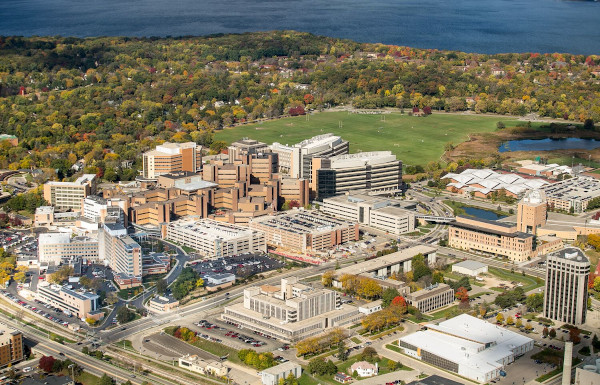 For nearly 20 years, the UW Carbone Cancer Center has been home to a National Cancer Institute-supported clinical trials network centered around a discipline known as chemoprevention.

Through the UW Chemoprevention Consortium, Wisconsin-based investigators and partners across the United States are hard at work finding new ways to reverse, suppress or even prevent the development of cancer.

"Our goal is to help come up with study agents that will lead to the prevention of cancer, whether they are primary or recurrent cancers," said Katina DeShong, chemoprevention program manager at UW Carbone. "We are seeing either high-risk patients or patients with low-growth cancers, to investigate study agent biomarkers effects with the goal of preventing cancer or a higher, more serious grade."

In 2003 and 2012, the NCI selected UW Carbone as one of only five chemoprevention consortium host sites in the United States. DeShong and her team successfully re-competed for the opportunity once again earlier this year. The distinction also comes with federal grant money to push chemoprevention work forward.

In other words, it's a pretty big deal.

"Being able to host this critically needed network is an honor and privilege," said UW Carbone director Howard Bailey, MD, who also serves as the principal investigator of the UW Chemoprevention Consortium. "The University of Wisconsin has a rich history of chemoprevention research and we're committed, along with our many partners, to building upon that legacy."

One of the most famous examples of chemoprevention is Tamoxifen, a hormone therapy drug that's now relied upon to treat some breast cancers. It can also be used as a preventative measure for women at high risk of developing the disease. Critical development and testing of the drug took place over many years at UW-Madison. 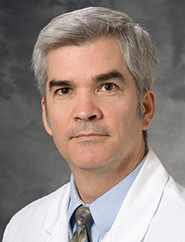 These days, having a consortium for clinical research offers several benefits. While UW Carbone provides centralized resources and leadership, member institutions – the University of Washington, Johns Hopkins University and the Mayo Clinic are just a few that have joined over the years – bring their specific expertise to the table for the benefit of all.

Additionally, investigators are provided opportunities to collaborate and come up with ideas for new studies. It also means that a single clinical trial can be hosted at multiple centers, leading to increased participation and reach.

Members of the UW Carbone chemoprevention team – which includes four multi-site clinical research project coordinators and several physician investigators – assist with the collection and analysis of data, and ensure the study's protocol is being followed across locations. "We have a pretty big role in the oversight of all of these studies at all of these sites," DeShong said.

Many test drugs don't make it out of these early stages. However, even if a study drug doesn't go the distance, the results can still provide a bounty of information to researchers, which must be thoroughly analyzed before trying a different approach.

One current study of particular interest is testing the effectiveness of a vaccine that could potentially prevent breast cancer in patients with non-metastatic disease. While this concept originated at the University of Washington, UW Carbone was a lead partner in the phase I arm of the study, which may soon move into phase II testing.

Ultimately, Bailey believes studies like these hold the potential for major breakthroughs in the coming years and decades.

"We believe chemoprevention can be an extremely viable option in cancer care, especially for high-risk individuals," he said. "However, research can only move forward when dedicated individuals participate in these clinical trials. We are grateful for those who have already worked alongside us and look forward to partnering with more patients in the future."