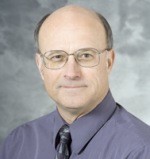 Madison, Wisconsin - Dr. Greg Landry has been a primary care sports medicine provider at UW Health, and for the University of Wisconsin athletic teams, for 30 years.

He's seen the field grow by leaps and bounds in his three decades. But when he started, it was a vastly different era.

A Future Career Started Over Lunch

Before his arrival, there simply wasn't a primary care team doctor for UW sports teams, only orthopedic surgeons. Landry likes to tell the story about how his future career was created over a discussion in the UW Hospital and Clinics lunch room – and the fortunate placement of a highly placed figure.

Stephenson accepted the new role, and one of the residents who ended up seeing patients in his clinic was none other than Landry. They treated UW athletes in their teenage general health clinic. It's a little hard to fathom today, but in those days a parent might take his or her teenage child to a doctor's appointment and end up sitting next to a star Badger athlete in the waiting room.

"I think at first it was a little awkward for some of them. But then they realized that we treated them as young adults, and just because it was adjoined to the pediatric clinic didn't mean that we weren't pretty good at getting their needs met," Landry said. "But, yeah, there were some chuckles in the early going."

"They found out that we actually were pretty well equipped to help them with these college athletes," Landry said. "That led to the trainers starting to think about how maybe I might be a good candidate to bring on as a team physician, because they knew I was interested and I kept going to sports medicine conferences and doing physicals for the athletes.

"I did a couple of different electives in sports medicine, so they knew I had some interest. But quite frankly, sports medicine wasn't on my radar screen, because, again, it wasn't something that many primary care doctors did."

How that has changed.

In 1992, Landry was one of 20 founding members of the American Medical Society for Sports Medicine, a group that now counts more than 2,500 members. One of five primary care sports medicine doctors at UW Health, he works with the Badger hockey, softball, swimming and golf teams.

The expansion and proliferation of sports medicine over the past three decades has led to more research, which in turn has helped shape new treatment options.

"When we first started out and there weren't many people doing it, no one was doing the research to answer some of the questions," Landry said. "Now when I go to a national meeting, we have a number of posters and research presentations to try to answer of the questions we've had over the years."

And technology obviously has advanced.

"When I started, MRI was just beginning to be utilized, and now it's a pretty common," he said. "X-rays now are digital. Back when I started, you'd get a hard copy and we just put them up on a light board. We get a lot more information on a digital x-ray compared to the old ones. … We're now doing more musculoskeletal ultrasound, which we never did before. The other thing that is popular is to do certain injections with ultrasound or x-ray guidance. That's a big change."

Landry's specialty is pediatric and adolescent primary care sports medicine, but he's seeing "more mature" patients now – people who want to continue to be physically active as they get older.

Over the years, the types of injuries Landry has treated have run the gamut. But, he commented, overuse injuries have become more and more prevalent.

"We're seeing more overuse injuries in young athletes," said Landry, who grew up in South Bend, Ind., and played three sports in high school before playing college football at Butler. "They're specializing too early or they're playing multiple sports at the same time, and that leads to injury.

"I think that back in the day, kids played multiple sports and there were more recreational sports ... and now it just seems like the only sports they play are organized. Not only is it how often you're doing something, but how many different things you're doing. It's a fairly recent change."

But it's not just with teenagers. Landry said he sees plenty of adults with overuse injuries, too.

"For sure," he said. "With the marathon craze, we see overuse injuries partly because people try to do too much too quickly, and they don't often give their body enough time to adapt. Stress fractures, for example. Bone starting to break down because it hasn't had time to get thicker and withstand the load. Shin splints, kneecap pain – a lot of runners get into trouble with sore kneecaps."

Then there's the other side of the exercise issue: Nearly 30 percent of adults in Wisconsin are considered obese – the 16th-worst percentage in the country – and one in four high school students in the state are overweight or obese.

Landry said he's seeing adults in their 30s and 40s, and some as young as 18, with severe joint problems and arthritic conditions in their legs and hips due to being overweight.

"It's a very sad state of affairs in part because they really need to exercise, and now they're having more trouble exercising," said Landry, who prescribes less weight-bearing exercises for those individuals.

"We have two ends of the spectrum: We have a significant population who don't get enough exercise and physical activity, and then we have a small group of individuals who do too much. It would be nice to have more people in between."

As for his 30 years in sports medicine at UW Health, it's been more than nice.

"It's just been a great ride," Landry said. "Sometimes I say that it's serendipity at its best. I was at the right place at the right time."