The Spirit of Innovation: How One Wisconsin Philanthropist Made Fighting Cancer a National Priority

The Spirit of Innovation: How One Wisconsin Philanthropist Made Fighting Cancer a National Priority 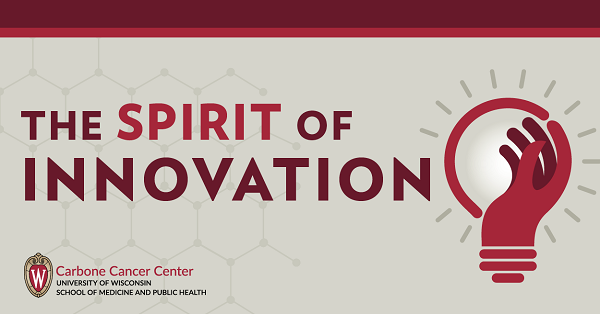 50 years ago, prior to the signing of the National Cancer Act, the federal government’s annual budget for cancer control efforts was around $200 million. That’s a far cry from the roughly $6.5 billion investment our government made in the National Cancer Institute during the last fiscal year.

The push to make a cancer a national priority – along with increased funding for new biomedical research – would not have been possible without one very important Wisconsinite who observed: “If you think research is expensive, try disease!” 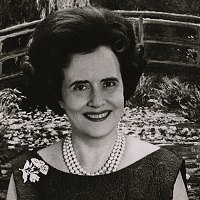 Born in Watertown in 1900, Mary Woodard Lasker is widely credited as one of the driving forces behind the National Cancer Act. Born to Frank Woodard, a second-generation banker, and Sarah Johnson Woodard, a homemaker and Irish immigrant, Mary came from humble roots, but in the span of just a few decades, became front and center with the elite of New York and Washington DC.

“She was a mover and a shaker at a high level,” said Howard Bailey, MD, director of the UW Carbone Cancer Center. “She knew everybody, including presidents, and really pushed them to act on the causes she cared about. She’s really credited with pushing the idea of the NCI, the national cancer centers and the war on cancer.”

In her early life, Mary Woodard attended both the University of Wisconsin and Radcliffe College, majoring in art history. She moved to New York City to pursue work in the art market, but it didn’t take long before the Great Depression derailed those plans.

She then created and sold a successful depression-era company, Simplicity Patterns, and eventually turned her attention towards civic initiatives and causes. Along with her husband, she founded the Albert and Mary Lasker Foundation in 1942 with the intention of encouraging investment in medical research to tackle the major causes of death and disability in the United States at that time.

In that same period, she worked to transform the American Society for the Control of Cancer into the organization we now know as the American Cancer Society and initiated its funding of cancer research in the early 1940s.

“She was really a woman of the times,” said Marshall Fordyce, MD, who serves on the Lasker Foundation board of directors. “Her focus on the funding of science and research was an incredibly important tool for enabling society to better understand things like cancer that really impacted the daily lives of citizens. Somehow she tapped into that in a very deep way.”

For Fordyce, his work with the Lasker Foundation isn’t just professional. It’s the family business.

“I grew up spending all my holidays at my great aunt Mary’s house and spent many Sunday lunches with her,” he said. “She never had children herself, but always remained close with my grandmother, who had only one child, my father. We were like the only kids around.”

Fordyce remembers Lasker as a powerful advocate and philanthropist, but also as someone who was extremely personable and wonderful to share a meal with. That quality, he says, was likely much of the reason she was so effective in getting people to support her causes.

And much like she pushed her high society friends to strive for a higher purpose, she also pushed her great nephew to achieve nothing short of the best.

“She used to look at me when I was a little kid and say, ‘you are going to Harvard, aren’t you?’ And that’s kind of an intense thing to say to a 10-year-old,” Fordyce said. “It turned out that I did get that opportunity, and now I make a life in medicine.”

Even with her passion for increasing the annual funding of biomedical research through the National Institutes of Health, Lasker never forgot her connections to the art world, and her desire to bring beauty to the places around her. With roots in her mother’s public works projects in Watertown, urban beautification became another cause for her, and she worked with leaders to bring a little bit of nature to her favorite cities.

“The tulips down Park Avenue in New York, the cherry blossoms along the Potomac, these are part of her legacy,” Fordyce said.

Throughout her life, Lasker received major honors and recognition for her work, including the Presidential Medal of Freedom in 1969 and the Congressional Gold Medal in 1989. Her image also became a postage stamp in 2009.

While Lasker died in 1994, her spirit and legacy carry on through her foundation, which gives out awards each year to both up-and-coming and established scientists for key advances in both basic and clinical medical research. Many Lasker award winners have gone on to win Nobel Prizes, including UW Madison’s Howard Temin, who won a Lasker Award in 1974 before winning the Nobel in 1975.

While Lasker didn’t live to see cancer completely eradicated, Fordyce says that if his great aunt was still alive today, she’d be amazed by the progress that’s been made towards that goal.

“I think that she would be thrilled with the fruits of the investment in biomedical research in which she played such a key role” he said. “Just seeing the new biological medicines that have come forward that really didn’t mature until after her death. I mean, really curative therapies for some diseases. I actually think she’d be blown away by what science has been able to achieve.”