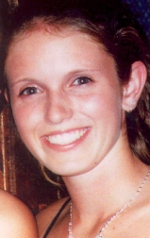 Editor's Note: This article was written in 2010, to honor the 10-year anniversary of Kelly's donation. After 15 years, Kelly's legacy continues as Wisconsin teens consistently register as donors at one of the highest rates in the nation.

Madison, Wisconsin - It's been a decade since Kelly Nachreiner died.

"Ten years," Mary Nachreiner said, reflecting on losing her middle daughter at the age of 16 as the result of an automobile accident. "In some ways, it seems like yesterday. In others, it seems like an eternity."

Yet Kelly Nachreiner lives on, literally and figuratively.

She was an organ donor, and that decision directly saved three people's lives. But indirectly, the impact of Kelly's decision to be a donor is immeasurable.

"I always describe it as the one ray of sunshine at the very darkest time of our lives," Mary Nachreiner said of her daughter's wish to donate her organs. "It just keeps growing and growing."

Indeed, it's now a brilliant light.

With her family leading the way, then-Governor Tommy Thompson signed the Kelly Nachreiner Bill into law on May 9, 2000. The law requires drivers' education classes to devote 30 minutes of class time to discuss organ donation. It was proposed, debated and signed into law in just four months, and is believed to be the quickest legislation approved in state history.

Over the past seven years, the rate of 15- to 19-year-olds who have expressed their willingness to be organ donors has risen from 58.1 percent to 69.3 percent. That means nearly 56,000 more Wisconsin teens have put orange donor stickers on their driver’s licenses.

Mary Nachreiner, meanwhile, got involved in organ donation as a volunteer and now works for the UW Health Organ Procurement Organization. She's also on the board of directors for the United Network of Organ Sharing and is on the advisory council for the National Donor Memorial in Richmond, Va.

As part of her role as a community family specialist with the organ procurement organization, Nachreiner speaks to the teenagers in those driver's education classes. In addition to telling them about Kelly and organ donation, she encourages them to discuss the topic with their families.

"I love that age group," said Mary Nachreiner, who had been a physical therapist before her daughter’s death. "They're very receptive, especially when they hear Kelly's story because Kelly was one of them. Kelly was in a lot of ways just an ordinary kid that gave an extraordinary gift.

"What I pose to them is to take the next step. Not only make your decision, but please take this information home to your parents and grandparents, because they haven't been afforded the depth of education that you have."

At a ceremony celebrating the 10th anniversary of the Kelly Nachreiner Bill, Thompson said he became interested in organ donation after meeting University of Wisconsin transplant surgeon Dr. Hans Sollinger.

The doctor was late to a dinner at the Governor's Mansion, and he was visibly upset when he arrived.

"He was having a hard time - 'I lost one of my patients today. One of my patients was waiting for a kidney and died,' " Thompson recalled Sollinger telling him. "You could see that for this hard-charging doctor, he was very moved. I asked him what was the problem. He said, 'People do not donate.' We started a discussion which has lasted until today as to how we improve transplants in America so that people like his patient would not have to die.

Thompson took the message nationwide in his role as Health and Human Services secretary, where he introduced several programs that encouraged organ donation.

"For a non-medical person, a non-surgeon, I think he has more than anyone else indirectly saved the lives of thousands of people through his actions," Dr. Tony D'Alessandro, executive director of the UW Health Organ Procurement Organization, said of Thompson.

The same could be said of the Nachreiner family, which includes Mary's husband, Leo, and daughters Nicole, 28, and Whitney, 23.

"You walk away and say, 'This is what America's all about.' This is a family that has put their own personal grieving behind so that they could do a higher purpose: saving lives for other individuals," Thompson said.

Flowers Say So Much

But there certainly have been difficult times over the past decade. The recent ceremony brought back one particularly poignant moment.

In late 2008, Mary and Leo created a floragraph - a photo made of flowers - of Kelly for use on the Donate Life float in the 2009 Rose Parade in Pasadena, Calif. It's a precise process, finding the correct shades of color.

"It took on a magnitude that I never expected," Mary Nachreiner said of the time she and her husband spent in a large barn across from the Rose Bowl, crafting the floragraph. "This was the closest physically we've been to Kelly since she died, when you're outlining every feature of her face. ... there were times it was very daunting, because it's so important to do it right. Sometimes I'd just have to step away.

"Really, that was kind of a microcosm of how Leo and I have been on this journey. Because he just kept after it, he was steadfast, he kept things going. But there were times when I just had to step back and take a break. That's how our life has been."

The Nachreiners, who celebrated their 33rd wedding anniversary in May, were the last ones to leave the barn that night after spending six hours making the floragraph. "I could have spent more. It's my kid, I want to do it right," Mary said.

Just the Basics: A Mom and Daughter

Jill Ellefson, the director of the UW Health Organ Procurement Organization, presented the framed floragraph to the Nachreiner family at the ceremony.

"One of my responsibilities this morning was to introduce Mary," Ellefson said. "And in doing so, I wondered if I should chronicle her professional accomplishments in the OPO, or her background as a physical therapist for the Rural Health Cooperative before she joined us. I wondered if I should comment on her national leadership roles (in organ donation) ... But I decided that I should introduce Mary with what I think she feels is most important about herself. And I think that's actually just two words: A mom."

Nicole, who recently earned her master's degree in Nursing, and Whitney, an X-ray technician at University of Wisconsin Hospital and Clinics, both attended the celebration. But what would Kelly Nachreiner have thought about the ceremony?

"She'd have been out the door," Mary said with a smile. "Kelly was pretty simplistic. One of her classic responses to things was 'Whatever.' She was definitely not about fanfare. So any of the high-profile stuff, she kind of would've shied away from.

"Somebody referred to her as a hero, and I was like, 'That's not a label that she would be comfortable with.' She was just a giving person, a kind person and she made a kind decision. That's as much as she would've thought about. I think she would have been very glad to know the actual human impact that she could have on people - sparing someone suffering, offering life to others."