Tanning Risks and How to Avoid Them

Tanning Risks and How to Avoid Them

With more people working inside at desk jobs, having the option to be outdoors is seen as a luxury. People with dark tans may be viewed as having the means and free time to spend in the outdoors away from work.

To achieve this perceived status, people are using sun bathing and tanning beds to get that darker shade. But this time under the lights is coming at a cost. Increases in melanoma and non-melanoma skin cancers are appearing in people who spend more time in the sun. These numbers are significantly higher for those using tanning beds. 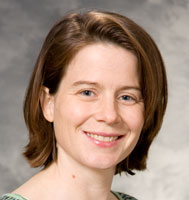 Apple A. Bodemer, MD, UW Dermatologist, says that going to a tanning booth four times a year increases your chances for melanoma, the aggressive and potentially deadly form of skin cancer, anywhere from 11 to 26 percent. These risks are higher for younger people who tan.

Natural sunlight is comprised of UVA and UVB rays, and Bodemer says UVB is responsible for the burning that we get. “Burning is the natural limiting factor to give you a clue that you have been in the sun too long and need to get out. You don’t get that natural inhibitor in a tanning bed because you’re not going to burn as readily.”

Tanning beds are primarily UVA radiation. It’s a high dose of UVA radiation and UVA penetrates the skin deeper than UVB. Both have access to the nuclei of cells, which is where they create their mutations that lead to skin cancers.

There is a lag time from UV exposure to when we see the cancer. So when people tan in their 20s they may not see the effects until their 40s or 50s. Tanning bed use also significantly accelerates the aging process. There are specific types of freckling that you see on people who have been in tanning beds. Young people especially don’t think of long-term effects like Basel cell cancers, which typically don’t kill you but treating them can cause significant scaring.

The best prevention is to avoid sun tanning and tanning bed use altogether, but if you feel like you need to have that glow, Bodemer says spray-on tanning or self-tanning creams are a much safer way to go.

“Some people are concerned about the chemicals in these product, but risks of having an allergic reaction or complications from the chemicals in sunless tanners is much smaller than getting skin cancer from tanning.”

There is a range of different spray-on tans and she says you can find some that are more natural than others.

For those who enjoy soaking up the sun rays a good defense is to avoid exposure during the midday when the sun is highest in the sky. Use the shadow rule, which is to find shade when your shadow is shorter than you are. This gives you an idea of the angle of the UVB rays are coming at you. If they are coming directly at you, you’re not going to have any shadow. And as your shadow gets longer it tells you that the rays are coming at you at a wider angle so you get some of the benefit of the atmosphere soaking in those UVB rays before they reach you.

If you are going to be outside at any time during the day, Bodemer recommends using sunscreen and applying it at least 20 minutes before going out. Use SPF 30 or higher and reapply at least every two hours. A good practice is to put it on in the morning and if you will be outside more during the day you should reapply. Even if it is cloudy you should wear sunscreen since UV radiation passes through clouds.

Covering up with clothing is another defense. “Darker colors and tighter weaves will give you more protection than a thin or light colored shirt,” says Bodemer. “One good rule of thumb is if you can hold your shirt up to a light bulb and see light coming through than UV rays will come through.” She also recommends using UPF rated garments that are engineered to block UV rays, and most have good ventilation built in.

More About Protecting Your Skin