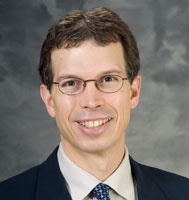 MADISON - Onthestreets of Managua, Nicaragua, a little girl begs for money from strangers. The passerby may not notice her flowered dress or her shy smile, but they can't help but notice her face. Her right eye, though closed, appears huge and bulges from her face.

Even in this poor country, some pity the girl and give her food or maybe a few coins. This helps provide basic necessities for her, her mother, and her four little brothers.

At age 10, this girl has never been to school and had little medical care.

This was how a team of volunteers from the non-profit group Healing the Children found Jorleny Gonzalez when they came to Nicaragua on a medical mission in 1997.

While the health care professionals who volunteered for this two-week mission were able to treat many children in that time, some cases required more complex treatment than could be provided in Nicaragua. Such was Jorleny's case.

Healing the Children provided for Jorleny's transportation to Wisconsin for medical care and coordinated her stay. Stephen P. Hardy, MD, a UW plastic surgeon specializing in craniofacial disorders, found Jorleny had neurofibromatosis, a condition that caused a baseball-sized tumor of the optic nerve that deformed her right eye socket and skull. Her problem wasn't simply cosmetic - without treatment, the tumor could keep growing into the skull, potentially causing brain damage and premature death.

"Jorleny had a very severe case of neurofibromatosis," explains Dr. Lucarelli, who is an assistant professor in the Department of Ophthalmology and Visual Sciences. "By the time we saw Jorleny, her right eye was no longer useful and the tumor had deformed her eye socket."

After Jorleny underwent examination and radiologic imaging, Drs. Hardy, Iskandar and Lucarelli devised a plan to remove the tumor and reconstruct Jorleny's skull and orbit. The process would require several operations. Mary Dowling, the Madison-area coordinator for Healing the Children, became Jorleny's foster mother during the 10 months she was in Wisconsin receiving medical care.

"At first, Jorleny was very shy," says Dowling, the mother of five and a foster parent to dozens of kids over the last 19 years. "She often put her head down, trying to hide her face."

Language was also a problem at first: Jorleny spoke only Spanish.

"We knew very little Spanish, but we learned more, and she picked up English fairly quickly," says Dowling. "Even though she'd never been to school, she was a very smart little girl."

A few months after she arrived in Wisconsin, Jorleny had her first and most complicated surgery. During a 22-hour operation, the intracranial portion of the tumor was removed by Dr. Iskandar, the neurosurgeon. Then, Dr. Lucarelli and oculoplastic fellow Kristin Tarbet, MD, performed a partial orbital exenteration to remove the tumor from the eye socket and to remove the eyeball itself.

"We had to come up with some creative solutions for this difficult case, and partial orbital exenteration was an ideal approach to handling her orbital tumor," says Dr. Lucarelli. "We were able to save the mucous membrane lining of the eye socket, which meant Jorleny would be able to use an ocular prosthesis. This would give her a much better result."

Reconstruction of the skull and orbit was the next step, during which Dr. Hardy joined in. To reshape the areas deformed by the tumor's growth, the surgeons used bone grafts taken from the skull as well as a porous polyethylene enucleation implant. This type of implant allows the ingrowth of blood vessels, so it is a good choice to fill the space left by the tumor's removal, according to Dr. Lucarelli.

Though this operation was successful, cerebrospinal fluid from around Jorleny's brain was leaking into the eye socket and additional treatment by Dr. Iskandar and surgery by Drs. Lucarelli and Tarbet were required to stop the leak.

"After the surgery, Jorleny's head was shaved and, for many months, she had no eye at all," says Dowling.

"She got some stares and questions, but after that initial process, my kids didn't even notice it any more. Then, her personality really started to come out."

While Jorleny healed, she attended school for the first time. Dowling arranged for the Spanish class at Mt. Horeb High School to teach Jorleny English and how to read and write in her native language. In turn, Jorleny helped them practice their Spanish skills.

"She felt accepted by the kids and that really drew her out," says Dowling of the once-shy girl. "She became very outgoing."

The process of restoring Jorleny to a more normal appearance required more surgery.

"Because years of the tumor's growth had expanded they eye socket, the floor of the eye socket needed to be built up so that it matched the level of Jorleny's other eye," explains Dr. Lucarelli.

To accomplish this, Drs. Lucarelli and Hardy used porous sheeting, made from the same material as the orbital implant. During the same operation, they fixed Jorleny's upper eyelid which had drooped from years of the tumor's constant stretching. Jorleny's non-functional eyelid was repaired during an operation called a frontalis suspension. During this procedure, the eyelid was hooked to the frontalis muscle of the forehead, which brought it up to a more normal level.

One more operation was necessary to allow an artificial eye to fit better, according to Dr. Lucarelli. The orbital implant was modified, as was the eyelid suspension. Now, Jorleny could be fitted for a prosthetic eye that would be the final step in restoring her appearance.

Ocularist Carrie Messer of Hersloff Opticians in Madison, who has been on several Healing the Children missions to Nicaragua, donated an artificial eye she created to perfectly match Jorleny's existing eye.

"It was weird when she got her new eye," says Dowling. "You forget how much of your expression is in your eyes. Her smile seemed even bigger when she had two eyes, even though one was fake."

Jorleny always had one of these big smiles for Dr. Lucarelli.

"She always remembered Dr. Lucarelli as the ‘doctor with cold hands,' " says Dowling of Jorleny. "I tried to explain the old saying, ‘Cold hands, warm heart.' I think she misunderstood that."

"Serving others is always rewarding," says Dr. Lucarelli. "Whenever you can help a child, it is very gratifying because the benefit will usually last for decades."

At her last visit to the UW Eye Clinic, Jorleny Gonzalez was certainly very different from her first visit 10 months earlier. The appearance of her face was the most obvious change, but many other differences were apparent.

"Here was a girl who went from a life of begging on the street to a home where she was cared for with affection," says Dr. Lucarelli. "She gained weight because of better nutrition. She was also going to school and learning English. A lot of positive things happened while she was here - none of which could have happened without Mary Dowling's dedication."

Dowling is quick to deflect such credit.

"My whole family offered needed support," says Dowling. "It also takes our friends, neighbors and the whole community to assist with a success such as Jorleny had in her treatment. The teachers at the school were extremely helpful and inventive - just like you would want those working with our young people to be. It does take a village to raise a child - no matter the size or where it is!"

How would Jorleny adjust when she went back home? Dowling found out when she visited her in October 1998 in Nicaragua. "She was very pleased with her appearance and was very outgoing. It was like seeing a butterfly emerge."

With the help of Healing the Children and Mount Horeb High School students, Jorleny is also attending a boarding school so she can continue to learn and have a nice place to live. Her mother, who found employment, is pleased with the boarding school and sees Jorleny on weekends.

Soon after Dowling's visit, Hurricane Mitch hit Nicaragua with great fury. However, Jorleny was able to have a message sent via e-mail to Dowling in the U.S. letting her know her family was safe.

Jorleny understands how much difference the generosity of strangers can make in an individual's life. As her country struggles to overcome the hurricane's destruction, she undoubtedly is hoping that same generosity will be extended to many other children in need.