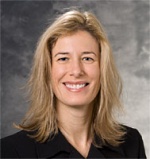 Madison, Wis. - We admire athletes like Michael Phelps for the product - 22 medals during the most highly-decorated career in Olympic history - but also for the process. In our applause we recognize the years of hard work that prefaced the coronation, the childhoods given over completely to mastering a rigorous task and pursuing a difficult goal. Their accomplishments are rare, as is the dedication those accomplishments demanded. If anyone could do it, everyone would.

According to the American Academy of Pediatrics, as many as 45 million children between the ages of 6 and 18 years old participate in some form of sports, the most ever.

"Sports participation is more accessible to all youth, from recreational play and school activities, to highly organized and competitive traveling teams, to pre-Olympic training opportunities," the Academy notes in a study originally published in 2007 and reaffirmed in March, 2011.

In an era of text messaging, video games and alarming rates of obesity, participation in sports can provide a healthy, active alternative to sedentary habits.

The flip side of that athletic coin, though, suggests not all sports participation is healthy participation, and the training demands of an increasingly regimented, pressure-laden youth sporting world can alienate athletes rather than invigorate them. Even Phelps, when asked why he is retiring from Olympic competition after securing that 22nd and final medal, said he wasn't crazy about the idea of "staring at a line for four hours every day," an allusion to his practice routines.

For many kids, too much sports training combined with too much pressure from parents and coaches can lead to burnout, and the consequences may have an impact beyond quitting the high school football or volleyball teams.

"When kids drop out of their sports, they tend not to return to sports in adulthood and are even less likely to exercise," says UW Health sports psychologist Shilagh Mirgain, PhD. "We want kids to be excited about exercise. Participation in sports allows children to develop so many great life skills - learning how to be a team player, developing good sportsmanship and how to deal with loss, which creates resilience, learning to work collaboratively and deal with authority."

But too great an emphasis on the external rewards of athletic participation, like winning an event or even earning a college scholarship, can obscure the intrinsic joy of playing.

"Athletes should feel a sense of value in participation, not just the outcome," says Dr. Mirgain.

To avoid burnout, Dr. Mirgain asks parents to talk with their children about the reasons they got involved in sports in the first place.

"Parents should have conversations with their children about why they play, and keep that in the forefront," says Dr. Mirgain. "We sometimes forget that most kids participate in sports to have fun and be connected with their friends. Have them involved in decision making. Do they want to be involved in sports? And at what intensity?"

Dr. Mirgain also councils parents on the importance of keeping an eye out for the early warning signs of burnout, which manifest themselves in any of three ways:

An effective way to skirt the negative physical ramifications of burnout is to limit the amount of time athletes devote to one sport. The American Academy of Pediatrics Council on Sports Medicine and Fitness suggests one sporting activity be practiced no more than five times per week, with at least one day of rest to allow the body to recover and refresh itself.

Dr. Mirgain agrees and also believes a multifaceted exercise regimen not only helps athletes improve performance but also maintain a necessary variety. She uses a baseball pitcher as an example. If all the pitcher does is pitch, he's risking injury due to the strain that one motion puts on the shoulder, and he might be bored by the monotony of spending so much time on the mound. Integrating a weightlifting routine can strengthen the muscles that power his fastball and keep him fresh mentally by introducing diversity to his practice.

"For young kids, varying the training can help," she says. "They're not just practicing the sport but also developing a strength and conditioning program" that complements their participation.

Most importantly, parents and children should work collaboratively to keep sports in perspective. There is only one Michael Phelps, but everyone can foster a healthy relationship with sports by focusing on the broader benefits.

"A healthy relationship is one of balance, where athletes are challenged in their sports and continue to develop their physical and mental skills," says Dr. Mirgain. "They should have specific goals that they're working toward and the right kind of support to help them reach those goals. A healthy athlete isn't just a skillful athlete, but someone who is able to develop the different aspects of themselves through sport."