How Much Sodium Should You Consume?

How Much Sodium Should You Consume? 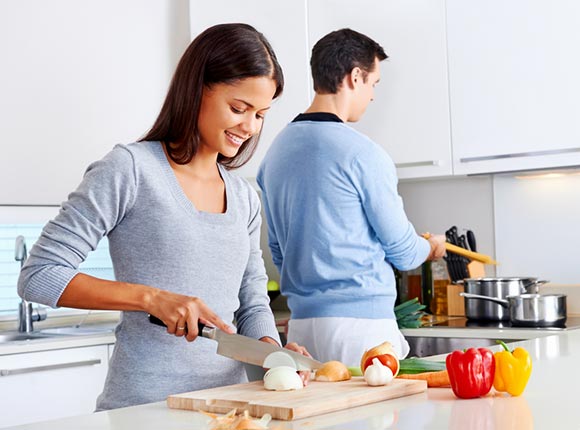 What may not be clear, says UW Health clinical nutritionist Alicia Bosscher, is how much sodium is best, and what are the most common sources of sodium in our diet.

Current recommendations state that the right amount of sodium is between 1,500 milligrams (mg) and 2,300 mg daily. People who are at risk for high blood pressure should limit their sodium intake to 1,500 mg per day. A small group of people – elite athletes like marathoners, who sweat out dramatically more sodium than the general public – can safely consume more than the 2,300 mg per day recommendation. But they are the exception, not the rule.

What, then, is the source of the confusion surrounding appropriate sodium intake? Bosscher says the culprit may be a group of studies that surfaced in 2013, suggesting daily sodium of intake of less than 2,300 mg or more than 7,000 mg may increase the risk of heart attack and stroke.

The problem? Those studies didn't say that at all.

"When you read the conclusion of the studies, never once do they state that low sodium intake causes heart attacks or death," Bosscher says. "Instead, the committee says there is not enough evidence to support lowering sodium to less than 2,300 mg per day."

In science, words matter, and it's easy to misconstrue a phrase like "there is not enough evidence to support lowering sodium to less than 2,300 mg" to mean "you may be endangering your health if you consume less than 2,300 mg of sodium per day."

Also, it's easy to latch onto a number like 7,000 because it's substantially higher than what's been recommended. But the study's methodology, says Bosscher, was questionable, and the previously stated recommendations stand – no more than 2,300 mg per day, and more in the neighborhood of 1,500 mg if you're at particular risk for high blood pressure.

But knowing the proper sodium targets is only effective if you know where the sodium in your diet is coming from.

"It's really not about that salt shaker," Bosscher says.

According to the Food and Drug Administration (FDA), Americans consume on average 3,400 mg of sodium per day. Nearly three-quarters of the sodium in the average American's diet comes from processed and restaurant foods.

"There is a lot of hidden salt (in the average diet)," Bosscher says. "When people start looking at labels, they're often surprised by how much certain foods contain."

While the recent FDA release of voluntary sodium reduction guidelines is a step in the right direction, Bosscher wants to make sure people understand the targets are just that – voluntary, meaning the food industry can ignore them, if they choose. So a diet high in restaurant and processed food swill still contain unhealthy amounts of sodium.

"People still ultimately control how much sodium they eat each day," Bosscher says.

If you're getting too much sodium, Bosscher suggests the following: