Small Molecules, Big Ideas: How Nuclear Chemistry at UW is Being Used for New Targeted Therapies and More

Small Molecules, Big Ideas: How Nuclear Chemistry at UW is Being Used for New Targeted Therapies and More 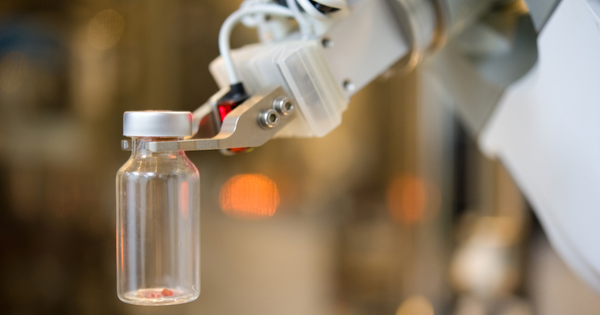 Being able to detect cancer is hard but advances in nuclear chemistry are helping pave the way for better non-invasive methods to diagnose and manage these diseases.

Researchers like UW Carbone Cancer Center member Paul Ellison, PhD, develop new small molecules that can be used for medical imaging as well as for targeted therapies to treat cancer. He and his colleagues at the UW–Madison Cyclotron Lab take advantage of the properties of different types of radioactive molecules.

“We can make a whole different and wider palette of the types of radioactivity that you'd use for doing either PET imaging or a certain type of radiation therapy,” Ellison said. 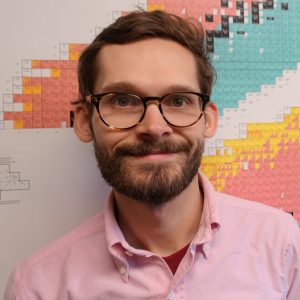 To generate the radioactive molecules, researchers use a specialized piece of equipment in the Wisconsin Institutes for Medical Research called a cyclotron. This machine accelerates subatomic particles to high kinetic energy, bombarding a specially-designed and engineered target. Then, that process induces a nuclear reaction in the target converting the molecules of that element into a new radioactive element, referred to as a radionuclide.

When radionuclides lose energy, or decay, they emit various types of subatomic particles that can offer different advantages in the clinic. For example, radionuclides that decay by positron emission can be used for PET imaging to detect cancer while other kinds of radioactive decays can be used for specific types of radiation therapies. Ellison and his colleagues are currently developing Meitner-Auger-electron emitting radionuclides, which deposit significant radioactive decay energy within a micrometer or sub-micrometer radius.

“For a long time, people have said that these Auger electron emitters have really high potential for doing radiation therapy because of the fact that that radiation is so much more localized to where the radionuclide was,” Ellison said.

However, that level of localization poses new challenges since researchers then also need to carefully study the effects of the radiation potency inside the cells of the tissues being targeted.

“There's sort of a whole other level of fundamental radiation biology and understanding that you have to have,” Ellison said.

“The size and polarity of the molecule make a big difference in terms of its biological activity,” Ellison said. “It changes its biodistribution really, really dramatically, so when the radionuclide is in the body, it behaves radically different.”

Ellison is particularly interested in attaching Meitner-Auger-emitting radionuclides to PARP inhibitors, which are used to treat certain types of BRCA-positive breast and ovarian cancers. Ellison says they serve as a biological targeting vector for which the macroscopic biodistribution of is already known and which has a biological function that would bring the radionuclide close to the DNA of cancerous cells. In collaboration with other researchers at the University of Pennsylvania, they showed that they could make these bromine-based PET and Auger electron radiotherapy agents.

Now, Ellison is developing new types of these bromine-based PARP inhibitors and studying their efficacy in cancer cell lines with varying PARP expression levels and BRCA mutations. This work is being done in collaboration with fellow UW Carbone member Manish Patankar, PhD, who is also a professor in reproductive sciences.

“The combination of the Cyclotron Research group’s exceptional cyclotron capabilities, our group’s nuclear and radiochemistry expertise, and the cancer biology research expertise of the Carbone Cancer Center gives us the unique ability to study the fundamental radiation biology of Meitner-Auger electron emitting radiopharmaceuticals,” Ellison said.