Should Men be Tested for Low T?

Should Men be Tested for Low T? 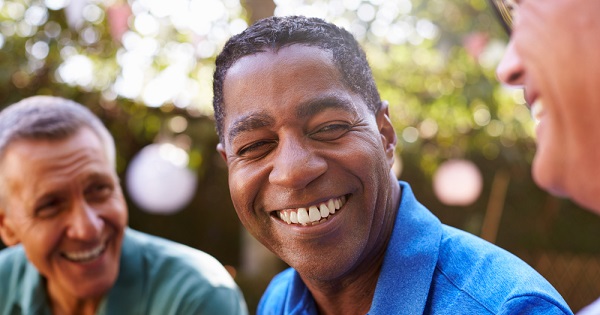 Flip through a men’s magazine or the sports channels on TV and you’re likely to see an advertisement about “low T” and how it can be the culprit behind a number of health ailments. But the truth about low testosterone is more complex than the pharmaceutical ads make it seem, says David Paolone, MD, an urologist at UW Health’s Men’s Health Clinic.

While the proliferation of ads in recent years has inspired more men to check their testosterone levels than is probably necessary, low testosterone is relatively common. “All men as they get older have a drop in testosterone — that’s something we see across the board,” Paolone says.

Should You be Tested?

Take our screening quiz to see if a visit to the Men's Health Clinic would be beneficial for you. Take the quiz

What You Need to Know About Low T

Here’s what you need to know about this condition and when and how to treat it.

It can affect you in ways you wouldn’t expect. Testosterone levels can influence more than sex drive and sperm count. “Testosterone is very important for cellular functioning, so it’s not just sexual symptoms — it can affect your cognitive ability, energy level, strength, vitality, bone health. All of these things can be reduced if someone has low testosterone,” Paolone says.

At the same time, it can be easy to mistakenly attribute the condition’s vague symptoms — including weight gain, difficulty concentrating and fatigue — to low testosterone when they could be caused by another health problem, such as depression or sleep apnea, he says.

Don’t test just to test. As awareness of "low T" has grown, Paolone has seen more patients eager to have their testosterone levels checked simply because they heard they should have it checked. “If you feel fine, you don’t have to go fishing for low testosterone,” he says. “We try to direct treatment only to men who are experiencing symptoms.”

It’s treatable. If you’re experiencing symptoms as a result of low testosterone, your doctor may recommend hormone replacement therapy. The supplement needs to go through the skin, but it can be given as an injection or applied as a gel or patch. Treatment is usually long-term. Gels and patches are applied daily, and shots can be given every two weeks or every few months, depending on the treatment.

Treatment doesn’t always work. “Many men whom we’ve given testosterone replacement therapy have seen their symptoms dramatically improve, but about one-third of men who see me don’t feel any better after the treatment,” Paolone says. “It’s a little frustrating for guys when they’re looking for a simple, straight-forward fix, and that’s why testosterone gets checked so frequently, but unfortunately, it’s more complicated than that.” If your symptoms don’t resolve after treatment, it could be a sign that another condition is to blame.

Treatment is safe for most men. Safety issues made the news last fall, when the FDA issued a new warning about the physical and mental health risks associated with the abuse of testosterone products. But a majority of scientific studies on testosterone replacement therapy haven’t found any increased risk of heart attacks or stroke with proper use, Paolone notes. “While it’s always important for any man to think about his risks for heart attack or stroke, and certainly men who are getting this treatment need to be monitored, testosterone replacement therapy is generally thought to be safe for men who need it,” he says.