Does Exercise Lead to Stronger Bones?

Does Exercise Lead to Stronger Bones? 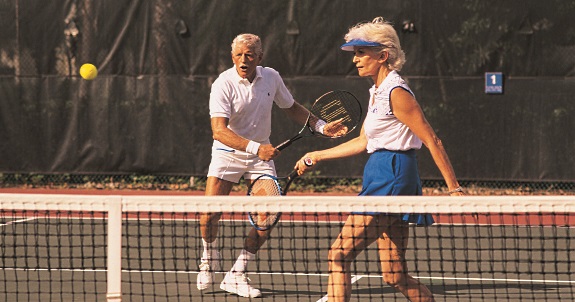 Exercise at any age is essential to good health, but UW Health Sports Medicine doctor Tamara Scerpella's research is showing that exercise as a teenager is the best way to develop strong bones that may extend into a person's later years.

Osteoporosis - the weakening of bones with age - is an ascendant problem. More people are living longer, and more people are suffering serious injuries because of frail bones.

A logical question follows: What can be done to increase bone strength and prevent some of the injuries that plague our older population?

What Bones Really Are

It's tempting to think of bones as static. After all, they're bones - solid, relatively unchanging. But that's not the case, says the American Academy of Orthopaedic Surgeons.

"Because bone is a living tissue, it changes in response to the forces placed upon it," states an article on the AAOS website. "When you exercise regularly, your bone adapts by building more cells and becoming more dense."

Peak bone mass in women occurs between the ages of 16 and 20. Bone mass gradually declines when women reach their mid-30s and declines more rapidly after menopause.

Building and maintaining bone density is the key to bone health, and Dr. Scerpella's research is more temporally precise. Her work indicates that exercise during youth improves bone density and bone strength.

"My research clearly indicates the bone building benefit of exercise during childhood and adolescence," she says. "The appropriate time to build stronger bones is while the bones are growing."

The kind of exercise matters, as well.

"It is quite clear that impact-loading exercises are more capable of enhancing bone mass and strength and structure than repetitive exercising such as running, and particularly exercise that minimizes impact, such as walking," says Dr. Scerpella.

Sports like basketball, volleyball and gymnastics, then, build bone better than walking and swimming, because the impact inherent in these activities strengthens bones.

How Do You Get Strong Bones Later in Life?

Does the same hold true for older people? Does an active adolescence translate to stronger bones in the middle-aged and elderly? And does exercise later in life continue to increase bone strength?

Dr. Scerpella isn't willing to go quite that far yet. She has followed smaller groups of people from childhood to adulthood, and the results of those studies suggest that bone building in adolescence leads to stronger bones for adults. But the studies haven't involved enough people, followed for a long enough period of time, to make that broad determination.

"We are still lacking the absolutely definitive proof that bone building during youth, from impact exercise, will persist to make better bones during adulthood," she says.

What You Can Do As an Older Adult

Whileit is much harder to build bone as an adult, Dr. Scerpella notes that researchers have shown weight-bearing exercise helps to maintain bone health. The medical profession is very comfortable with exercise as something of a blanket prescription. Its benefits include a decreased risk of diabetes and cardiovascular disease as well as others that address osteoporosis in ancillary fashion.

Exercise, according to the AAOS, improves balance and coordination, which in turn mitigates the events that make osteoporosis such a danger to older people.

"This becomes especially important as we get older," the article states, "because it helps to prevent falls and the broken bones that may result."

So keep up that exercise regimen later in life, and if you have children or grandchildren in middle school or high school who enjoy impact-loading sports like basketball and volleyball, encourage them to keep spending time on the courts. It's fun, and it's building stronger bones.