One in a Million: Single-Cell Genomics Enables Deeper Understanding of Cancer

One in a Million: Single-Cell Genomics Enables Deeper Understanding of Cancer 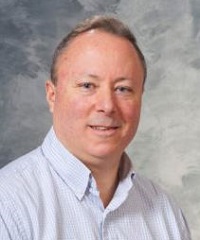 The sequence of a person’s DNA, their genome, tells a story of personal traits, ancestry, and health. Similarly, genes expressed in cells reveal function, give key insights for cancer research, and are becoming an instructive clinical tool. Traditional sequencing methods combine the genetic information of thousands or even millions of cells. But what if the important sequences are the proverbial needle in a haystack?

Enter single cell genomics, a complementary technique that allows researchers to glean genetic information from individual cells rather than entire populations. This precision helps researchers better study and understand complicated diseases, like cancer, where a single mutated cell can give rise to disease.

Emery Bresnick, PhD, co-leader of the UW Carbone program on Genetics and Epigenetic Mechanisms and director of the Blood Research Program at UW-Madison, and senior scientist Kirby Johnson, PhD, are among the first who worked with the Biotechnology Center to perform experiments with this technology.

Bresnick researches a class of proteins called the GATA family and how mutations in the DNA that code for these proteins give rise to blood cancers. One of these mutations involves only a single site in the DNA, but this minor change can have major implications:

“This mutation is necessary for acute myeloid leukemia to develop, but it’s not sufficient to do so,” Bresnick says. “So, what makes it sufficient?”

To answer that question, one of the researchers in his lab, Alexandra (Ali) Soukup, PhD, generated a mouse model with the human mutation.

“The mouse embryos developed normally to adulthood,” Bresnick says. “But Ali discovered when you stress the blood system of the animals, they die at a much higher rate because they lack the ability to efficiently regenerate the blood system.”

Under normal conditions, this mutation is silent and has no consequences. However, Bresnick adds, “If a person has this gene mutation, we think that with the right stressor, such as secondary genetic events or environmental stresses, only one cell that goes awry, becoming hyperproliferative and not responding to normal growth constraints.”

With the Biotechnology Center’s single cell genomics instrument and their mouse models, Bresnick and Soukup will test that hypothesis. The information they learn will deepen understanding of how leukemia develops in humans and could identify new therapeutic targets.

“Until recently you couldn’t do these types of studies, and, as with any type of profound technological innovation, single cell genomics will usher in major new discoveries that will transform biomedical research and medicine,” Bresnick says.

For Rupa Sridharan, PhD, assistant professor of cell and regenerative biology with UW Carbone and the Wisconsin Institute for Discovery, the technique has been vital for her studies on how any cell in a body can be reprogrammed to become stem cells. She uses single cell genomics to look at how efficient this reprogramming is, and her work could shed more light on how cancer cells form from normal cells.

“This technology has been amazing because now I can actually see what is happening in every cell,” Sridharan says.

Though the ability to do single cell genomics experiments at UW-Madison has come about only recently, it is already fueling innovative research.

For cancer research, it will be an enabling tool to “discover the molecular basis of disease and to leverage these insights to develop strategies to treat disease,” Bresnick says. “Let’s say you’re looking at population of 500 cells and five were triggered. In a population analysis, you’d never see the change. You have to look at the single cells, otherwise, you’ll miss the boat.”