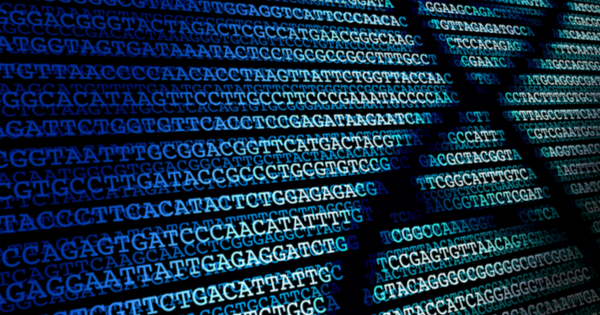 When it comes advancing science, it often takes a lot of little steps to add up to something big.

But there's nothing small about what Emery Bresnick, PhD, and his team have been able to achieve in recent months. Along with his research group and collaborators, Bresnick was involved with the publication of three major papers, received a highly competitive grant to further research and developed a new program to study blood cancers on campus.

It's a team effort aimed at moving the needle and speeding the development of new treatments for blood cancers such as leukemia.

Bresnick, a professor of cell and regenerative biology, has had an active lab on campus since 1994. He directs the UW-Madison Blood Research Program, co-directs the Genetic and Epigenetic Mechanisms Program of the UW Carbone Cancer Center and conducts research focused on understanding the mechanisms that drive blood cancers.

In July, Bresnick and the UW School of Medicine and Public Health introduced the Wisconsin Blood Cancer Research Institute, which will build collaborative research programs with existing and new faculty members. The goal is to further study what makes blood cancers tick and to use this knowledge to innovate new therapies. For Bresnick, that means exploring human genetic variants, or factors intrinsic to our DNA, that predispose some to cancer, and developing mouse models to rigorously understand these mechanisms and identify opportunities to advance clinical diagnostics and therapeutics.

"We want to be able to build interpretive guides to genomes to allow a genetic practitioner to predict one's susceptibility for developing blood cancers," he said.

For many years, Bresnick's translational research lab has been focused on untangling the intricacies of a protein called GATA2, which is essential for the generation and function of blood stem cells and the specialized cells they create.

In other words, GATA2 tunes the batteries of genes that orchestrate the process of healthy blood cell development. However, when those genes can't turn on or off, things get sticky. Inherited or germline mutations in the GATA2 gene cause a GATA2 deficiency disorder, a pre-cancerous disease involving immune system disruption.

However, Bresnick's collaborator, Steven Holland, MD, had previously observed that some patients with a GATA2 deficiency do not have a mutation in the coding region of the gene. Coding regions provide instructions for making proteins, but in this case, it was a non-coding region that was of interest. These non-coding regions or 'enhancers' are often overlooked by clinical geneticists, but have been a major area of focus for Bresnick. 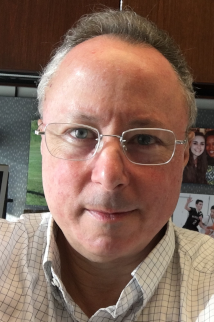 One paper published in the Journal of Experimental Medicine, in collaboration with UW-Madison scientists Kirby Johnson, PhD, Sunduz Keles, PhD and Joshua Coon, PhD, explores what happens to blood stem and progenitor cells when once of these enhancers is stripped away in a mouse model. Removing the enhancer prevents blood cells from differentiating - or changing into specialized cells that mediate immune responses and other vital functions - but surprisingly, it kicked on an innate immune response from the cells that did form.

"Innate immune machinery is crucial in battling infection, but it has two faces," Bresnick said. "It creates a barrier against pathogens, but some of these components also have a fundamental role in blood cell development. We provided evidence that if you manipulate these components, you could partially restore the normal differentiation activity."

Another paper, published in the journal Leukemia by Bresnick and the University of Chicago's Lucy Godley, MD, PhD, outlines a newly discovered coding region mutation. Using a technique called a genetic rescue assay, they were able to determine that a new mutation from a family with blood diseases did ... well, not much of anything. Which is bad news, because it's not generating a functional protein in the patients who have it. Coding mutations can be active or non-active, and differentially impact protein function.

With over 300 genetic variants in the GATA2 gene, it's helpful to know what does what. And the same genetic rescue assay developed in Bresnick's lab can be used to directly compare two samples. "We can re-introduce normal GATA2 and compare its activity to a human disease mutant of GATA2," he said.

It was that technique that helped Bresnick's group win a highly competitive grant from the Edward P. Evans Foundation, which seeks a cure for Myelodysplastic syndromes, or MDS. "MDS is a type of bone marrow failure when you don't yet have leukemia, but it commonly morphs into leukemia," Bresnick said.

As it stands, the only possible curative option for MDS is a bone marrow transplant, but it's very risky. Because of that, only young and relatively healthy patients are eligible, and even then, it's estimated that the procedure only works in about one-third of eligible cases.

Using genetic rescue assays may be key to developing a new therapy that's more effective and less risky. "With a genetic rescue assay, you can establish how a disease mutant behaves in comparison to the normal protein," he said. "We want to use this system to screen for potentially therapeutic small molecules to restore deficient activities and/or to attenuate ectopically exaggerated activities."

Bresnick's team will now receive $200,000 per year in grant funding for the next three years to further study and refine the approach.

A third paper published by Bresnick and colleagues this year in Cell Reports explores the role of a molecule called heme in genome function.

If all of this wasn't enough, Bresnick received two other honors this year. He received the Lowell and Gwendolyn Smythe Endowed Professorship from the UW School of Medicine and Public Health, and was named the Gary Felsenfeld Professor of Cell and Regenerative Biology from the Wisconsin Alumni Research Foundation.

That last one was personally meaningful, as Bresnick was able to choose the name of the professorship himself. Not only is Gary Felsenfeld a pioneering physical chemist and molecular biologist - and one of Bresnick's former mentors - but he embodies the collaborative spirit that Bresnick's lab uses today.

"Gary was a multidisciplinary investigator before 'multidisciplinary' was used to describe science," Bresnick said. "My philosophy is to work with teams of experts and trainees to achieve goals that no single individual would likely find accessible, and this synergistic approach makes doing science and training the next-generation of investigators particularly rewarding."