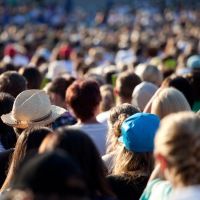 Madison, Wisconsin - While breast cancer gets all the publicity, the gynecologic or below the belt cancers actually kill many more women worldwide.

Wisconsin women will walk in sisterhood with women from Turko, Finland and Capetown, South Africa as part of the first ever Globe-athon event taking place in more than 80 countries. Wisconsin's event is a 12-hour walk on Sunday September 29 from 8am to 8pm around the State Capitol.

"It's so important to have higher visibility for these threats to women's health," says Dr. David Kushner, director of the UW Carbone Cancer Center's Gynecologic Oncology program. "If we can educate women about the subtle signs of these cancers, we can begin treatment earlier and have a chance for better outcomes."

These silent and deadly gynecological cancers accounted for 19 percent of the 5.1 million estimated new cancer cases, 2.9 million cancer deaths and 13 million 5-year prevalent cancer cases among women every year. Each year, over 230,000 women are diagnosed with ovarian cancer worldwide; the majority of these women will die from the disease. Cervical cancer is on the rise in South and East Asia, Latin America and Africa with the incidence and death rate higher than it has been in 30 years.

Lori Seaborne, a physician's assistant in the gynecologic oncology program, notes that the walk is not a fundraiser, but is rather designed to raise awareness of the issue. "It's a unique chance for women to come together from around the world, and support their sisters, mothers, and friends who are fighting these cancers," she says. To register and for more information, go to www.globeathon.com