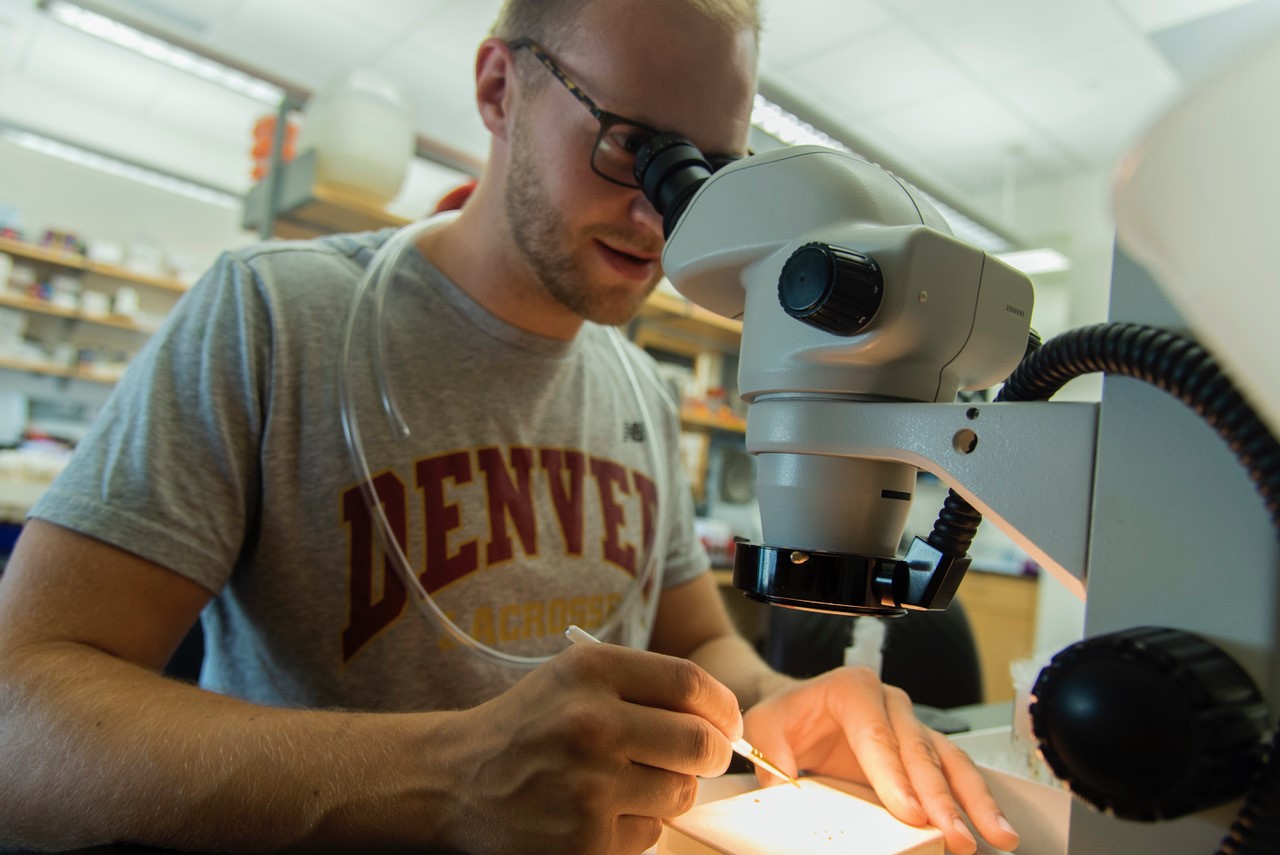 Leave that last banana on the kitchen counter for a few too many days and you might find your forgetfulness rewarded by an invasion of fruit flies. These tiny pests, despite all outward appearances, actually share many important biological similarities with humans that make them valuable models for studying human disease, including cancers.

Melissa Harrison, PhD, an associate professor of biomolecular chemistry at UW-Madison and UW Carbone Cancer Center member since 2018, exploits those similarities to understand the process of how a single cell eventually develops to become a complete organism – human or fly – that is made of hundreds of different cell types.

“A single DNA genome has all the information needed to make all the cells in an adult organism,” Harrison said. “So how is that genome correctly interpreted during development so that all these different cells are made at the right time and in the right place? And If something goes wrong with that interpretation, how does that lead to disease?”

One protein that helps interpret the genetic code written in DNA is called “Grainyhead.” This protein was first discovered in fruit flies but is present in a wide variety of species, including humans, and has been shown to affect the growth of tumors in human cancers. But Grainyhead does not always act the same way in every cancer. In some cases, it may promote tumor growth and suppress growth in others. The underlying reasons for this divergence are not currently known and represent one area of Harrison’s research efforts.

“We’re trying to understand why Grainyhead has this dual mechanism because, of course, you wouldn’t want to knock down a tumor suppressor thinking it was a tumor promoter, and vice versa,” Harrison said. “Understanding the fundamental biology and function of this protein is going to be very important.”

Earlier studies of Grainyhead examined the protein’s function in tissue samples and cell culture – a useful approach, but one that doesn’t capture the complexity of an entire organism, Harrison argues.

“We and other research groups had data from mammalian tissues, mammalian cell culture, and fly tissue that Grainyhead acted as a pioneer transcription factor,” which first defines what regions of DNA should be interpreted by other proteins, Harrison said. But when Harrison and her students looked at Grainyhead in the fly embryo, they demonstrated the protein didn’t have that function.

For Harrison, these early results show that an animal model is necessary to complement studies performed in cell and tissue samples.

Now that Harrison and her students have shown that Grainyhead’s function changes depending on its biological environment, the next step is to determine how and why this difference happens. To help answer these broader questions, Harrison’s lab is using and developing new tools, including Cas-9 genome engineering, to study fruit fly biology.

“Fruit flies had over 100 years of tool development, but now we can make individual point mutations or manipulate expression levels to mimic human tumors, which is really powerful,” Harrison said. “We’ll be able to ask very precise questions about when in development Grainyhead is required for what function.”