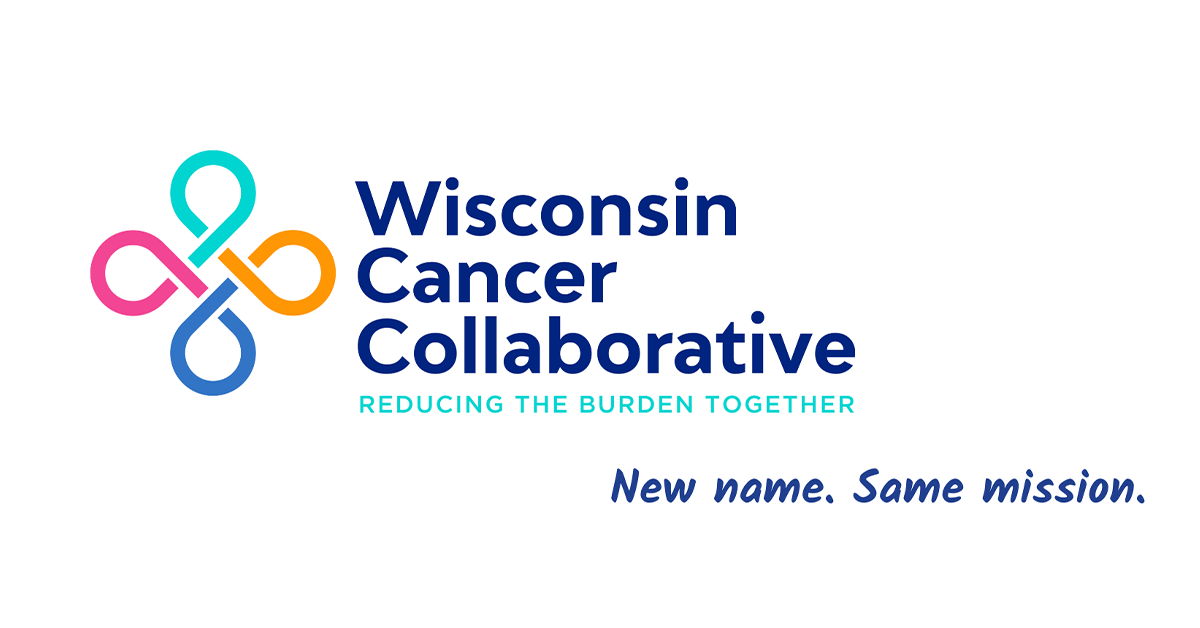 Reducing the burden of cancer in Wisconsin. For years, that's been the mission of both the Wisconsin Comprehensive Cancer Control Program and the Wisconsin Cancer Council, two separate but interconnected entities.

Now, the two are officially uniting under a new name: the Wisconsin Cancer Collaborative.

"We decided that now is the time for us to clear up confusion and have one unified name," said Sarah Kerch, director of the Wisconsin Cancer Collaborative. "We felt that simplifying the name was effectively removing a barrier to people participating in the state's cancer plan."

The roots of the Wisconsin Cancer Collaborative can be traced back to the early 1980s. It was the creation of Gerald Doelle, executive vice president of the American Cancer Society in Wisconsin, and Dr. Paul Carbone, director of the Wisconsin Comprehensive Cancer Center, which later became the UW Carbone Cancer Center. Their goal was to bring together stakeholders from around the state to improve cancer control efforts and health outcomes throughout Wisconsin.

Then, about 20 years later, the Wisconsin Comprehensive Cancer Control Program came into existence. With funding from the CDC, the group was tasked with creating a cancer control and prevention plan for the entire state. The program is housed at UW Carbone, in partnership with the Wisconsin Department of Health Services Division of Public Health.

However, having both a Comprehensive Cancer Control Program and a Cancer Council got a little confusing at times. "I think this change simplifies things so that the work we do can feel every more accessible and relevant to partners across Wisconsin," said Carrie Kilman, communications manager for the Wisconsin Cancer Collaborative.

While a few things are changing – the website, logo and print materials were all given a refresh – the mission of reducing cancer's burden is staying the same.

Guiding that work is the Wisconsin Cancer Plan, a multi-year roadmap of sorts for individuals and communities to blunt the impact of cancer over the next decade. It's shaped by the contributions of Collaborative members from across the state. The fourth iteration of the cancer plan is set to be released later this year, and will cover the years of 2020-2030. It will appear in print and online.

While planning for an entire decade of control and prevention may sound tricky, the plan isn't expected to stay static. "We consider the Wisconsin Cancer Plan to be a living document," Kilman said. "It will change as the needs of the state change and as new issues emerge."

In addition to working on the cancer plan, members have access to a variety of education and outreach resources, including everything from cancer infographics to policy issue briefs. In the coming months, the Collaborative will be launching a new search tool for members to find specific resources in the database. "The resources themselves will be the same, but the ease with which anyone across the state will be able to use them will be significantly improved," Kilman said.

If you're currently dealing with cancer in some capacity, you may be wondering: what does this change mean for me? While the Wisconsin Cancer Collaborative name may be an unfamiliar one, it's likely you're much more familiar with an organization that's providing you with care, support services, or another form of assistance. And there's a good chance that organization is already working closely with the Collaborative.

"Of the 140 organizations that we serve, many of them directly serve cancer survivors, co-survivors, patients and caregivers," Kerch said. "From their perspective, I think not much changes, other than us better serving the organizations that they are so familiar with, and making sure we provide the latest and greatest evidence to prevent and control cancer."

In addition, Wisconsin Cancer Collaborative materials and resources are already being used by health professionals throughout the state, and patients should feel good about putting their trust in them. "I want the public to know that when they see our logo on a poster in the doctor's office or a flyer given to them by a nurse, they can trust that the information on it is reliable, it's based in the latest evidence, and it's backed by this comprehensive statewide organization," Kilman said.

For more information about the Wisconsin Cancer Collaborative, as well as membership options, visit the newly revamped website. You can also catch the latest updates from the Collaborative on Facebook and Twitter.