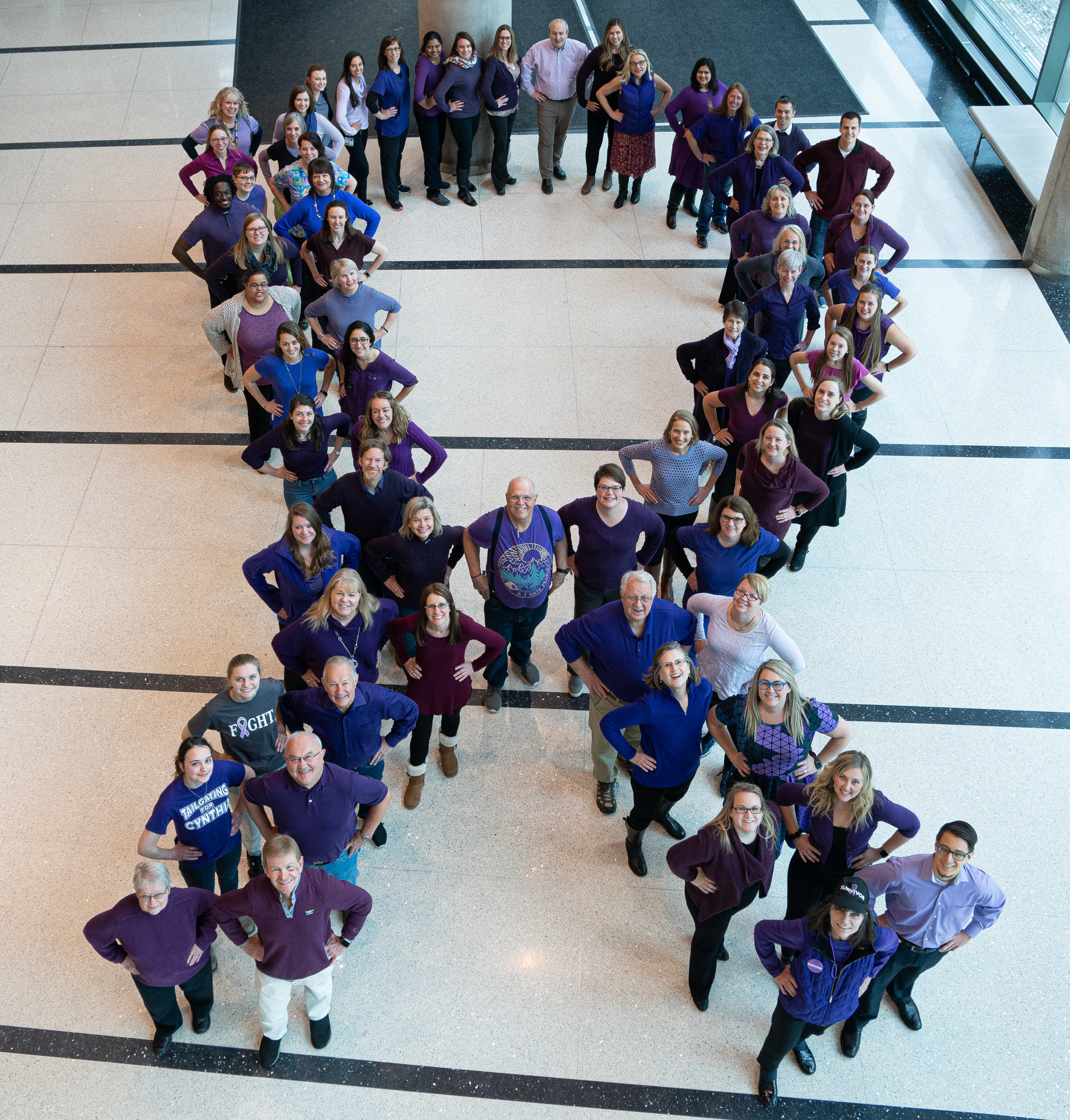 In a time when overall cancer survival rates are going up and patient outcomes are improving, pancreatic cancer is a stubborn outlier.

An estimated 60,000 individuals will be diagnosed with the disease in 2020, an increase from previous years. The five-year survival rate is less than 10 percent. Additionally, pancreatic cancer is projected to be the second-leading cause of cancer deaths in the very near future.

The UW Carbone Cancer Center, however, is looking to turning these trends around. In partnership with the Pancreatic Cancer Task Force, UW Carbone is committed to expanding research and improving outcomes and quality of life for pancreatic cancer patients and survivors. That includes the launch of the UW Health and Carbone Cancer Center Pancreatic Cancer Prevention Program in February 2020.

Early detection and prevention efforts have proved to be invaluable in the fight against other cancers.  The problem, however, is that early detection of pancreas cancer is much more difficult. Subtle symptoms of the disease – things like abdominal pain, back pain and nausea – are hardly unique to pancreatic cancer. And more telltale signs, such as jaundice, dark urine and light-colored stools, often only present themselves when a tumor has grown large enough to block the body’s bile duct. By then, the cancer is often advanced, limiting treatment options.

While some have wondered if pancreatic cancer prevention is a realistic proposition, Rebecca Minter, MD, FACS, says there is hope. Minter, the A.R. Curreri Professor and Chair of the department of surgery at the UW School of Medicine and Public Health, is part of the growing team of UW Carbone pancreatic cancer experts, researchers and physicians.

Right now, the race is on to find a biomarker for pancreatic cancer – something that would show up in a blood test. If you think of prostate cancer, you may be familiar with the PSA test, which measures the amount of prostate-specific antigen in a patient’s blood. High levels of PSA can be an indicator of prostate cancer. The idea is to find something similar for pancreatic cancer. “We need that marker in the blood that shows up ideally before a tumor becomes invasive and spreads,” Minter said. “We’re looking for something that’s shed from the primary tumor, or even better a precursor lesion, that can be detected before the primary tumor spreads someplace else.”

The new pancreatic cancer prevention program will focus research and observation efforts on two patient populations that have been shown to be at increased risk for the disease. One group will include patients who have high-risk hereditary conditions. This includes patients with first-degree relatives, such as a parent or sibling, who have had the disease. It also will include patients with BRCA gene mutations, which are most commonly associated with breast and ovarian cancer but can also increase an individual’s risk for pancreatic cancer.

“While most of these cysts are benign, we know that some can change and they can change in concerning ways, Minter said. “Following these patients allows us to ideally identify those at risk and intervene before the patient develops pancreatic cancer.”

With observational data from these two high-risk groups, and high-tech imaging technology, researchers can look for early warning signs and learn more about possible indicators of pancreatic cancer.

While prevention efforts are a priority going forward, researchers will also continue to seek out better care and treatment options. That’s where gene sequencing comes in handy. In this process, a tumor is analyzed to figure out what gene mutation is causing the cancer. The results of the sequencing provide personalized information about a tumor and may mean different treatment for the patient. “If somebody does have, for example, a BRCA mutation and has pancreatic cancer, then that tells us that that patient’s tumor might be particularly to responsive to certain types of chemotherapy or certain types of drugs, specifically called PARP inhibitors, which we’ve thought of more in the treatment of other types of cancers historically,” Minter said.

While gene sequencing is being used across the cancer spectrum, to better understand unique mutations, researchers are only just starting to scratch the surface of pancreatic cancer. “We believe that we probably only know about 25-30 percent of the mutations that contribute to pancreatic cancer today,” Minter said. “As we sequence more and more tumors, we’re going to learn more and more.”

The hope is that the combination of earlier detection and more effective treatment could help turn around those negative trends. And ultimately, it’s research that will pave the way for a pancreatic cancer cure.

In the meantime, UW Carbone has resources available for pancreatic cancer patients and their families, including support services and information about clinical trials.