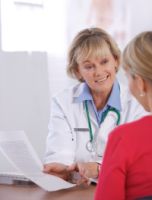 MADISON – Warfarin, one of the world's most widely used drugs, is also one of the trickiest to prescribe. Half of those who take it are at risk of serious problems when given the standard starting dose.
Now, in one of the first illustrations of "personalized medicine" based on genetic information, an international research team has created a model to help doctors determine the best dose of the blood-thinning drug for each patient.
Three UW-Madison researchers were involved in the work.
The model, based on data from thousands of patients treated with warfarin, showed that when doctors included information on patients' genetic make-up and other clinical factors in their decision-making, they did a much better job of predicting the appropriate dose.
The study and an accompanying editorial supporting the research appear in the Feb. 19, 2009, New England Journal of Medicine.
David Page, professor of biostatistics and medical informatics at the UW School of Medicine and Public Health (SMPH) in Madison, was in charge of overseeing the data analysis on the project, undertaken by the International Warfarin Pharmacogenetics Consortium.
Potential of Personalized Medicine
The statistical achievement is one of the first to show the potential of personalized medicine. In this new field, also called pharmacogenetics, physicians look at each patient's genetic make-up to predict how he or she will respond to specific drugs, what doses may be ideal, and if and when treatment should begin.
Gov. Jim Doyle last summer created the Wisconsin Genomics Initiative, a collaborative that brings together the SMPH, Marshfield Clinic, the Medical College of Wisconsin and UW-Milwaukee, to advance personalized medicine in the Badger State. Page also plays a key role in the initiative.
Warfarin was developed at UW and patented by WARF in the 1940s. Millions of patients take the anti-coagulant to prevent life-threatening blood clots that can cause heart attacks, strokes and death. But if the dose isn't right, dangerous bleeding can occur.
Arriving at the right dose is a big clinical challenge. Ideal dosages vary greatly from patient to patient, depending on factors such as age, gender, weight and other medications taken. Recently, clinicians identified two genes, CYP2C9 and VCORC1, that also affect warfarin tolerance, but nobody was sure about the exact role these genes play.
Physicians usually start patients on a dose of five milligrams per day.
"For about 50 percent of the population, this dose works fine," says Page. But for the other 50 percent or so, serious problems can arise when patients take levels that are either too high or too low.
Genetic Information Improved Dosing
In the study, researchers collected a variety of models used or suggested by the clinicians at the participating institutions to determine warfarin doses.
"The goal of each model is to look at several variables and say, depending on the weight of each variable and the combination of them all, which dose a patient should get," explains Page, an expert on a modeling approach called machine learning.
Researchers tested the performance of 14 models by comparing them to patient outcomes. They found that two models - an older technique called linear regression and a newer one called support vector regression - were equally successful when a combination of clinical information and genetic data was included.
"We found that incorporating a richer set of clinical variables significantly improved dosing," Page says. "Adding genetic information improved the predictions even more."
And while the model worked very well for patients on the standard five milligrams per day, it worked even better for the other half - those who could either bleed or clot excessively.
In the end, the researchers chose the linear regression model, with eight variables, as the best.
"Clinicians voiced a strong preference for it because it's much easier to understand and use than the support vector regression model," says Page, noting that the tool is easily accessed in a spreadsheet or by means of a computer program.
Physicians will soon test the model in a major clinical trial to be sponsored by the National Institutes of Health.
Page says the study is a perfect example of the kinds of studies that will be undertaken through the Wisconsin Genomics Initiative, which has a built in, large scale genetic database.
"We hope to do similar studies for hundreds of medications and diseases," he says.
Page's graduate students Eric Lantz and Tim Chang also contributed to the study.
Date Published: 04/30/2009