Finding the Link Between Obesity and Breast Cancer

Finding the Link Between Obesity and Breast Cancer 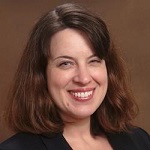 Obesity is commonly associated with an increased risk of chronic diseases, including cardiovascular disease, diabetes and many cancers. Though researchers have long been aware of the link between obesity and breast cancer in post-menopausal women, the reason is still unclear.

UW Carbone Cancer Center member Lisa Arendt, DVM, PhD, a professor with the UW School of Veterinary Medicine, is examining how the cellular conditions that arise during obesity influence the environment around growing breast cancer tumors. Her research group studies the effects of obesity using cancer cells in culture dishes and mouse models as well as with breast tissue samples that were generously donated by women undergoing elective breast reduction surgery.

“If we study different breast cancer cell lines in the lab and then implant them into mice, we can look at specific factors that the cells might be making. Then, if we use a high fat diet model to induce obesity in mice, we can look at what happens to the cells that are actually in the mammary gland. And then what does it look like in human cancer? Is it similar? Is it different?” Arendt says. “This way we can at least try to pull apart different pieces that contribute to cancer development, because it is so complicated.”

Arendt and her research group have isolated several different cell types from the mammary glands of both lean and obese mice. In a recent study, they showed that obesity profoundly changes the growth of cells – specifically a type of connective tissue cell known as stromal cells – in the local fatty tissue environment. First, they found the cells from obese mice grow faster compared to those from lean mice. Cells from obese mice also start to act more like muscle-like fibroblast cells, forming a supportive network around the other cells in the mammary gland. This type of network becomes problematic when a tumor starts growing.

“The cells that are normally in the mammary gland or breast tissue get co-opted as the tumor starts to grow into doing abnormal things and growing with the tumor instead of keeping growth restricted,” Arendt says.

Arendt and her group showed that when injected into the mammary glands of lean mouse breast cancer models, the fatty tissue stromal cells from obese mice mixed with tumor cells to form larger, more aggressive tumors. She thinks that obesity might promote these changes, because weight loss in the obese mice decreased the tumor-promoting behavior of their cells.

Obesity also causes inflammation, and in their follow-up studies, Arendt has found that obese mice have more macrophage immune cells in their mammary glands even before tumor formation. Once a tumor starts growing, those macrophages help the tumor by causing an increase in the formation of blood vessels and supplying the tumor with the nutrients necessary for its rapid growth. By depleting the macrophages in the mammary glands of obese mice, Arendt’s lab showed that they could decrease blood vessel formation and slow tumor growth to that of the lean mice.

“There are a number of clinical trials that are looking at macrophages as a target and some that are looking at blood vessel formation as a target,” Arendt says. “Potentially looking at obesity in those patient populations may be important because it seems like that could be a difference in the tumors of obese patients compared to lean patients, so they may particularly benefit from those types of interventions.”

While it is not clear yet how these changes in that occur in the cells surrounding tumors affect obese women, Arendt’s team is looking at clinical samples of tumors to see if some of the changes they have observed in mice are also present in women.

“We’re at a place now where there’s a lot known, but as more information becomes available, then there are always more questions to ask,” Arendt says.