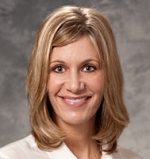 Madison, Wisconsin - UW Health hospitalist Dr. Ann Sheehy has been selected as one of the top 10 hospitalists in the nation in 2014 by the American College of Physicians. This is the seventh year the ACP Hospitalist publication’s editorial board has made a top 10 list of physicians who stood out from their peers by their exemplary work.

“This is a nice honor to be recognized by my peers and other leaders in the field,” said Sheehy. “Not every hospital in the country has the hospitalist program as we do and I am proud to represent Wisconsin on a national level. It’s a relatively new field and this speaks to the high quality of work and talented doctors we have here.”

A hospitalist is a doctor who specializes in treating patients in the hospital. UW Health started its hospitalist program in 2005, the same year Sheehy began work at UW.

Sheehy has been on the national stage during the debate over Medicare coverage for the elderly. She has been a strong advocate for reform of Medicare rules for observation and inpatient status.  In 2014 Sheehy has testified twice in front of Congressional committees to promote changes in how the federal government enforces decisions about hospital-stay status.

Sheehy grew up in Middleton, Wis. She completed her undergrad work at Stanford, and then went to medical school at Mayo Clinic in Rochester, Minnesota followed by her residency at Johns Hopkins Hospital. She came back home in 2005.

Sheehy will be featured in the November issue of ACP Hospitalist.