Dispatches from the International AIDS Conference in Mexico

Dispatches from the International AIDS Conference in Mexico

Media Inquiries
news@uwhealth.org
UW Health Services
Infectious Diseases
Heidi Nass, an outreach specialist and patient advocate for UW Health's HIV/AIDS Comprehensive Care Program, is in Mexico City this week for the International AIDS Conference.
Read more: Addressing the World on HIV/AIDS
Nass is writing "blog"-like accounts from the conference for uwhealth.org. UW Health is pleased to provide a venue for Nass to share her experiences at the conference. The experiences and opinions she shares here are her own and may not represent UW Health's positions, strategies or opinions.
Day 1: Saturday, August 2, 2008
Greetings from Ciudad de Mexico, Mexico
Greetings from Ciudad de Mexico, Mexico. Mexico City is the site of AIDS 2008, the 17th international AIDS conference ever held and the first one to take place in Latin America. It is also my first one, so I am very excited, a little anxious and altogether delighted to be here.

It's worth noting that there has never been an international AIDS conference in the United States because the U.S. has prohibited entry of people living with HIV/AIDS into the country since 1987. Included in the new AIDS funding legislation that was passed by Congress in recent weeks, the legislative part of the HIV travel ban is repealed but the ban remains because the government still has HIV on a list of communicable diseases that bar entry into the country. It's a relic from the days of ignorance about how HIV is transmitted, but a shameful relic, for sure.

Meanwhile, in Mexico City, things are already underway at the conference even though the opening session isn't until tomorrow evening. The venue is enormous – big enough to accommodate the estimated 25,000 people who will attend the conference. 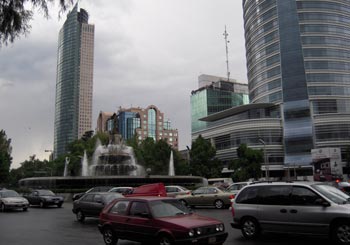 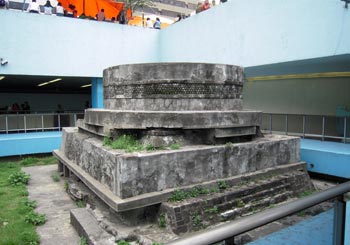 PHOTO (above): Ruins from 1500 BC in the middle of a subway stop
On any given day at any given time, there can be upwards of 25 sessions running concurrently on a multitude of topics. I'm already in a panic about how in the world I will choose which sessions to attend. Sessions start as early as 7:00 a.m., usually run in two-hour segments, and conclude at 8:00 p.m. We are told that Mexico City traffic can easily add an hour each way in travel time to the day, so I'm not expecting a week of calm and relaxation, let's say. 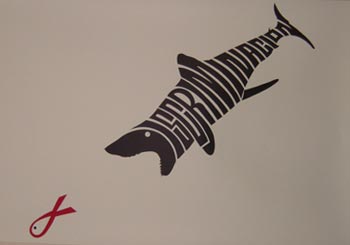 PHOTO (above): "La Discriminación," art from the Global Village of the International AIDS Conference
I am here as a delegate with UNAIDS, an intra-agency program of the United Nations that is really the international "house" of HIV/AIDS policy and programming. I was asked to be part of a panel presentation for a session called "Making HIV Trials Work for Women and Adolescent Girls." My part is titled "Creating Meaningful Research for Women: Issues and barriers from the community perspective."

I am very honored, of course, to be participating in this session and yet I feel self-conscious. I know that I am "qualified" to speak – I am a woman living with HIV, I work every day in a clinic of 800 patients and see up close the common struggles of people living with HIV/AIDS, and I have many years of research advocacy on the national level under my belt – yet I am, in the end, one person with one experience. How can I speak to "the community's issues" as it is often put? I am comforted that there is not The Community, as some sort of monolithic entity of people living with HIV/AIDS. In the end, we are all just one person with one experience. Still, I struggle.
Read More Dispatches from the International AIDS Conference in Mexico