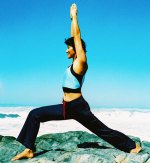 MADISON – Have you ever heard of ortho-phenylphenol? How about N-methyl carbamate? Pyrethroid pesticides?
Most haven't. But according to a Centers for Disease Control (CDC) report on human exposure to environmental chemicals, you probably have at least trace amounts of these chemicals, commonly used in pesticides and insecticides, in your body.
The CDC's third National Report on Human Exposure to Environmental Chemicals used biomonitoring, a sophisticated new way to analyze the presence of chemicals in the body by testing blood and urine, to produce exposure data on 148 environmental chemicals.
While the study did not assess toxicity - chemical presence at levels currently deemed unhealthy - UW Health Integrative Health physicians Rian Podein, MD, and Luke Fortney, MD, believe that this study and an array of others are alarming enough, though the studies go to great lengths to stress that small doses of these chemicals should not necessarily be considered hazardous.
"They're checking for metals, for herbicides, for pesticides, and what do you think they found?" asked Dr. Podein during his "Green Medicine: Healthy People, Healthy Planet" presentation Monday at Monona Terrace in Madison. "The better our lab testing gets, the more chemicals we find."
Dr. Podein also referenced a study commissioned by the Environmental Working Group (EWG), a Washington, D.C.-based non-profit organization, during which the umbilical cords of 10 newborns were analyzed for 413 known toxic chemicals. On average 287 of those chemicals were found, which means the chemicals were in the children's bodies before they were even born.
The common rebuttal to such findings, echoed by Mark Biel, executive director of the Chemical Industry Council of Illinois at the time of the EWG release, maintains these studies don't say anything about whether the chemicals are dangerous at existing levels. It just proves they are there.
"It's nothing more than a witch hunt," he said. "Understanding the risks posed by products means more than knowing what their toxicity is ... it means also understanding levels of exposure."
Maybe, but both Dr. Podein and Dr. Fortney, who followed Dr. Podein with a talk about body detoxification methods, believe in the precautionary principle. If you don't know what it does, they say, it's best to avoid it entirely, because chemicals that have not been studied at all are not considered dangerous by regulatory groups such as the Environmental Protection Agency.
"Chemicals are innocent until proven guilty, and the burden of proof is on us, not on the chemicals," Dr. Podein said. "This is where it's important to understand what lens we're looking through. Many are using an old paradigm that says the toxicity of a chemical is related to its dose. This is no longer the reality. The doses we need to be concerned about are any dose. We have new illnesses and we don't know where they're coming from."
"There are people who are suffering," added Dr. Fortney. "We are all having to some extent exposure to environmentally-caused illness, but there's no (scientifically-proven) evidence."
What can we do to reduce our risk of getting sick from exposure to substances we can't even pronounce? Dr. Podein recommends a combination of knowledge and caution. In his practice he always tells patients that prevention before is always preferable to treatment during. The same rule applies to chemical toxicity.
"Avoid toxins," he said. "Knowing what does cause harm and what could cause harm, and then playing it safe on the other things, is a pretty good start."
Dr. Fortney spoke at length about detoxification regimens, many of which he discusses when he sees patients through the Integrative Health Center and some of which patients can do on their own.
Detoxification rituals can range from the obvious, like a dietary change that reduces toxin-laden foods (beef produced on modern factory farms are a primary culprit), to practices of which some patients may not be aware, like mindfulness-based stress reduction or meditation.
"All of these things are a kind of detoxification, or an enhancing of the body's own ability to heal and restore itself," he said.
The key, said Dr. Fortney, is finding the right combination for the specific person.
"Our treatment plans are very individual," he said. "We want to make sure we match up the therapy to the person."
For patients interested in treatment, Dr. Fortney suggested they answer the following questions:

"It should be safe, simple, accessible and affordable," Dr. Fortney said, and added that the patient's confidence in the treatment is as important as the treatment itself. "If you have buy-in from the patient, you mobilize an internal healing response. That's part of the therapy, working with them to set up their own plan."

And both doctors emphasized the importance of not getting discouraged. Keep reading, keep talking, keep asking questions, because success is a distinct possibility.

"This is a movement of social change," Dr. Podein said. "Where it goes from here is up to us. There's no place to look except in the mirror."