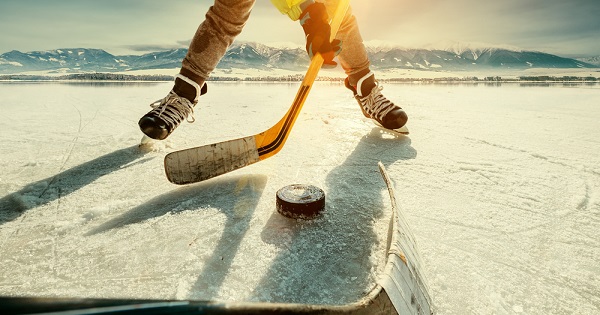 While winter sports enthusiasts keep their equipment in shape - waxing skis and sharpening skates - they can also ensure their bodies are able to meet the demands of the slopes and ice by working on their core strength.

"The core is your hips, butt, abdominals and lower back – basically from your ribs down to your mid-thighs," says UW Health sports performance specialist Sean Casey. "The core guides the entire body and allows you to keep vertical during dynamic movement, as well as solid posture at rest."

"Athletic core strength isn't necessarily about how much weight you can lift in a given exercise," he says. "Rather, it's muscle coordination - being able to establish an efficient movement pattern from top to bottom, such that when we land from a jump, we land in a position that promotes efficiency in subsequent movement and overall joint health."

The best way to develop the type of movement skills to which Casey refers is to emphasize variety when creating your core workout.

"It's not about pumping out 100 sit-ups or holding a plank for four minutes," he says, adding, with a laugh, "Very few people spend their days in a plank position. It's not a movement that necessarily transfers to everyday life the best. If you think about it, outside of maybe swimming, very few athletes spend much time in the prone (belly to the ground) position."

Instead, Casey recommends exercises that create what kinesiologists refer to as the "serape effect." In everyday language, the serape effect acknowledges the way core muscles connect opposite sides of the body – the right shoulder and left hip, and the right hip and left shoulder. (The name is derived from the Mexican shawl that is draped across the body.)

The proper core workout establishes a strong, supportive base along that diagonal path, which translates to stability during sports participation. For people looking to increase their core strength to benefit their skiing and skating activities, that means going beyond static routines.

"I like to work in different planes of motion," Casey says. "Instead of doing all your core work in a straight plane of movement, like sit-ups, do exercises that that coordinate the different planes."

To do so, Casey recommends getting low and working from simple to complex movements.

"Work from the ground up," he counsels. "Focus on progressing to challenging positions that involve keeping the body vertical."

Glute bridges are a good starting point. Lie on your back with your knees raised and feet flat on the ground, and lift your hips straight up, while maintaining a neutral spine. Then lower them back to the ground. To create a rotational force for your body to overcome, extend one leg out.

From there you can come up to what's known as the "quadruped position," which involves being on all fours, with your hands beneath your shoulders and knees beneath your hips. Straighten one leg behind you and return it to the ground, and do the same with the other leg, and both arms. As your balance and confidence build, lift opposite legs and arms in tandem, and perhaps add a core wrinkle by lifting them out to the side.

That variety will produce the serape effect and help you prepare for the kneeling and half-kneeling exercises Casey favors. In a half-kneel, one leg is raised so the knee bends at a 90-degree angle and the foot is flat on the floor. The opposite knee remains on the ground. From this starting position, a number of movements are possible – rotations, arm extensions and diagonal chops and lifts. As you progress, you can even incorporate resistance to the movement, like cable extensions, rows and again the diagonal chops and lifts.

All will force the core muscle groups to work in multiple planes, which translates to more efficient movement when doing things like skiing and skating. It also helps prevent injuries common to winter sports, because inadequate core participation forces the knees and ankles to absorb a disproportionate amount of the load.

"Being able to stabilize your body is going to make your movements more efficient, thus increasing your performance and keeping you healthy," Casey says. "If you don't have the core, your knees and ankles are going to take a lot of stress, and that's what leads to injuries."