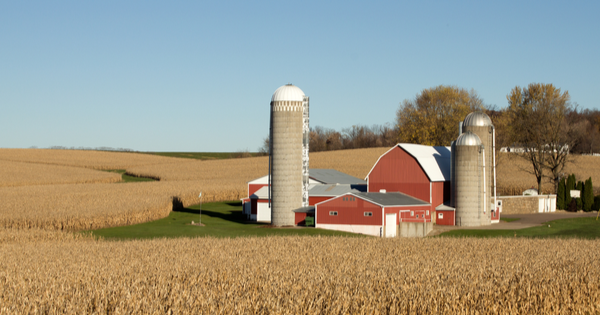 Ten years after the launch of a project to reduce health disparities between urban and rural areas, more Wisconsin residents now have access to crucial cancer information and education than ever before.

With support from the National Cancer Institute, the Cancer Health Disparities Initiative (CHDI) at the UW Carbone Cancer Center created a Rural Program in 2010 aimed at reducing the cancer burden in rural areas of the state, where rates of the disease have traditionally been higher.

Thanks to key partnerships, the development of accessible cancer education materials and concerned individuals stepping up to host educational sessions in their own communities, the past decade has seen progress in chipping away at these disparities.

“It’s really been a local force,” said Cody Fredrick, Community Health Educator and current Rural Project Coordinator. Through the Rural Project, local facilitators are trained by CHDI to host these sessions, but are given the flexibility to tailor the information to their individual communities.

The curriculum they teach, originally developed in conjunction with the Adams County Cancer Awareness Team, is known as Cancer Clear & Simple (CC&S). The educational materials cover cancer basics, prevention, screening and detection. Additional handouts provide specific information on everything from clinical trials to the risks of indoor tanning. They are designed to be used independently or in conjunction with the curriculum.

Adams County was the first to implement CC&S, having been selected to host the pilot project. Now, facilitators have been trained representing half of Wisconsin counties, and many educators have found unique ways to get that information out. For instance, in Juneau County, a local team now travels to every middle school in the county, presenting the information to seventh graders. Meanwhile, Forest County Potawatomi employees have the opportunity to attend CC&S sessions in conjunction with their health care plans.

More recently in Adams County, a partnership was formed with the Adams-Columbia Electric Cooperative to host lunch-and-learn style educational sessions for the community. It also gave CHDI an opportunity to conduct a research pilot to measure the impact of these sessions. “We found some statistically significant findings from them, even though it was a very small sample size, including an increase in cancer knowledge and intent to share information,” Fredrick said. The collaborative project between CHDI and the Adams County Awareness Team was also recognized by UW-Madison in 2017, winning a Community-University Partnership Award for their ongoing work.

Throughout the years, CC&S materials have also been adapted to serve specific populations, regardless of where they live. The curriculum has been adapted specifically for African-American, American Indian and Latinx audiences. In 2016, a Spanish version of CC&S was released. All materials and adaptations are free and available online.

Because of that availability, the curriculum has even caught the eye of those outside of Wisconsin. Fredrick says he’s been contacted by individuals across the country looking to use the materials in various ways, including a Pennsylvania-based educator who trains clinical providers in Africa about how to talk to patients about cancer prevention and screening. “It’s been amazing to see where it’s been used, where folks have found it and how they’ve incorporated pieces of it in different ways,” he said.

Fredrick also notes that CC&S has made it easier for people to talk about cancer, something that’s been challenging in the past. “There’s this stigma around cancer in a lot of rural areas that we found right from the start that we really wanted to address,” he said. “Now people seem less afraid to talk about. Everyone has a cancer story and a connection to it.”

While there’s a lot to celebrate from the first ten years, CHDI is already looking ahead to the next decade. While their broad outreach and education efforts will continue across Wisconsin counties, Fredrick says his work will take on a research-driven, more focused approach in many ways. Using the data that’s been gathered, CHDI hopes to pinpoint specific areas of the state that aren’t being served and expand CC&S to new audiences who may need it the most.

“We have all these great tools and we know a lot of things, but it’s hard to get it out there to everyone, to make it accessible across the board,” Fredrick said. “We want to make that targeted effort to find those areas, figure out what works there, and see if we can’t use those findings to support other places as well.”