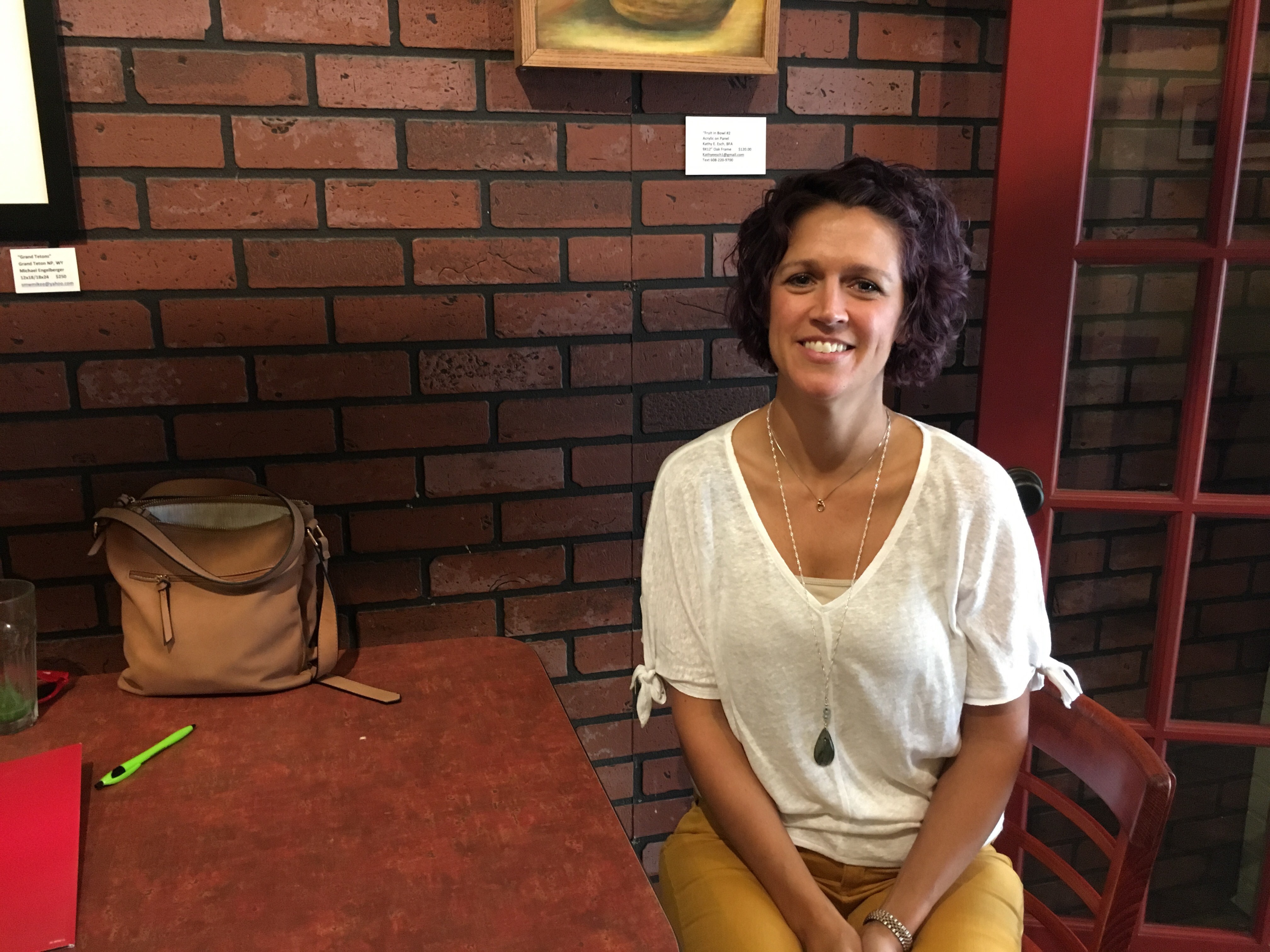 For the longest time, Taya Larson was scared to use the “R” word – remission.

She’s been through a lot over the past two-and-a-half years. After a surprise diagnosis of non-Hodgkin’s lymphoma in early 2017, the 40-year-old teacher from Oregon, Wisconsin received several chemotherapy treatments and a course of radiation. A scan appeared to show a remission after the radiation, but the tumor came back, bigger than ever. “It was almost twice as big as when I first was diagnosed,” Larson said.

But now, one year after receiving an innovative immunotherapy called CAR T-cellular therapy at the UW Carbone Cancer Center, Larson is no longer shying away from the word.

“I’m finally telling people I’m in remission,” she said. “My husband and I were afraid to be happy about a clear scan. But finally, I think we’re good.”

It’s also an exciting development for Larson’s oncologist, Vaishalee Kenkre, MD. “We are very hopeful that this continued remission at one year is an indication of a cure,” Kenkre said.

Up until a few years ago, a cure wouldn’t have even been in the conversation for a lymphoma patient like Larson. “Quite honestly, I think probably less than 10 percent of patients would be alive at a year who were in her position – not responding to standard chemotherapy,” Kenkre said. However, CAR T-cell therapy now gives oncologists like Kenkre a new and potential hopeful option to treat adults with aggressive lymphomas, even if chemotherapy has failed.

Approved by the FDA in 2017, CAR T-cell therapy uses the body’s own immune system as a weapon against cancer, effectively “super-charging” a patient’s own white blood cells. Those white blood cells, or T cells, are withdrawn from a patient and sent to a lab, where the cells are modified with special receptors, known as chimeric antigen receptors or CARs. These new CAR T-cells are then injected back into a patient, where they will then bind to cancer cells and destroy them. Unlike chemotherapy, CAR T-cell therapy is more targeted against the bad cells.

Because of her diagnosis, and the fact that other treatments hadn’t worked, Larson was eligible for CAR T-cell therapy. After the FDA approval in the fall of 2017, the Blood and Marrow Transplant Program at UW worked with various departments in the hospital to construct plans to safely implement and offer this therapy to patients. Larson says that while she was a little leery about being one of the first patients, she trusted Kenkre. “I felt okay with it as long as she felt okay with it at that point,” Larson said.

In the summer of 2018, the process got underway. The procedure to extract the cells was fairly straightforward. After that, Larson had three days of chemotherapy, to prepare her body for the new, supercharged cells.

Then in September, Larson was admitted to the hospital to have the cells reinjected. For all the buildup, Larson says the actual procedure was rather anticlimactic. The following week in the hospital, required for CAR T-cell patients so doctors can monitor for side effects, was also fairly anticlimactic, right up until the night before her release. It was then she spiked a fever of 101, followed by horrible headaches. She was kept in the hospital for an additional week.

It was during that time in the hospital, however, that Larson began to notice a change. Prior to having the treatment, she could feel a large lump – the tumor – when touching her throat. That quickly began to change. “You could feel it actually shrinking every day while I was there,” Larson said. “It was pretty incredible.”

An initial scan about a month after the treatment showed good results. Only a tiny spot was visible on the scan, likely some inflammation from the process.

Flash forward a year, and things are still looking good. Larson remains in remission and is now happily back to work, teaching music to students in the Pardeeville school district. After not having been able to teach full-time in over two years, she’s still getting back into the swing of things. “It’s definitely wearing on me, because I’m not in the routine of teaching all day, but you know, it’s getting a little easier,” she said.

She’s also thrilled to once again be able to devote all her attention to her now four-year-old daughter, who couldn’t possibly understand why her mom was often too tired to play with her during her cancer treatment.

Larson credits the support of her family and friends for getting her through some of the hardest years of her life.

As for Kenkre, she’s happy to see the real-life impact of a new and promising treatment, and the positive outcome it had for her patient. “Not only is it wonderful that she’s hopefully cured, I’d like to think her quality of life is actually fairly good for all she had to go through, which speaks to the fact that this therapy can be hard in the short term, but patients can go on to make a good recovery,” Kenkre said.

When CAR T-cell therapy comes up in conversation now, some people have questions for Larson, while others comment that they’ve heard good things about the treatment.