Being Breast Aware and Being Family Aware

Being Breast Aware and Being Family Aware 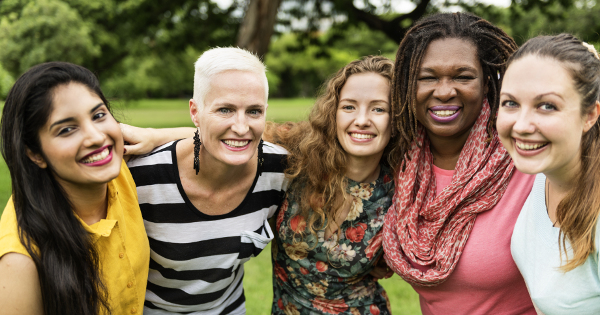 October is Breast Cancer Awareness month, but that doesn't mean it should be the only time that this disease is on your mind.

According to Lee Wilke, MD, FACS, breast cancer is one of the more treatable cancers - if you catch it early.

In addition to having mammograms at appropriate times, Wilke, who is also the director of the UW Heath Breast Center, says there are two big things you can do to reduce your risk: be breast aware and be family aware.

While some breast changes are normal, others - especially those that are persistent - could signal larger issues. Being breast aware means being on the lookout for these changes and taking them seriously. "We don't want everybody to jump at every change, because women have cyclical breast changes, they can get changes with their menstrual periods," Wilke said. "But if something persists, it needs to be brought to the attention of a physician or a provider."

While lumps are the most common symptom of breast cancer, they are not the only signs that something could be amiss. Breast swelling, skin dimpling, persistent redness not associated with an infection are symptoms to watch for. "Persistent redness would be something that should prompt evaluation to make sure it's not a rare form of inflammatory breast cancer," Wilke said.

Changes to nipples, such as bloody discharge or retraction, could also signal a larger issue. Enlarged lymph nodes or lumps under the arm should also be checked.

That last part is extra important. Wilke especially encourages people to speak to their doctor, or another health care professional, if they believe something is wrong. "Don't be shy about highlighting new and persistent changes," she said. "If it turns out to be nothing, we love to tell women it is not cancer."

In addition to being breast aware, Wilke says it's also important to be family aware. That means knowing your family's history of cancer, and bringing it up with your health care provider.

"Please recognize that your family history may dramatically influence your breast cancer risk as well as risk for other cancers," Wilke said.

Researchers have identified many genes associated with breast cancer, but the two most common are known as BRCA1 and BRCA2. If mutated, they can increase the chances of certain cancers developing. These genes can be inherited, thus making the focus on family history extra important.

And while some might just look to their mother's side of the family to assess breast cancer risk, Wilke says it's important to go beyond that. "People forget that there are two sides of their family," she said. Knowing the health history of your siblings, parents, aunts, uncles and grandparents - on both sides - is a good place to start.

"It doesn't have to just be breast cancer," Wilke said. "It can be all cancers."

With the right information, your doctor can call for earlier screenings, which can mean finding cancer earlier and while it's more treatable. A doctor may also recommend taking a genetic test to better understand your personal cancer risk.